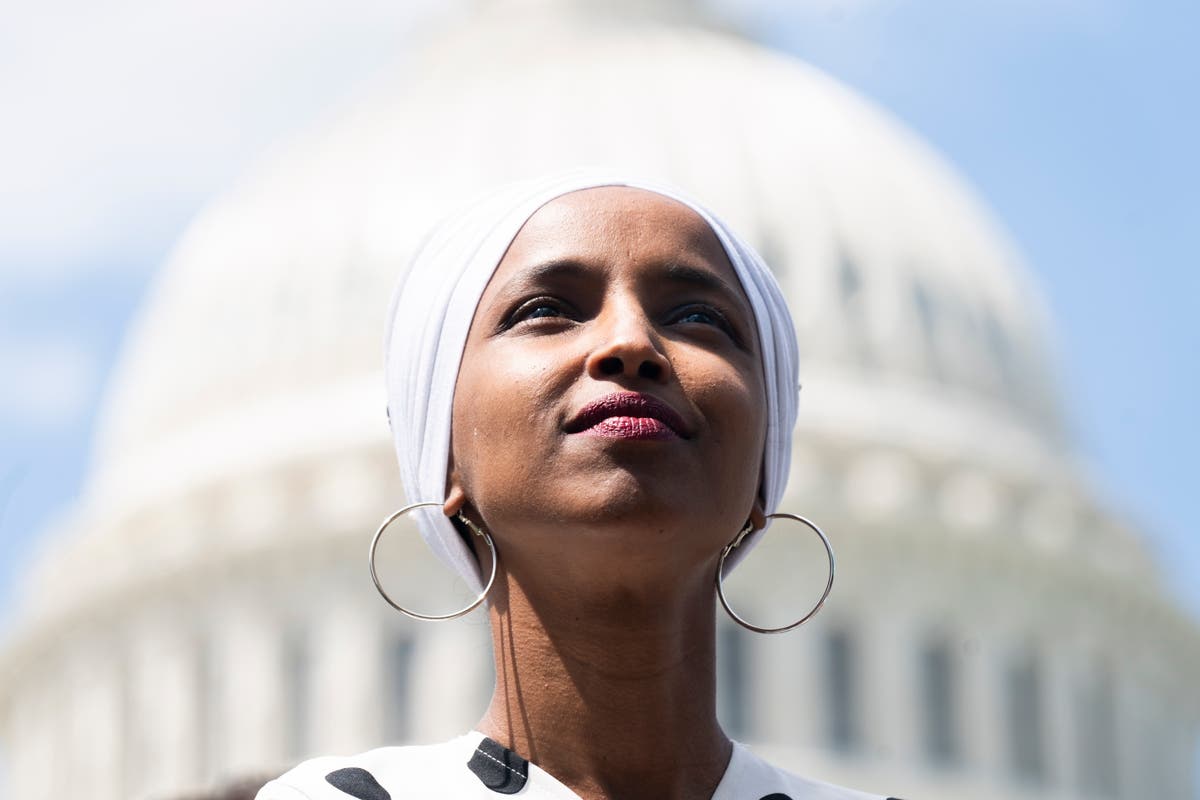 Speaker Nancy Pelosi and the other members of the House Democratic leadership group have issued a rare joint statement, criticising comments made by Ilhan Omar that seemed to equate crimes committed by the US and Israel with those of militant groups Hamas and the Taliban.

“Drawing false equivalencies between democracies like the US and Israel and groups that engage in terrorism like Hamas and the Taliban foments prejudice and undermines progress toward a future of peace and security for all,” the statement read.

The statement, also signed by Majority Leader Steny Hoyer and others, appeared designed to be the final word on a feud that threatened to divide the party this week as it also expressed approval of Ms Omar’s subsequent walk-back of the comments.

Outspoken progressive congresswoman Ms Omar, who was the first Muslim woman elected to Congress, made the first comments in question on Monday, tweeting alongside a video in which she raised a question to the secretary of state, Antony Blinken.

She said: “We must have the same level of accountability and justice for all victims of crimes against humanity.”

“We have seen unthinkable atrocities committed by the US, Hamas, Israel, Afghanistan and the Taliban. I asked Secretary Blinken where people are supposed to go for justice.”

In the video she asked why the federal government opposed investigations by the International Criminal Court into alleged war crimes.

The tweet grouping together the US and Israel with militant groups Hamas and the Taliban quickly drew a backlash that extended to members of her own party. A dozen House Democrats, some of them who are Jewish, signed a joint statement calling her comments “offensive” and “misguided” and demanding clarification.

Republicans were predictably aghast, and the party called for Ms Omar’s expulsion from the House’s foreign affairs committee.

Ms Omar at first pushed back against the Democrat criticism, saying it was “shameful” for colleagues who would call for up to ask for her support were now issuing open statements against her.

She said the alleged “Islamophobic tropes in this statement are offensive”, while accusing the signers of letter of “harassment and silencing.”

“Citing an open case against Israel, US, Hamas & Taliban in the ICC isn’t comparison or from ‘deeply seated prejudice’,” she said.

On Thursday, Ms Omar released another statement, this time “clarifying” her comments. She said she was “in no way equating terrorist organisations with democratic countries with well-established judicial systems”.

She added her comments were about the ICC process and not “a moral comparison between Hamas and the Taliban” and the two democracies.

Speaker Pelosi “welcomed” the clarification and noted that legitimate criticism is protected by the values of free speech in both the US and Israel.

“We welcome the clarification by Congresswoman Omar that there is no moral equivalency between the US and Israel and Hamas and the Taliban,” she said.

The controversy came on the heels of “unprecedented” hostilities between Israel and Hamas that led to the deaths of 12 Israelis and 248 in Palestinian territories, ending in a ceasefire last month.

0 0 0 0
Previous : Texas to ‘build the wall’ on its own, says Republican governor
Next : Charities call on Tory MP to resign over ‘extremist’ remarks about Travellers