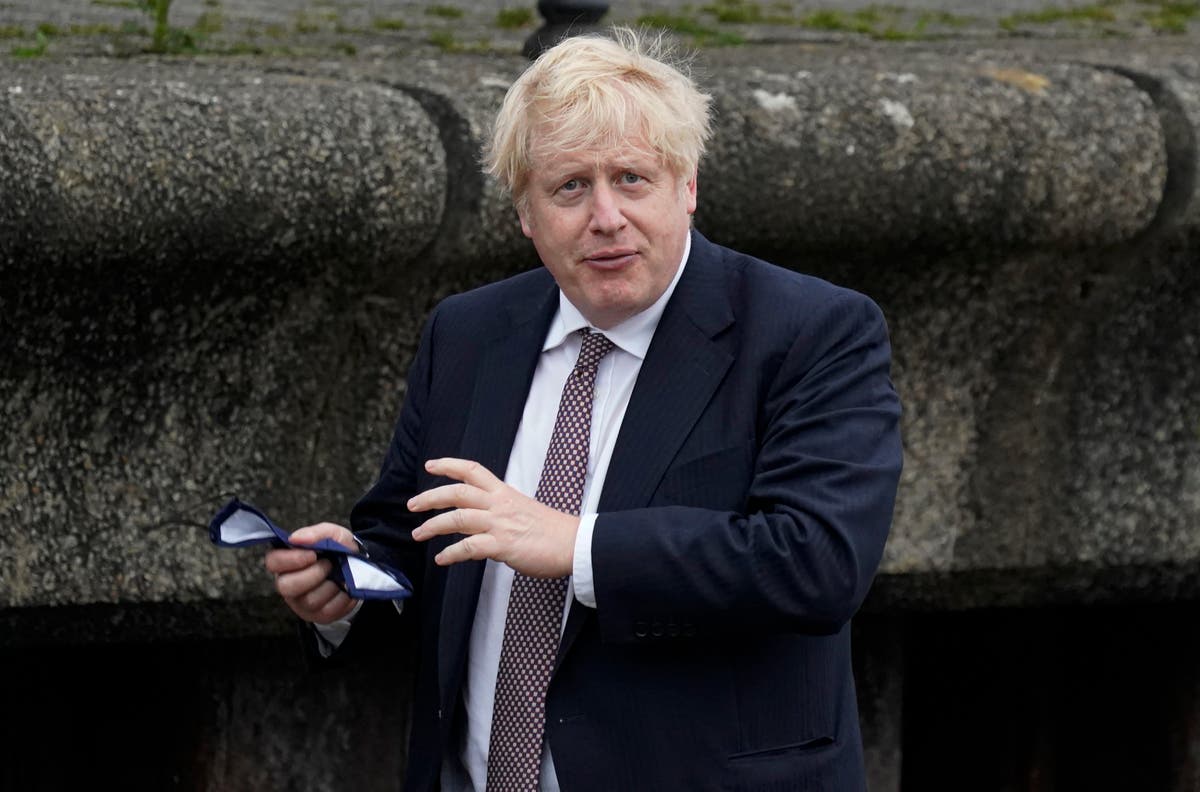 Boris Johnson has called on England fans to get behind the national team and not boo players who take the knee in protest at racial injustices.

Downing Street said the prime minister “respects the right of all people to peacefully protest”.

A spokesman added: “The prime minister wants to see everyone getting behind the team to cheer them on and not boo.”

Mr Johnson had been under pressure to set out his position after former prime minister Gordon Brown said it was time for him to offer public and unequivocal backing for the England players’ protest.

Fans have booed players taking the knee before recent England games in a controversy which threatened to mar the start of the team’s campaign to win the Euro2020 competition, which begins tonight.

On Thursday night one of Mr Johnson’s ministers risked stoking tensions further when she claimed that taking the knee was “creating new divisions” in sport.

She added: “There are some Conservative MPs (that) are very much against it, why? Because Black Lives Matter stands for things that they don’t stand for. It’s really about defunding the police and the overthrow of capitalism, which is, you know, Black Lives Matter the actual political organisation.”

Within hours the vaccines minister had clarified that the government does support the players who take the knee at the Euros this summer – but does not support Black Lives Matter.

Nadhim Zahawi said it was “only right that we back our team” when asked if the prime minister supported the England squad’s decision to take the knee before matches.

He said he wanted to “differentiate” between an anti-racism gesture and the Black Lives Matter “political” movement, however.

But Downing Street went further, saying the prime minister called on England fans not to boo the team for making the protest.

No 10 also said Mr Johnson wished all the home nations success in the championships. As well as England, Scotland and Wales have qualified for the event, which was postponed from last summer because of the coronavirus pandemic.

It is unclear whether or not Mr Johnson will be able to watch England’s first match on Sunday, however. The prime minister is hosting the leaders of the G7 nations in Cornwall this weekend. No 10 said that details of his schedule on Sunday would be set out closer to the time.

0 0 0 0
Previous : American Airlines attendant scolds passengers over their ‘disgusting’ behaviour in video
Next : unlikely alliance of Biden and Boris can rekindle the ‘special relationship’