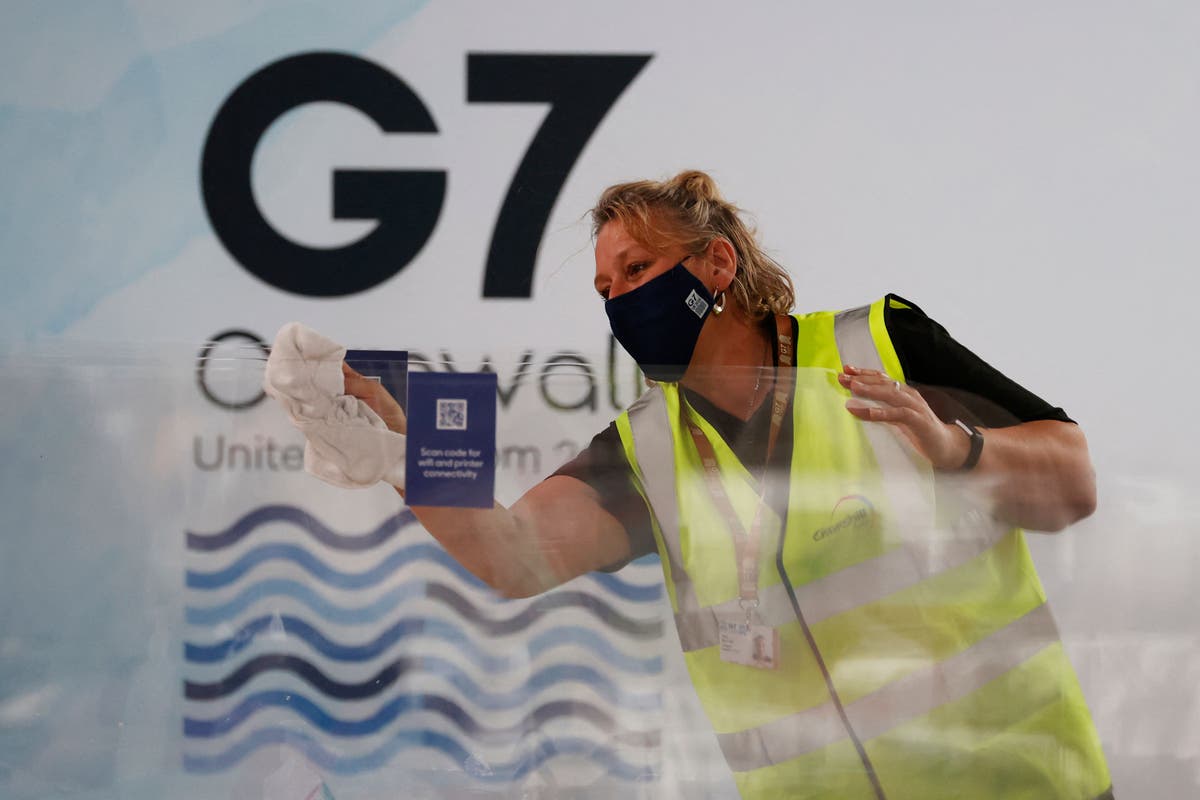 UK to donate 30 million vaccine doses to poorer countries by end of year, with 5 million by September

The UK will donate 30 million “surplus” vaccine doses to poorer countries by the end of the year – including five million by September – after criticism it was dragging its heels.

Opening the G7 summit in Cornwall, Boris Johnson will also pledge to release at least a further 70 million jabs within the next year, as he seeks to display global leadership on the issue.

And, after fears that the donation would count as part of the foreign aid budget – which is being slashed by £4bn this year – it will be “in addition to” the shrunken £10bn aid pot.

The move comes after the World Health Organisation and other global bodies pleaded with rich nations to act, to prevent dangerous new Covid variants setting back progress to end the pandemic.

In an eve-of-summit announcement, US president Joe Biden pledged to buy and donate an additional 500 million doses of Pfizer vaccine to distribute to the world’s poorest countries over the next year.

Mr Johnson said the initial 5 million gift – to help countries struggling the most – could be done without delaying completion of the UK’s programme to give at least one jab to every adult by the end of July.

“As a result of the success of the UK’s vaccine programme we are now in a position to share some of our surplus doses with those who need them,” he said.

The UK, with a 500 million-strong stockpile, would also ensure it had sufficient doses for autumn booster jabs, if needed, and to respond to any new strains of the virus.

In Cornwall, G7 leaders are expected to announce they will provide at least 1 billion vaccine doses and set out a plan to expand manufacturing, as well as measures to prevent future pandemics.

But they are under pressure to meet more of the bill, with 200 former world leaders and ministers, including Gordon Brown and Tony Blair, calling for two-thirds of the £46.6bn cost of vaccinating developing countries to be paid.

Meanwhile, there is a divide over waiving intellectual property rights for vaccines, backed by Mr Biden but not by the UK or most EU leaders.

Ahead of talks on financing, Mr Johnson will announce that 80 per cent of the UK’s 100 million doses will be distributed through Covax, the world aid programme, and the remainder directly to countries in need.

They will be a mix of Oxford-AstraZeneca, Pfizer-BioNTech, Janssen, Moderna and other makes, based on the UK’s supply and requirements at the time.

White House officials said the first US jabs would be shipped through the global Covax alliance in August to 92 lower-income countries and the African Union, with the goal of distributing 200m by the end of this year and the remainder in the first half of 2022.

Speaking after talks with Mr Johnson in Cornwall, Mr Biden said he expected further pledges to be made by G7 countries on Friday.

“The United States is providing these half billion doses with no strings attached,” said the US president. “Our vaccine donations don’t include pressure for favours, or potential concessions. We’re doing this to save lives.”

Biden vowed that America would be the “arsenal of vaccines” in the fight against Covid-19 in the same way that its munitions factories were “the arsenal of democracy during World War Two”.

The UK has argued it has shown global leadership, by funding the Oxford-AstraZeneca vaccine and making it available at cost – rather than at a much higher price, with huge profits made.

Mr Johnson added: “Over a year ago, we funded the development of the Oxford-AstraZeneca vaccine on the basis it would be distributed at cost to the world.

“This unprecedented model, which puts people squarely above profit, means over half a billion doses have been administered in 160 countries so far.”