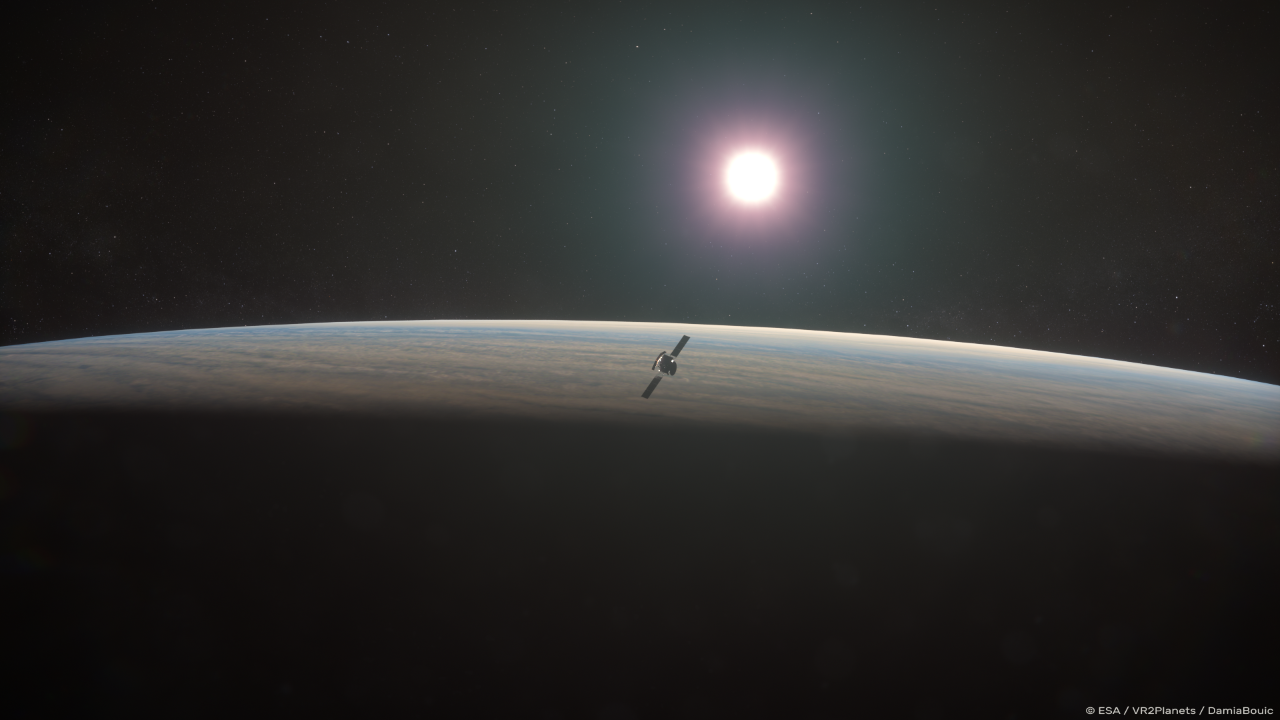 Oxford University scientists will play a leading role in a new mission to study the geology and atmosphere of Venus, our neighbouring planet, helping determine whether it was once habitable – and why Earth became the only known planet that can sustain life.

Researchers from the University of Oxford, Royal Holloway, University of London and Imperial College London will make key contributions to the mission, called EnVision, which has been selected as the fifth Medium Class mission in the European Space Agency’s (ESA) Cosmic Vision programme. With ESA mission costs of €610 million, EnVision aims to investigate Venus by researching past and present volcanic activity and tracking the key volcanic gases that sustain its clouds and hostile environment.

Understanding the evolution of Venus 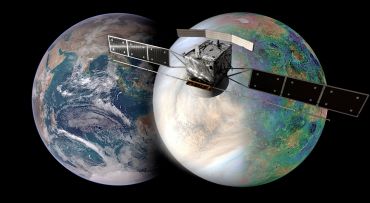 EnVision: understanding why Earth’s closest neighbour is so different

Working with European and American scientists, the UK team will compare geologic and atmospheric processes to those on Earth and other planets and aim to discover more about how interactions between its interior, surface and atmosphere have shaped its evolution.

Venus is the most Earth-like planet in size, composition and distance to our Sun.  When they initially formed, Earth and Venus were probably once quite similar, with oceans of molten rock and thick atmospheres of carbon dioxide and steam. But Earth evolved to become the habitable planet we enjoy today; Venus may or may not have had a habitable phase with liquid water oceans before developing a runaway greenhouse effect which today cooks its surface to an inhospitable 450 degrees Centigrade. The EnVision mission has been designed to study how geological activity throughout time has driven the evolution of Venus’ climate and habitability.

I have been working towards getting ESA to choose a Venus mission for over 15 years now, including balloons, probes and landers and we have been developing this orbiter proposal since 2009

Dr Colin Wilson, Senior Research Fellow at Oxford’s Department of Physics and a Deputy Lead Scientist of the mission comments: ‘It is great news that we will be getting back to Venus. The selection of this mission, along with the two Venus missions seelcted by NASA last week, shows the widespread recognition of how important Venus is in understanding how Earthlike planets evolve to be the way they are.

‘I have been working towards getting ESA to choose a Venus mission for over 15 years now, including balloons, probes and landers and we have been developing this orbiter proposal since 2009. Today’s announcement comes as a great reward for the huge efforts put in over this time by the whole team of scientists and engineers who have brought us this far. The real work lies ahead of us, of course, in getting the mission realised and to the launchpad; I’m then really looking forward the exciting scientific insights it will yield!

The real work lies ahead of us, of course, in getting the mission realised and to the launchpad; I’m then really looking forward the exciting scientific insights it will yield!

‘Oxford has a long history in Venus exploration: Professor Fred Taylor led an instrument which went to Venus in 1978, and was one of the proposers of ESA’s Venus Express mission which orbited Venus from 2006-2014. It is fantastic to be able to carry on this legacy. This Venus mission is relevant to a wide range of planetary research being carried out across the University from terrestrial exoplanet research in the Department of Physics to planetary formation and interior research at the Department of Earth Sciences.’

The EnVision orbiter is expected to launch in 2031-2032. It will take 15 months to reach Venus, where it will take a further 16 months of aerobraking to get into its low circular orbit. Once this stage is achieved, the satellite will start its 4-year scientific study.