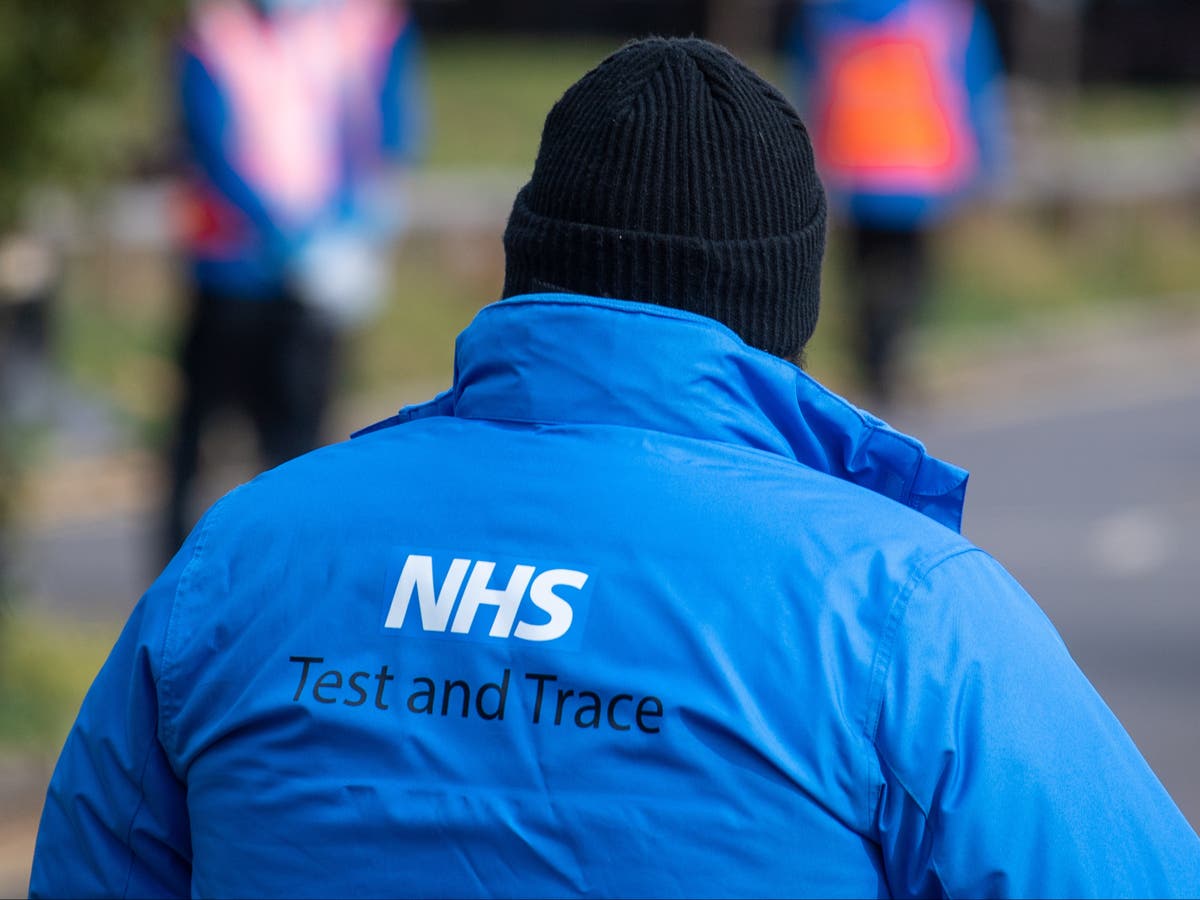 Thousands of clinical staff working on contact tracing for the government’s test and trace service will be axed this weekend, The Independent has learned, at a “critical juncture” in the pandemic.

The move comes as concern grows over the rise in coronavirus cases in most regions of England and with the cases of the Indian variant almost tripling in a week. Boris Johnson warned on Friday that the route of lockdown is in jeopardy, having earlier told MPs in the Commons that new variants posed “the potential for even greater suffering than we endured in January.”

Yet under the changes this weekend, thousands of clinicians employed to assess infected patients and identify their close contacts will be replaced with cheaper non-clinical call centre staff sourced from outsourcing giants Sitel and Serco.

Insiders have said the decision could pose a potential risk to patient safety as some people have been so sick that contact tracing staff have had to call 999 or directed patients to go straight to hospital.

Approximately 125 clinicians will remain employed to handle calls linked to specific Covid variants and international travel. Clinical team leaders will be expected to pick up any risks escalated by the call centre staff who will first need to recognise there is a potential issue.

Rachel Power, chief executive of the Patients Association said: “Having these calls handled more consistently by non-clinical contact tracers raises the prospect that someone’s need for emergency healthcare could be missed, with potentially serious consequences.”

The changes come as the test and trace service is being restructured, with local authorities set to be more involved.

Both Serco and Sitel have received hundreds of millions of pounds for their role in running testing centres and contact tracing. The National Audit Office said the contracts were worth up to £720 million in 2020-21. Both firms look set to continue with the service into the future.

Layla McCay, director of policy at the NHS Confederation, said an effective test and trace system was “critical” in the management of the virus and to guard against future outbreaks involving new variants.

She added: “Although infection rates have fallen, the virus is still in circulation, which means we will need people power and expertise to keep up with testing and tracing, ready to act promptly to halt surges.

“At this critical juncture, the need to maintain all aspects of this essential function must be reflected in all government decisions about staffing the programme, including ensuring clinical expertise where it is needed.

“To support NHS teams, the government must also provide adequate support to ensure people are able to self-isolate when required.”

Removing clinicians from contact tracing will save both companies substantial amounts of money. Clinical contact tracers earn £17 an hour for a four-hour shift during the week and can earn up to £27 at weekends. Adverts online for new test and trace advisers suggest a pay rate of between £6.56 and £9.99 an hour.

In October, The Independent revealed non-clinical staff were being used by the service after it was overwhelmed with calls as infection levels started to rise but now the view of test and trace bosses is that clinical contact tracers are no longer required.

In March the service got rid of 8,000 staff, leaving 14,000 working on contact tracing as demand started to fall.

Martin McKee, professor of European Public Health at the London School of Hygiene and Tropical Medicine told The Independent he was speechless at the idea of removing most clinical staff from the test and trace service.

He said: “The so-called NHS test and tracing system has been problematic from the very beginning. They now seem to be taking the bits that worked and seriously disrupting them at a time when we need to be more vigilant than ever.”

The latest news was broken to staff in a webinar by Jamey Johnson, director of operations. It will take effect on Sunday, 16 May when their accounts will be deactivated and they will be unable to book any more four-hour shifts.

One affected contract tracer said: “There is always going to be a risk where staff are not clinically trained and where the public expect them to be. I’ve spoken to numerous patients since last year who I’ve called 999 for or who I have directed to A&E. The vaccine rollout and the evidence that it reduces hospital admissions will partly deal with this risk and people aren’t as hesitant to attend A&E.”

They said the current situation probably didn’t warrant thousands of clinical case workers but they added: “The non-clinical staff should have better clinical oversight.”

Serco and Sitel have been involved in test and trace since May 2020 and will take on a greater role in the future as fewer clinicians are employed.

Labour has demanded more responsibility be handed to local public health teams, rather than continuing to rely on the private sector, amid fears that the quality of service on offer may not match that of the original clinical staff.

“To prevent infections rising again the NHS must be supported by a functioning test and trace system that is able to catch outbreaks and stop the spread of new variants,” shadow health minister Justin Madders told The Independent.

“Ministers must hand contact tracing to our expert local authority public health teams to ensure we have a contract tracing system that’s fit for purpose as restrictions ease further.”

One public health director of a town in northern England said their council will be aiming to carry out consistent test and tracing for the next 12 months, “possibly two years,” before looking to scale down operations – “depending on what happens with the virus”.

The director added: “What I’m doing is trying to think about testing being here for two years. If we have to stand it down after 12 months, great, but the plan is to review it after six months. Not all the funding is necessarily there, so people have to be thinking about that as well. It will need to be funded, especially if more [test and tracing] does come local. It will need those additional resources.”

A Department of Health and Social Care spokesperson said NHS Test and Trace had contacted over 10 million people since its launch and helped stop chains of transmission to curb the spread of the virus.

They added: “We are continuing to respond to changes in demand and reflect staff numbers accordingly – but where clinical support is needed it will be provided. Just as we increased numbers working in the trace service over the winter, we are now responding to the reduction in case numbers we’ve seen this spring.”

The DHSC said the workforce needed to be re-sized and as cases fell, local authorities would be expected to use a targeted local approach.

It refused to comment on specific contracts for the service but said all contracts would be published.

A Serco spokesperson said: “Serco is proud to be one of the 217 public and private sector organisations supporting NHS Test and Trace, run and managed by DHSC. In recent months the tracing system has been successfully and consistently contacting well over 80 per cent of close contacts.”

The Independent approached Sitel for comment but has yet to receive a response.