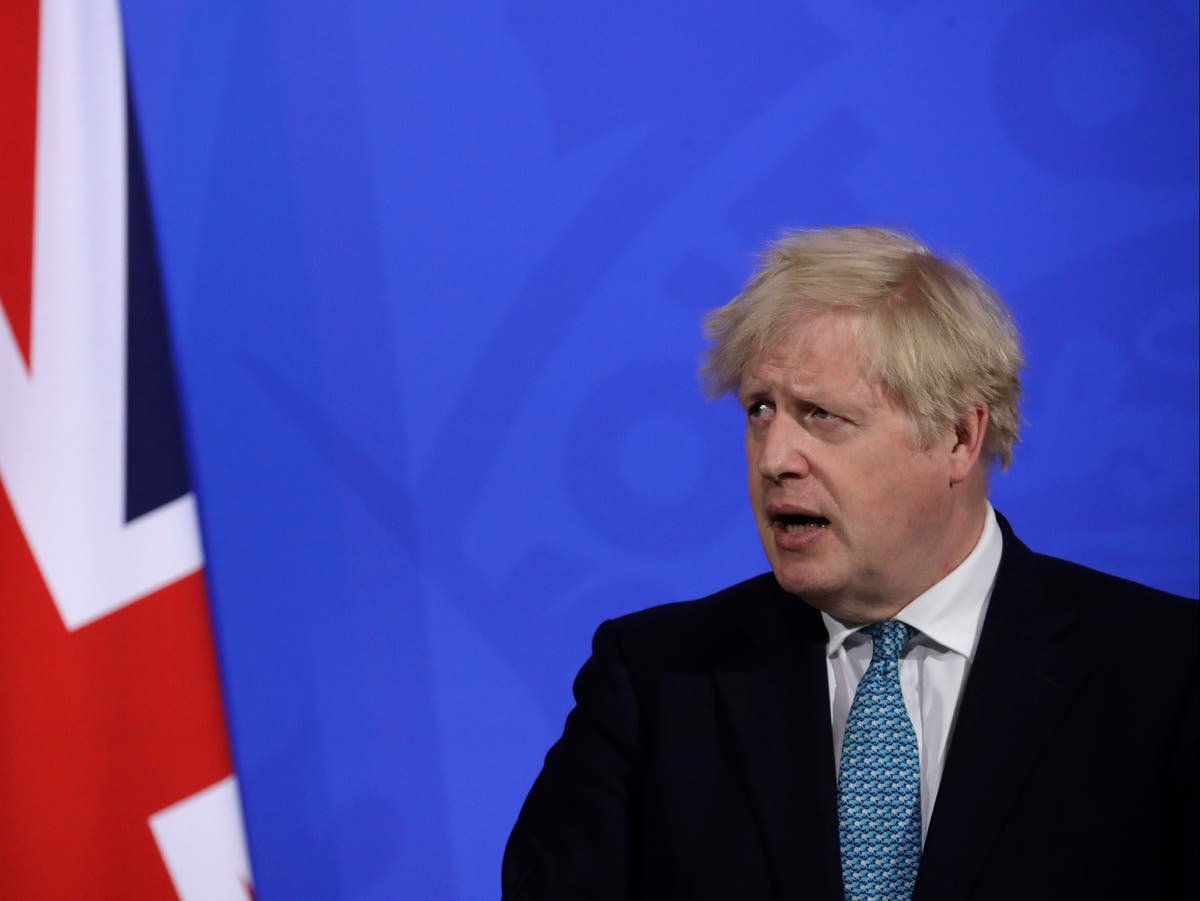 Boris Johnson has warned that the Indian coronavirus variant has created the “risk of disruption and delay”, plunging his government’s plans to end the lockdown on 21 June in jeopardy.

The variant is poised to replace the Kent variant – which drove the devastating surge in infections after Christmas – as the most common in the UK, England’s top medic Professor Chris Whitty said at a Downing Street briefing on Friday evening.

Despite the stark change of tone, the prime minister said step 3 of his roadmap would still go ahead in England on Monday, permitting pubs and restaurants to serve customers indoors and families to hug.

However, in minutes published moments after Friday’s briefing, scientists on the government’s Sage advisory group warned of the “realistic possibility” that the India variant could be up to 50 per cent more transmissible – in which case Monday’s easing could “lead to a substantial resurgence of hospitalisations (similar to, or larger than, previous peaks)”.

“We expect over time this variant will overtake and come to dominate in the UK” in the same way the Kent strain did, England’s chief medical officer, Chris Whitty told yesterday’s Downing Street press conference.

The variant is “quite widely seeded in a number of parts of England and indeed elsewhere in parts of the four nations of the United Kingdom”, he said – with it having been found in at least 15 areas of England.

Our Whitehall editor Kate Devlin has the full story here:

Minutes after Boris Johnson’s press briefing last night, minutes from a meeting on Thursday of the government’s Scientific Advisories Group for Emergencies were published.

They warned that, if the Indian variant proves to be 40 to 50 per cent more transmissible than the Kent variant – which they dubbed a “realistic possibility”, then “it is likely” that Monday’s planned easing of restrictions “would lead to a substantial resurgence of hospitalisations (similar to, or larger than, previous peaks)”.

“Progressing with both Steps 3 and 4 at the earliest dates could lead to a much larger peak,” the scientists said.

In a sharp U-turn on Friday evening – four days after telling the public the end is in sight – Boris Johnson served notice that, if the India strain proves to be far more infectious, he will hit the brakes on his plans to reopen England on 21 June.

Good morning, we’ll be using this liveblog to give you live updates on the coronavirus pandemic as we get them.

0 0 0 0
Previous : CDC Data Show 4,000+ Reported Deaths Following ‘Covid Vaccines’ (a figure that must be multiplied by at least ten in in fact far more) as Kids 12 and Older Now Eligible
Next : Why Does the FDA Get Nearly Half Its Funding From the Companies It Regulates? – David Icke