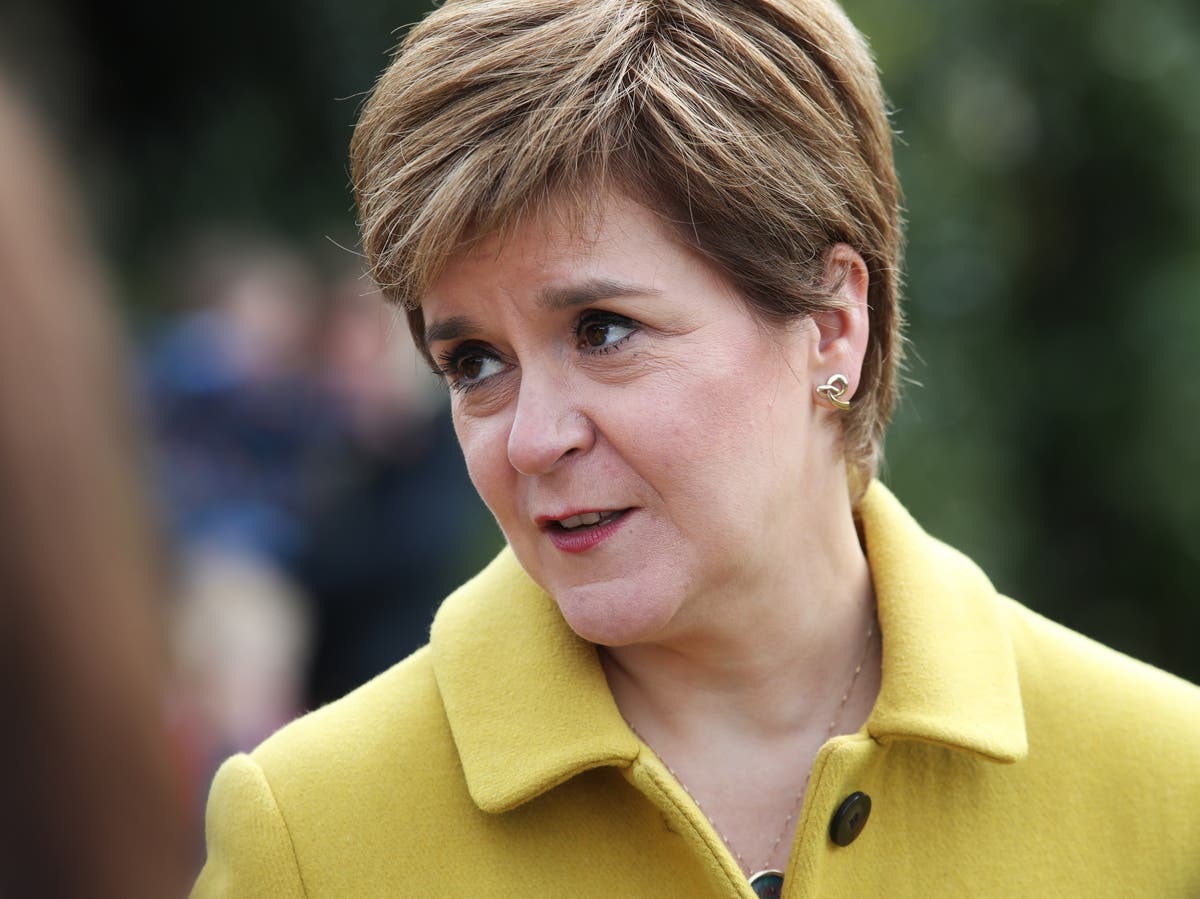 The SNP’s plan to legislate for a referendum on Scottish independence will be a matter for “law officers” to decide on, a Conservative cabinet minister has claimed.

Nicola Sturgeon has challenged Boris Johnson to explain whether he would block Scottish government legislation to stage indyref2 – claiming it would be “outrageous” for the issue to end up in court.

Alister Jack, the secretary of state for Scotland, suggested on Wednesday that a referendum on independence remained part of “reserved” powers held by the UK government.

However, the minister said it would be up to the Scotland’s top law officers to decide whether any inyref2 bill put forward by Ms Sturgeon’s government was in the “scope” of devolved powers.

SNP MP Pete Wishart challenged Mr Jack explain how No 10 would respond to the “inevitable” push for a referendum, after pro-indy parties boosted their majority at the Holyrood election.

Scottish independence: UK break-up would be ‘all Boris Johnson is remembered for’, says Gordon BrownScotland lockdown: Indoor mixing allowed and pubs to fully open as Sturgeon confirms 17 May lifting of restrictionsScotland lockdown easing: What time is Nicola Sturgeon’s announcement today?

Mr Wishart, chair of the Commons Scottish Affairs Committee, told Mr Jack that indyref2 was about “respecting democracy” and the election results.

Mr Jack responded: “If there is a bill that the Scottish parliament brings forward that is deemed by the Scottish law officers to be in scope, then the Lord Advocate, if he has approved that bill, that bill will then go the Advocate General for Scotland.”

He added: “And it will be a matter for the law officers to decide whether or not that bill is in scope.”

The minister also pointed to the terms of the agreement for the 2014 independence referendum – which saw the UK government grant a section 30 order (a provision in the Scotland Act 1998) for the Scottish government to stage a ballot.

Commentators and legal experts have told The Independent the issue is likely to end up in the Supreme Court, where judges will decide whether Ms Sturgeon’s government has the power to stage a legal vote without UK government consent.

Responding to the Holyrood election results, Mr Jack refused to accept that pro-independence parties had won a mandate for another referendum – referring to it as a “ridiculous distraction”.

“Opinion polls do not show a consistent majority for independence,” Mr Jack said – pointing to the “pendulum swing” away from support for separation over the last months.

“When you look at the overall numbers [in the Scottish parliament], the changes are very, very minor indeed … I would say that very little has changed since 2016.”

Scottish Tory leader Ross sparked a furious row with Mr Wishart on Thursday, after he accused the SNP MP of “inept” chairmanship of the Scottish Affairs Committee.

Mr Wishart said he was “trying to get on with his job without personal attacks” – prompting the Tory MP to respond: “When you’re so poor at your job I will personally attack you.”

The Westminster committee clash came as first minister Nicola Sturgeon and Scotland’s other party leaders were sworn in as MSPs on Thursday morning.

Ms Sturgeon said the SNP “pledges loyalty to the people of Scotland in line with the Scottish constitutional tradition of the sovereignty of the people”.