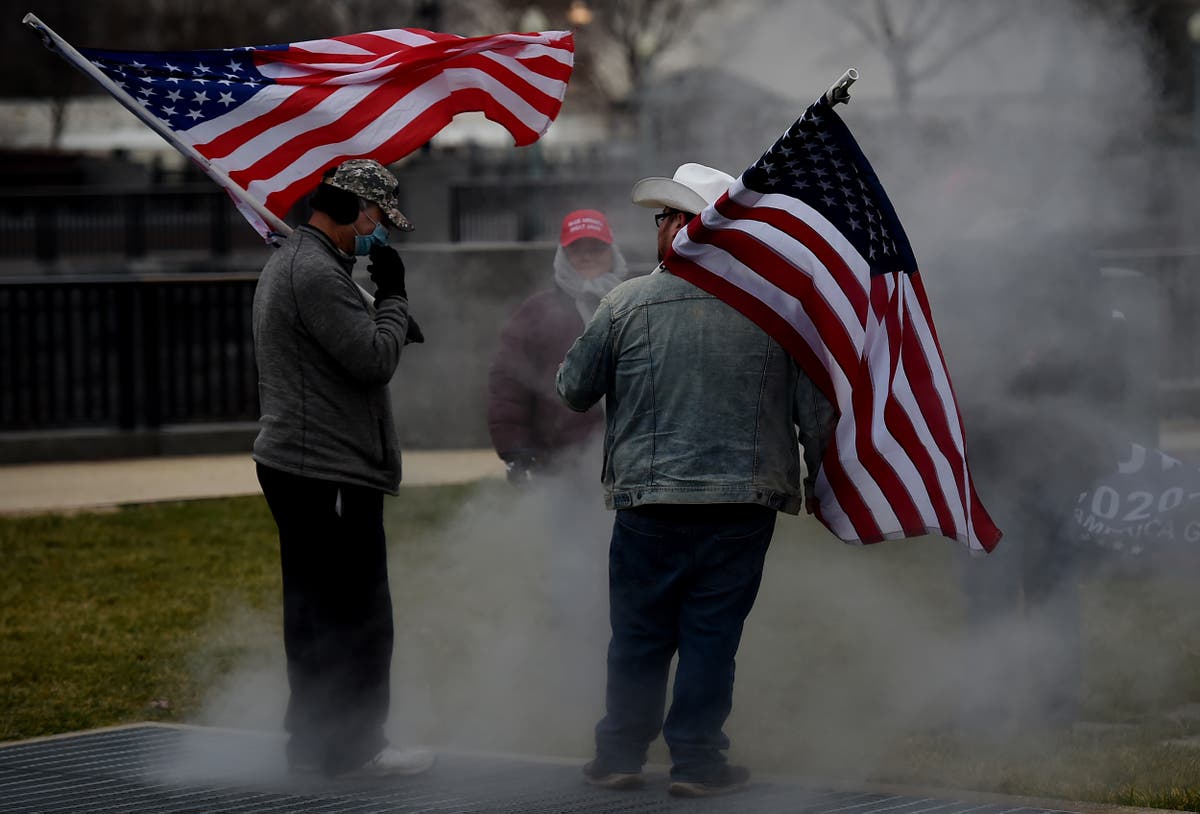 A newly-released body camera footage of a DC cop has revealed the moment he was brutally assaulted while defending the US Capitol during the 6 January insurrection.

The footage obtained from DC Metropolitan Police cop Michael Fanone’s body cam shows the moment a rioter tased him on the steps of Capitol. The rioter could also be heard on the video saying “I got one.”

Mr Fanone, at one point in the footage, can be heard pleading with the insurrectionists to let him go. He is heard saying “I have kids.”

As Mr Fanone screamed in pain, another rioter seemed to interrupt. “Don’t hurt him. We are better than this.”

But this comment didn’t really help Mr Fanone and he claims that he was knocked unconscious during the scuffle. He was beaten up and tased, and his badge, gun and taser were taken during the attack.

The US Department of Justice on Wednesday said that they have charged a New York man named Thomas Sibick for taking Mr Fanone’s badge and radio.

The body camera footage was first revealed on CNN’s Tonight with Don Lemon on Wednesday.

Mr Fanone during the attack on January 6 suffered a heart attack and a concussion and he is now dealing with traumatic brain injury and post-traumatic stress disorder.

He told CNN: “I experienced the most brutal, savage hand-to-hand combat of my entire life. Let alone my policing career, which spans almost two decades. It was nothing that I had ever thought would be a part of my law enforcement career, nor was I prepared to experience.”

In a letter to the elected representatives of the country, on 5 May, Mr Fanone detailed his experience of defending the US Capitol on January 6. He wrote: “I struggle daily with the emotional anxiety of having survived such a traumatic event but I also struggle with the anxiety of hearing those who continue to downplay the events of that day and those who would ignore them altogether with their lack of acknowledgement.” He added: “The indifference shown to my colleagues and I is disgraceful.”

Meanwhile, during the House hearing on Wednesday, Republicans dismissed the 6 January violence and said that the attackers were just “tourists” and “patriots.” Some Republicans used the time during the House committee hearing to defend the rioters and even tried to portray rioters as “victims” instead of the perpetrators of violence.

When Mr Fanone tried to talk to the Republican House minority leader Kevin McCarthy (R-Ca) about the 6 January attack, he says, his office hung up on him and refused to talk to him. Mr McCarthy went on to call Mr Fanone a “liar” when representative Eric Swalwell (D-Ca) tweeted about it.

0 0 0 0
Previous : Fauci officially gives vaccinated Americans the green light to ditch their mask outside
Next : Cameron admits ‘big economic interest’ in Greensill – but refuses to reveal details of pay