postpass postpass Love Has Won: What we know about the ‘cult’ whose leader was found mummified in Colorado – BLN 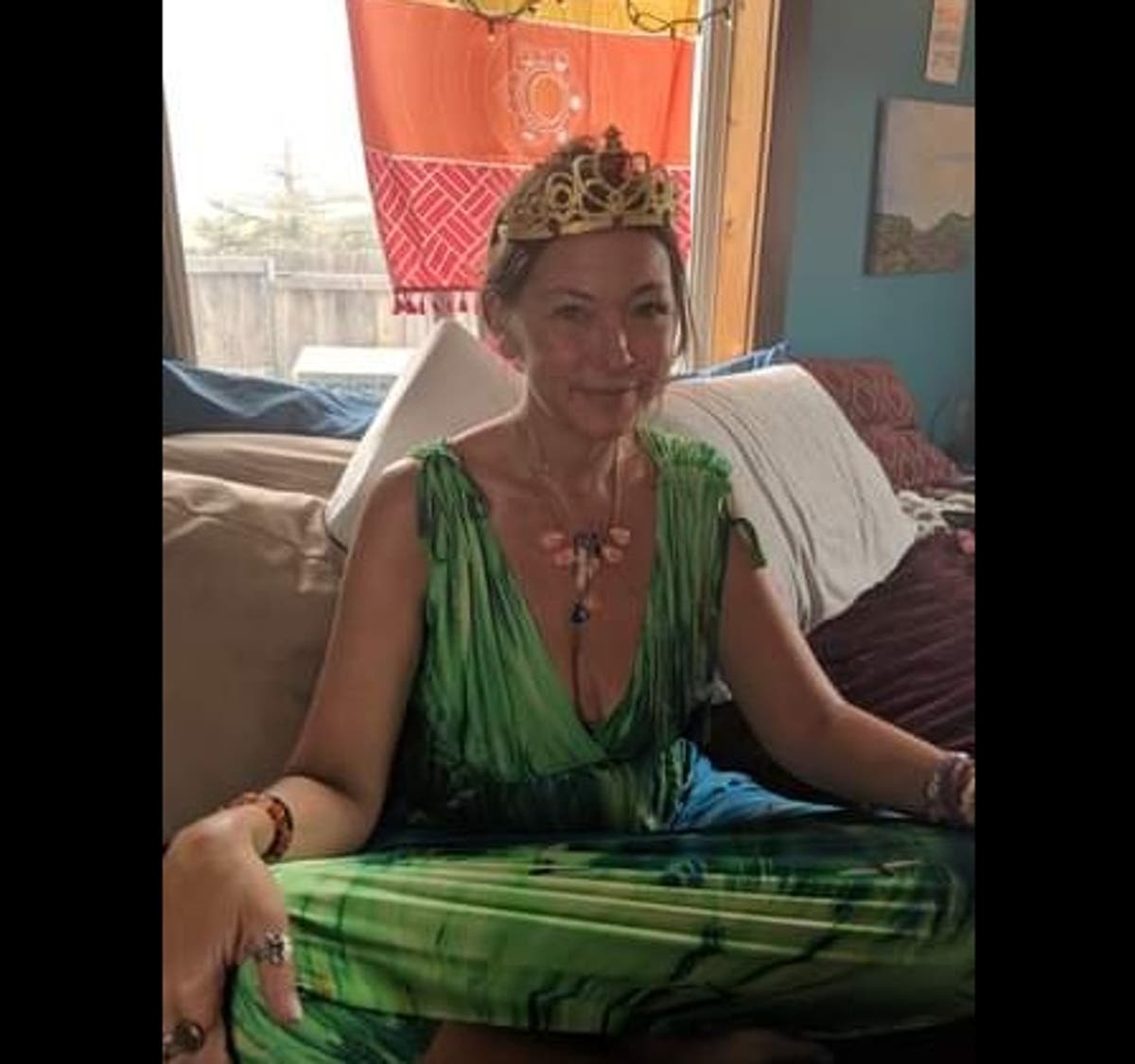 Love Has Won: What we know about the ‘cult’ whose leader was found mummified in Colorado

What began as a wellness check on a member of a religious group in Colorado turned into a bizarre horror story after the corpse of the group’s leader was found wrapped in a sleeping bag, covered in Christmas lights and whose eyeless sockets were decorated with glitter.

The search of the home by Saguache County Sheriff’s deputies resulted in seven arrests and charges that included abuse of a corpse and child abuse.

The corpse’s discovery is just the latest in the bizarre tale of the religious group Love Has Won, which some former members have described as a “cult.”

Here’s what we know.

On 29 April, sheriff’s deputies conducted a search of a home near Crestone, Colorado where members of the religious group Love Has Won were known to be living.

According to a source speaking with The Guru Magazine, a former member tipped police off that the group had been transporting the corpse of their leader, Amy Carlson. Ms Carlson was known to the group as “Mother God.”

During the search, deputies found a decaying body that Captain Ken Wilson of the sheriff’s office said appeared to have been deceased for several weeks to a month.

Investigators searched an SUV on the property and said the backseat was laid down in a position “consistent with someone transporting the mummified remains.”

Deputies arrested seven members of the supposed “cult” who had been living in the home with the corpse. The members arrested were Juan Castillo, Ryan Kramer, John Robertson, Karin Raymond, Christopher Royer, Sara Rudolph and Ma obdulia Franco Gonzalez.

Mr Castillo was known as “Father God,” and was one of Ms Carlson’s many male companions to hold that title. He is believed to have helped run the group alongside Ms Carlson and may have taken over control of the group following her death.

Ms Carlson – Mother God – is believed by her group to be 19 billion years old and to have birthed all of creation. Despite her age, the members also believe she is the child of former president Donald Trump. They believe she exists at a “higher consciousness level” than normal humans, and will eventually lead a group of 144,000 people into the “fifth dimension” in some sort of ascendant journey.

The “144,000” figure is significant in a number of Abrahamic religions and off-shoots. In Christianity, the number represents the total number of representatives from the 12 tribes of Israel who worship God during the events depicted in the Book of Revelation.

It is unclear when Ms Carlson died, but a photo of the group’s leader unconscious in the arms of Mr Castillo was taken on 14 April.

Two days later, Ms Carlson’s family requested an ambulance, claiming she was having trouble breathing and that her eyes were rolling back into her head. According to a source speaking with The Guru Magazine, the ambulance arrived to take her to the hospital but EMTs were told Ms Carlson was not there.

Ms Carlson claimed to eschew any kind of pharmaceutical drug or non-natural medical treatment, which may have influenced her members’ refusal to hand her over to an ambulance.

A spokesman for the group claimed in one of their daily livestreams that Ms Carlson only medicated through natural means – alcohol and marijuana – which led her to frequently appear on streams drunk and high.

A former “Father God” member of the group, Andrew Profaci, told Vice News in a documentary released in March that Ms Carlson became bitter and abusive after nightly bouts of heavy drinking. Mr Profaci eventually left the group and began speaking out against it.

Despite Ms Carlson’s use of alcohol and marijuana, the group’s spokeswoman, who goes by the name “Aurora,” said drug use was prohibited for members.

In a photo taken three weeks before she is believe to have died, Ms Carlson appears emaciated, with thinning hair and a purplish hue to her skin.

Her condition may have been caused by the large amounts of colloidal silver she was ingesting, The Daily Beast reported, citing a county coroner.. Colloidal silver is sometimes used in dietary supplements, but there is no evidence the silver has any medicinal benefit, and – if taken by mouth over a long period of time – can cause the skin and organs to turn blue-grey, and in very serious circumstances cause seizures and organ failure.

“We thank everyone for their Full Surrender to the Divine Plan. Mom will give you the next step in Your Heart in every Present MOMent you’re there, MOM ENTers. The team are respectfully honoring the process law enforcement require and we are grateful for their diligence in protecting Humanity. Mom deeply loves Our law enforcement officers as She does each and everyone of Her children,” the Facebook statement said.

Ms Carlson’s family said she started the Love Has Won group after leaving her job at McDonalds and ending her third marriage when she was in her 30s.

Ms Carlson and her current “Father God”, Mr Castillo, have been accused of abusing members of the “cult” by family members and former members.

Former members claim they were only allowed five hours of sleep each night and were expected to wait on Ms Carlson hand and foot throughout the day.

A group of 12 to 20 core members of the so-called “cult” lived together in homes alongside Ms Carlson.

Members conducted daily livestreams, which were intended to recruit more members, and they also sold “health supplements” in order to raise money to keep the group afloat.

Numerous videos have emerged of Ms Carlson being abusive to members, animals and children. In one, Ms Carlson is holding a small child on her lap, who is crying. She calls for the child to be put in time out, and a member appears to grab the child and shut them away in room.

In another video, Ms Carlson holds a cat under its arms, and then lifts it high in the air by its scruff and holds it there, dangling, until it stops making noise. Other videos show her screaming at a member who accidentally brought her meatballs instead of chicken parmigiana for a meal.

That member was later screamed at by Mr Castillo, who took on a disciplinary role in the group. He has been recorded calling members “insane” and telling them they cannot serve God if they’re insane.

The group’s spokeswoman denied any abusive, suggesting former members were “lazy” and the kind of people who “sit on the couch or lay in bed all day.”

Expulsion from Hawaii and Return to Colorado

The group left its Colorado house and moved the core membership and Ms Carlson to Hawaii, allegedly to help the leader deal with her ailments, which included cancer and paralysis from the waist down. Ms Carlson reportedly called for her members to join her in Hawaii to travel through a “portal to Lemuria,” referencing a Hollow Earth conspiracy theory alleging a group of ascendant beings called Lemurians live in a utopian city called Lemuria deep beneath the Earth’s crust.

The group set up its Hawaii headquarters in a house on the island of Kauai, but upon discovery faced fierce opposition from locals, according to local news site The Garden Island.

Protesters engaged in a multi-day standoff with the group, surrounding the house, engaging in prayers, and burning driftwood in fires around the building.

At one point Ms Carlson claimed she was a reincarnation of the Hawaiian deity Pele, further infuriating the Hawaiian protesters.

The group left the island after a few weeks and returned to Colorado.

Once back in Colorado, the group re-established itself and continued its normal operations, though it appears Ms Carlson’s health continued to decline until her death, which is estimated to be early April.

The group is still operating despite Ms Carlson’s death and the arrest of their de facto leader, Mr Castillo.

Love Has Won members continued to post “Daily Energy Update” livestream videos on YouTube as recently as Tuesday, though the duties have largely fallen to the group’s international members.

The group’s spokeswoman and core members have not appeared on the livestream since the arrests.

Members controlling the group’s Facebook page have continued to engage in damage control, telling curious adherents that the official police report claiming Ms Carlson died weeks ago is false, instead alleging that she died the night authorities searched the home.

“Don’t believe everything you read,” the group posted in response to someone asking why Ms Carlson’s body was decomposed upon being found. “Were you there? No, so let it go and move along.”

An email shared in the “LoveHasWon Exposed” Facebook group showed a message from a man named Miguel Lamboy, the former Love Has Won member who alerted police to Ms Carlson’s body, saying that he had shut down the group’s website. The website did not appear to be online as of Tuesday.

Mr Lamboy also claimed that social media for the group would be declining, but that it would be a “gradual process.” He does not control the group’s Facebook page, according to reporting in The Guru Magazine.

Most of the group’s assets and media presence is in Mr Lamboy’s name, which has led some to believe that he is the ultimate mastermind behind the group. Ms Lamboy denies those claims, and it is common for leaders to keep their names off of any official holdings to limit their liability.

As a result, Mr Lamboy could be left holding the bag for any fraud or tax issues that could arise associated with the group.

Despite shutting down the site and having reported the group to the police. Mr Lamboy is still a believer in Ms Carlson’s divinity.

The investigation into the circumstances around Ms Carlson’s death and what was occurring within the group is still underway.

0 0 0 0
Previous : ‘Kill the Bill’: Eight charged with rioting in Bristol protests
Next : American Idol performer pulls out of final after KKK-themed video emerges