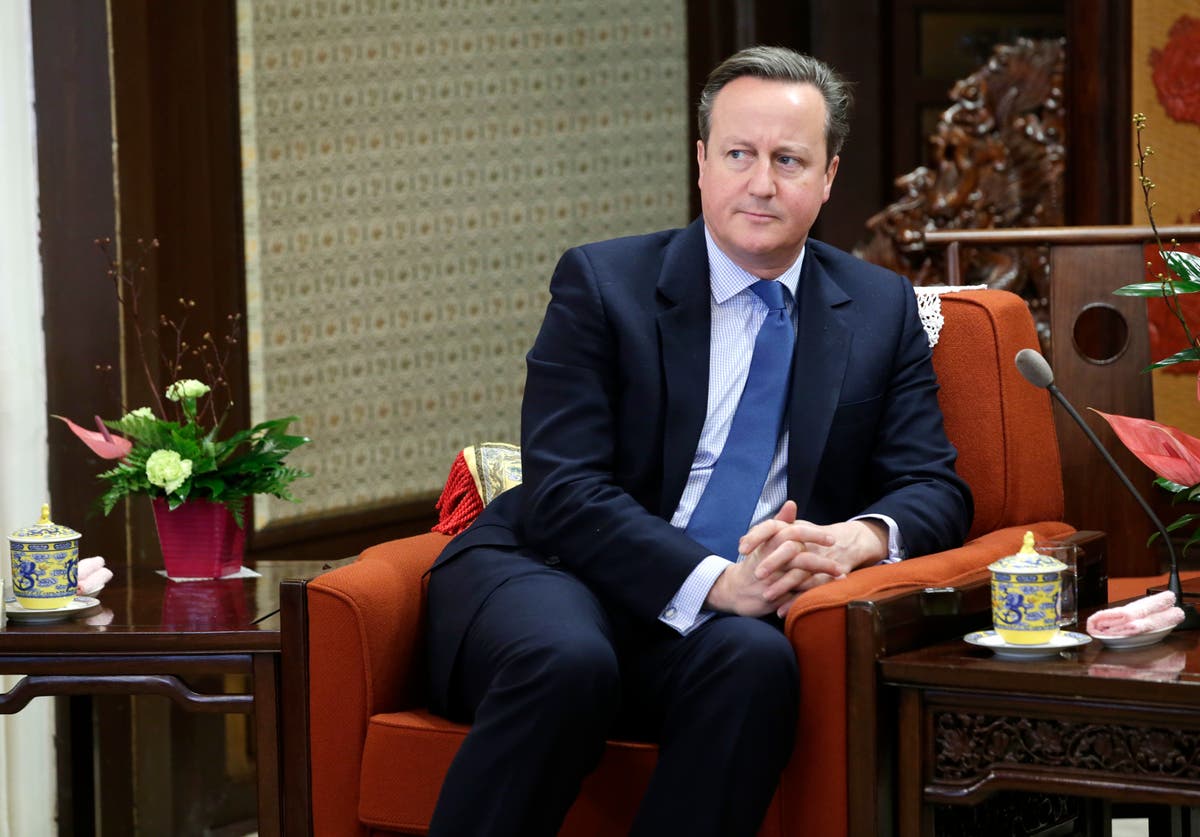 Former British Prime Minister David Cameron said Thursday he never suspected that a financial services company he lobbied for would go under, threatening thousands of jobs at a steel firm it helped finance.

Cameron was summoned to answer lawmakers’ questions about his efforts to win government funds for Greensill Capital. His involvement with the firm has spurred inquiries into political lobbying in Britain.

The former Conservative Party leader is a key link in a chain of contacts between government ministers, civil servants and Greensill, which collapsed in March. The bankruptcy forced the owner of Liberty Steel, which employs about 5,000 people, to seek a British government bailout. Greensill was one of the company’s key financial backers.

Cameron told Parliament’s Treasury Committee he had “no sense at all” that the company was in danger.

“There was certainly no sense of jeopardy” at board meetings, he said.

Cameron became a part-time adviser to the firm two years after he left office in 2016. Greensill Capital was founded by Australian banker Lex Greensill — a former adviser to Cameron’s government.

During the coronavirus outbreak, Cameron sent text messages to U.K. Treasury chief Rishi Sunak and emailed the Bank of England in an effort to secure government-backed loans for Greensill under a program to help companies hurt by the pandemic. He also lobbied Health Secretary Matt Hancock on behalf of a Greensill product that would have allowed health care workers to receive advance payments on their salaries.

Cameron said he was motivated by a desire to help support British workers and businesses “in the economic turmoil caused by COVID” and not by the prospect of making millions from his Greensill shares.

“I absolutely had a big economic investment in the future of Greensill, I wanted the business to succeed,” he said. But he insisted the amount he stood to make was “a private matter.”

Prime Minister Boris Johnson’s Conservative government has launched its own investigation into lobbying, led by a lawyer, but opponents doubt it will get to the truth.

Cameron said his appearance before the committee, by video link, was “a painful day.”

“I abided by the rules that were in place,” he said. “But rules alone are never enough.

“I completely accept that former prime ministers are in a different position to others because of the office that we held and the influence that continues to bring. We need to think differently and act differently.”

0 0 0 0
Previous : Crypto billionaire donates $1bn to India’s Covid fight – and currency instantly plummets to make it worth less
Next : Why have Elon Musk and Tesla suddenly turned against bitcoin?