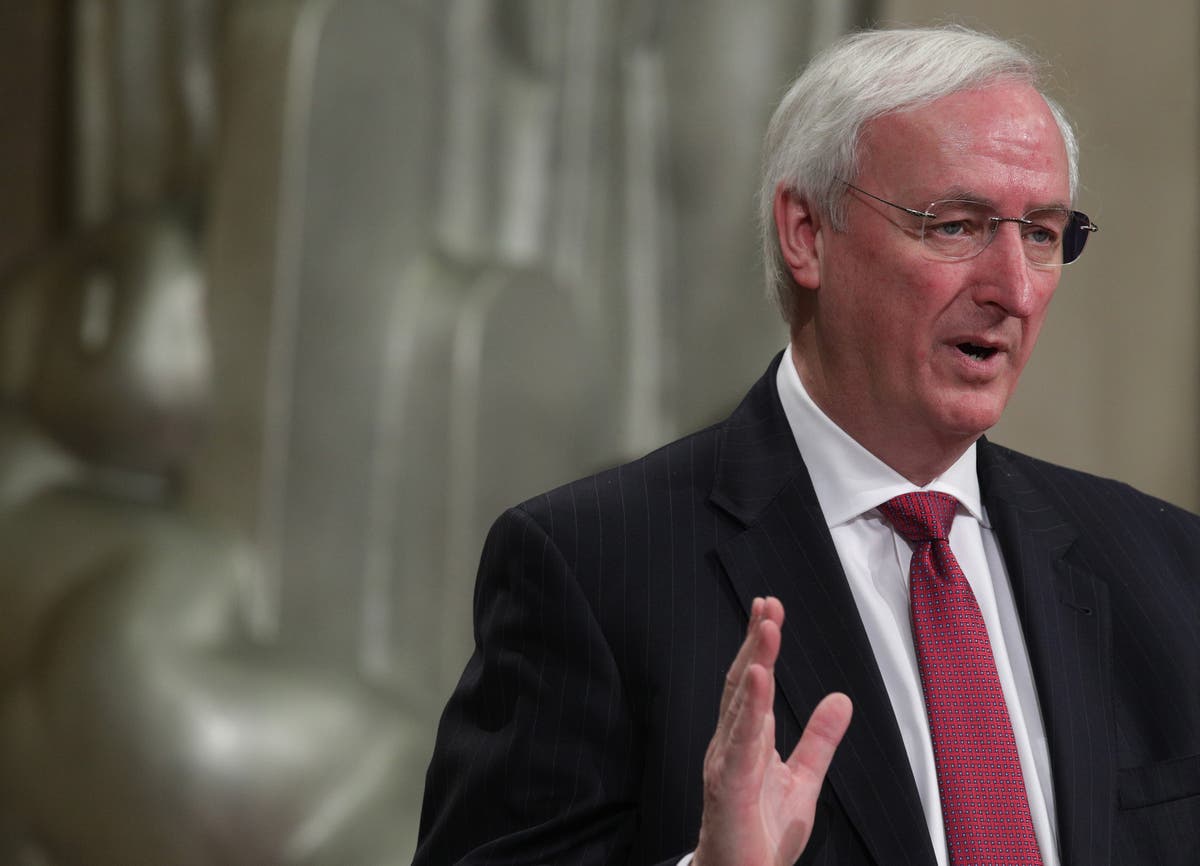 Donald Trump’s acting attorney general has refused to answer whether he discussed with the former president efforts to overturn or reject election results in the lead-up to the 6 January insurrection.

Jeffrey Rosen told members of the House Oversight Committee on Wednesday that he met with the former president on 3 January but said only that their conversation did “not relate to planning and preparations for the events of 6 January.”

In a heated round of questions, Democratic US Rep Gerry Connolly pressed Mr Rosen to answer whether those conversations involved rejecting election results.

“I think the American people are entitled to an answer, Mr Rosen,” he said.

Mr Rosen said he would not discuss “private” conversations at the White House.

The committee convened on Wednesday to press Mr Rosen and former acting Defence Secretary Christopher Miller – in their first appearances in front of lawmakers since the Capitol insurrection – over how and why federal law enforcement failed to hold back hundreds of pro-Trump rioters as they stormed the halls of the Capitol in an attempt to threaten the lawmakers inside, despite warnings across social media and among intelligence agencies and other federal agencies about potential threats.

Justice Department lawyer Jeffrey Clark and Mr Trump reportedly discussed removing Mr Rosen to use the agency to reject election results in Georgia, according to The New York Times.

Mr Rosen then reportedly sought a meeting with Mr Trump on 3 January, after the former president called Georgia Secretary of State Brad Raffensperger in an effort to pressure the state to pursue his false claims that Mr Trump received thousands of votes to win the state.

Asked earlier whether he believes the election was “stolen” from Mr Trump, as the former president continues to falsely insist, Mr Rosen said on Wednesday: “There was no evidence presented of widespread fraud of a sufficient scale to overturn the election.”

But asked about his conversations with Mr Trump, Mr Rosen declined to say if they involved the election itself.

“Respectfully I don’t think it’s my role here today to discuss communications with the president in the Oval Office or the White House,” he said.

He claimed that he is not authorised, though it was unclear – as a former senior government official – who or what prevents him from answering committee questions.

“We had an unprecedented insurrection that led to seven deaths … and you’re saying this is a privileged communication?” Mr Connolly said.

Mr Trump and his allies filed dozens of legal challenges, none of which held up in courts or were dropped or dismissed due to lack of evidence, in the wake of his election loss.

His campaign, administration officials, the Justice Department, FBI and state election officials have not presented any evidence of widespread fraud in 2020 elections. Multiple hand recounts and audits in disputed states have affirmed Mr Biden’s election.

“Let the record reflect, this is why it’s so difficult to get to the truth because people do not want to answer straight questions,” said US Rep Kweisi Mfume, who also pressed Mr Rosen to answer questions about his meeting with Mr Trump.