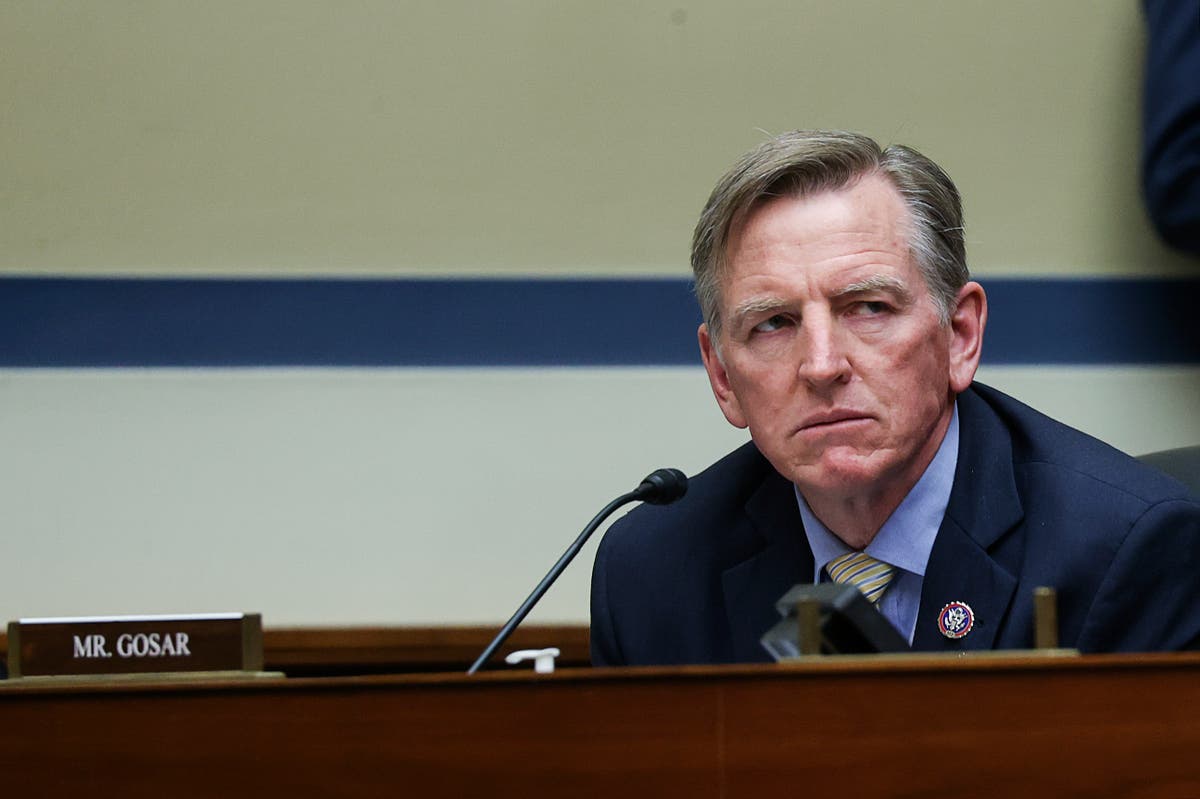 Republicans who supported Donald Trump’s false claims of election fraud have focused their rage on Democrats and the media during a hearing to investigate federal law enforcement’s response to the Capitol riot, fuelled by the former president’s “stolen election” myth.

US Rep Paul Gosar – who supported “Stop the Steal” campaigns and called Joe Biden an “illegitimate usurper” – claimed that “outright propaganda and lies are being used to unleash the national security state against law abiding US citizens, especially Trump voters.”

In one exchange with former acting Attorney General Jeffrey Rosen about Ashli Babbitt, a Trump supporter who was fatally shot by a US Capitol Police officer while trying to enter the chamber, Mr Gosar said she was a “veteran wrapped in the American flag” and “executed.”

He said that federal law enforcement is “harassing peaceful patriots across the country” following dozens of investigations into people who stormed the Capitol on 6 January.

“To my knowledge not a single person has been charged with the crime of insurrection,” he said.

As hundreds of people stormed the building as lawmakers convened to certify the 2020 presidential election results, roughly 150 officers were injured, and two officers who assisted in the response died by suicide in the days that followed. One officer died after suffering two strokes and injuries from the riot.

“You would think it was a normal tourist visit,” said US Rep Andrew Clyde.

Several Republicans also steered away from questions about the events surrounding and leading up to the riot to accuse Democrats of supporting protest violence in the wake of uprisings across the US in 2020.

US Rep Ralph Norman also doubted that the crowd that broke into the building and walked through the halls and offices of Congress were Trump supporters.

Democratic US Rep Stephen Lynch condemned Republicans’ “revisionist history” to “cover up and protect that violence”.

“It’s shocking how quickly Republicans will turn on law enforcement when it hurts their agenda,” said Democratic US Rep Debbie Wasserman Schultz.

Wednesday’s hearing – including testimony from Mr Rosen and former acting Defense Secretary Christopher Miller – sought to create a timeline of events and get closer to answering why and how federal law enforcement and the National Guard failed to stop hundreds of people from breaking into the Capitol, now four months later.

It also follows the removal of Republican congresswoman Liz Cheney from her role as GOP conference chair after she repeatedly denounced her party’s embrace of the former president’s “big lie” and voted to impeach him for inciting the insurrection with his months-long campaign to undermine election results.

“We must go forward based on truth,” she told reporters on Wednesday. “We cannot both embrace the big lie and embrace the Constitution.”