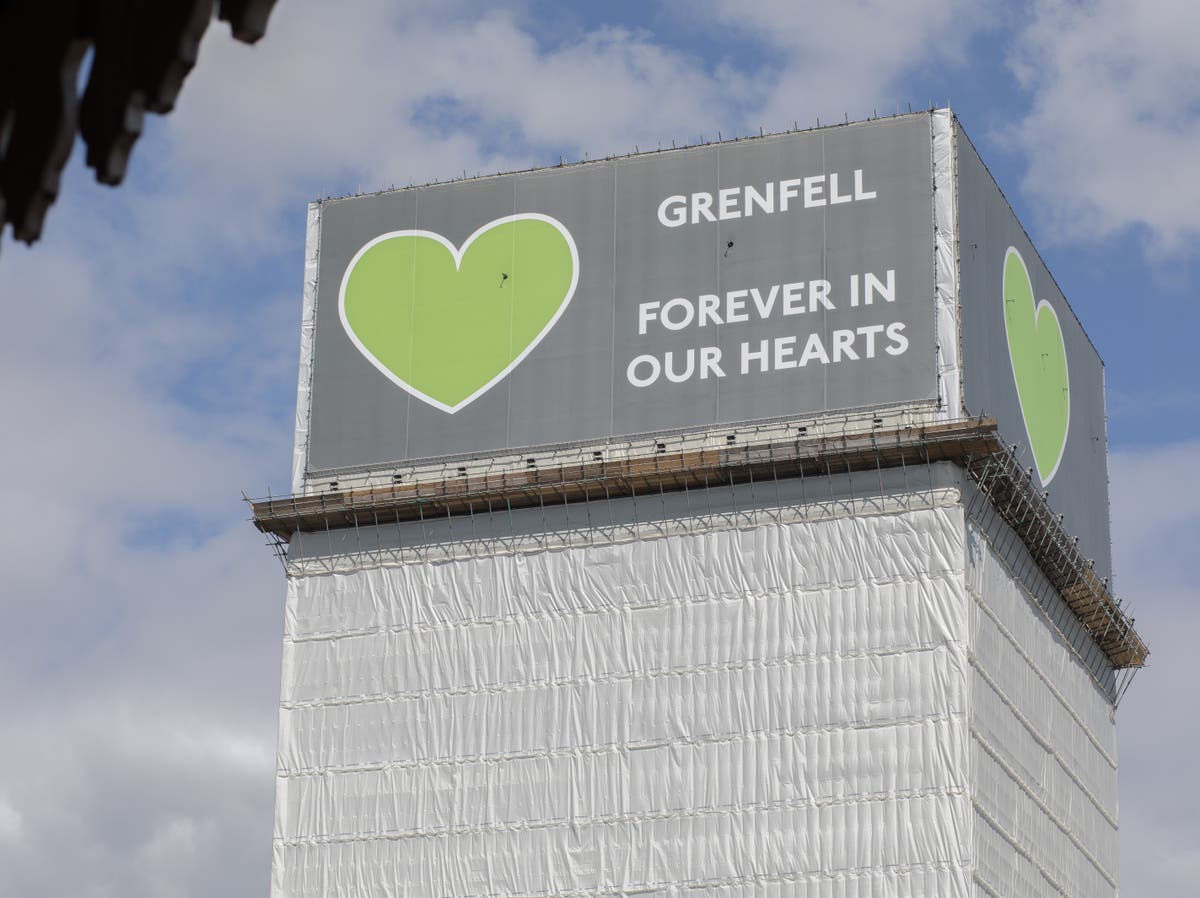 Boris Johnson’s government has said that ministers will consider if Grenfell Tower should be “carefully” taken down and when it might be appropriate to do so.

It will be at least a year before any final decision on the tower is made and the “views of the community” will be taken into account, said the Ministry of Housing, Communities and Local Government (MHCLG).

If the tower block is to be pulled down, it would be after the fifth anniversary of the June 2017 blaze in west London that claimed 72 lives.

An open letter signed by Alistair Watters, director of the Grenfell site for the government, said the community will be invited to in-person and online meetings this month to hear from the MHCLG’s Grenfell team.

“We want to ensure bereaved families, survivors and residents have access to the information that will inform a decision on the tower before it is made,” Mr Watters said.

The letter added: “Later this month, and after we have been able to discuss it with you first, we will publish the information that will inform a decision on the tower.”

The letter comes as Grenfell United group accused the government of “betrayal” over the government’s failure to bring forward reforms to protect social housing tenants.

The group of survivors and bereaved relatives from the fire said it felt “deeply let down” that the social housing white paper was not in the Queen’s Speech.

The government announced that its legislative agenda included plans to establish in law a new Building Safety Regulator to “ensure that the tragedies of the past are never repeated”.

However, there was nothing about the legal right to smoke and carbon monoxide alarms in all social housing and other measures included in the social housing white paper.

“Ministers have missed a massive opportunity to help right some wrongs for social housing tenants across the country,” stated Grenfell United. “We have waited long enough for change.”

The group added: “[Ministers]’ priorities are for landlords and developers, evidenced by the inclusion of the Planning Bill. This is a betrayal of the legacy we are so committed to achieve.”

An MHCLG spokesperson said the government was still committed to bringing in safety reforms to support social housing tenants.

“This includes our charter for social housing residents, that will provide faster and more effective redress for residents, strengthen consumer regulation and improve the quality and safety of social housing.

“We remain committed to legislating as soon as practicable but we are already driving forward implementation of the charter so that residents don’t have to wait to see a real difference on the ground.”

Meanwhile, the Grenfell Tower Inquiry heard that architects had been appointed to the refurbishment of Grenfell Tower without council officials checking they had any experience with high-rise buildings.

Giving evidence on Tuesday, Laura Johnson, who was director of housing at the Royal Borough of Kensington and Chelsea, said she would have expected Studio E to have had the requisite experience or found an expert who did.

0 0 0 0
Previous : TSA caught on camera making woman take off her wig at security checkpoint
Next : Nasa releases astounding images of Jupiter – and finds a mystery in its Giant Red Spot