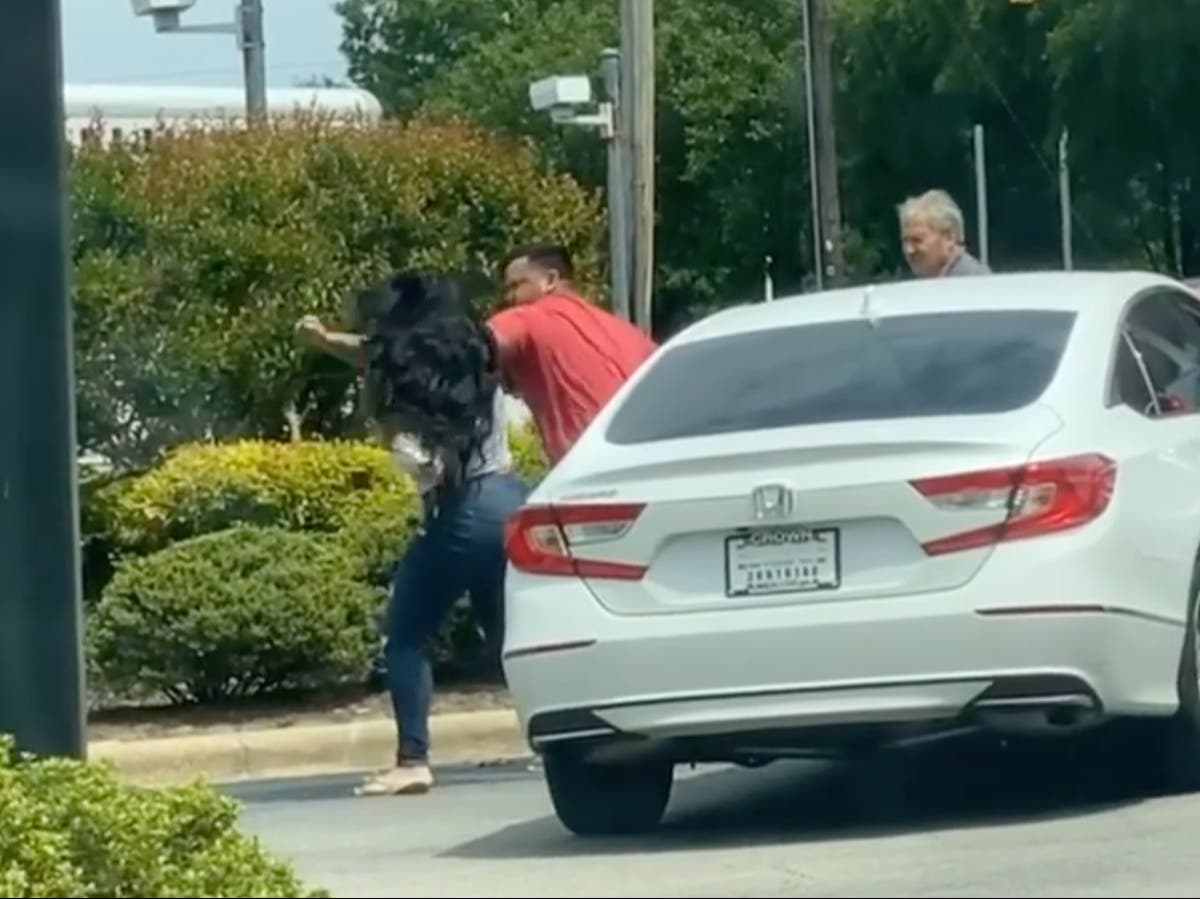 Motorists entered into a brawl on Tuesday at an overcrowded gas station, as Americans across the Southeast experienced fuel shortages and outages amid the Colonial Pipeline shutdown.

Video footage showed a long line of cars waiting at a gas station in Knightdale, North Carolina, to refuel.

One woman driving a Honda Accord then attempted to cut the line but was denied entrance by another vehicle.

The Georgia-based Colonial Pipeline has been shut down for the sixth day following a ransomware attack that was reported on Friday. The pipeline runs about 5,500 miles from Texas to New Jersey, transporting more than 100 million gallons of fuel per day.

As of Wednesday morning, 24.8 per cent of North Carolina, 15.4 of Georgia, 15 per cent of Virginia, and 13.4 per cent of South Carolina gas stations were completely out of gasoline, according to data compiled by GasBuddy.

Outages were even worse when getting into the major cities of these states, with GasBuddy reporting 60 per cent of Atlanta and 71 per cent of metro Charlotte reporting complete outages of fuel at their gas stations. Charlotte-Mecklenburg police have called the situation a “gas crisis” and have requested that all non-essential travel be avoided.

Panic buying has likely led to shortages at fuel stations and price hikes across the East Coast, given the US currently has a surplus of gasoline and oil supply due to the coronavirus pandemic.

Energy Secretary Jennifer Granholm implored Americans during a White House press briefing to not “hoard” fuel amid the Colonial Pipeline shutdown, but that hasn’t stopped residents from racing to the pump to fuel up.

“Much as there was no cause for, say, hoarding toilet paper at the beginning of the pandemic, there should be no cause for hoarding gasoline,” Ms Granholm said on Tuesday.

Ms Granholm acknowledged that there would be a gasoline “crunch” in areas where they received about 70 per cent of their total fuel from the pipeline, and that included states like North Carolina, Georgia, and Florida.

“We know that we have gasoline, we just have to get it to the right places,” she said. “And that’s why these next couple of days will be challenging … it’s not that we have a gasoline shortage, we have a supply crunch.”

Colonial Pipeline was expected to be “in a position to make a full restart decision” on Wednesday evening, Ms Granholm said.

Even if the company moves to restart the system on Wednesday, though, Ms Granholm said it would take a few days for the pipeline to restore its full operating service.

0 0 0 0
Previous : Chauvin may get longer jail term for ‘particular cruelty’ in George Floyd murder, says judge
Next : Plank Of The Week with Mike Graham | 11-May-21