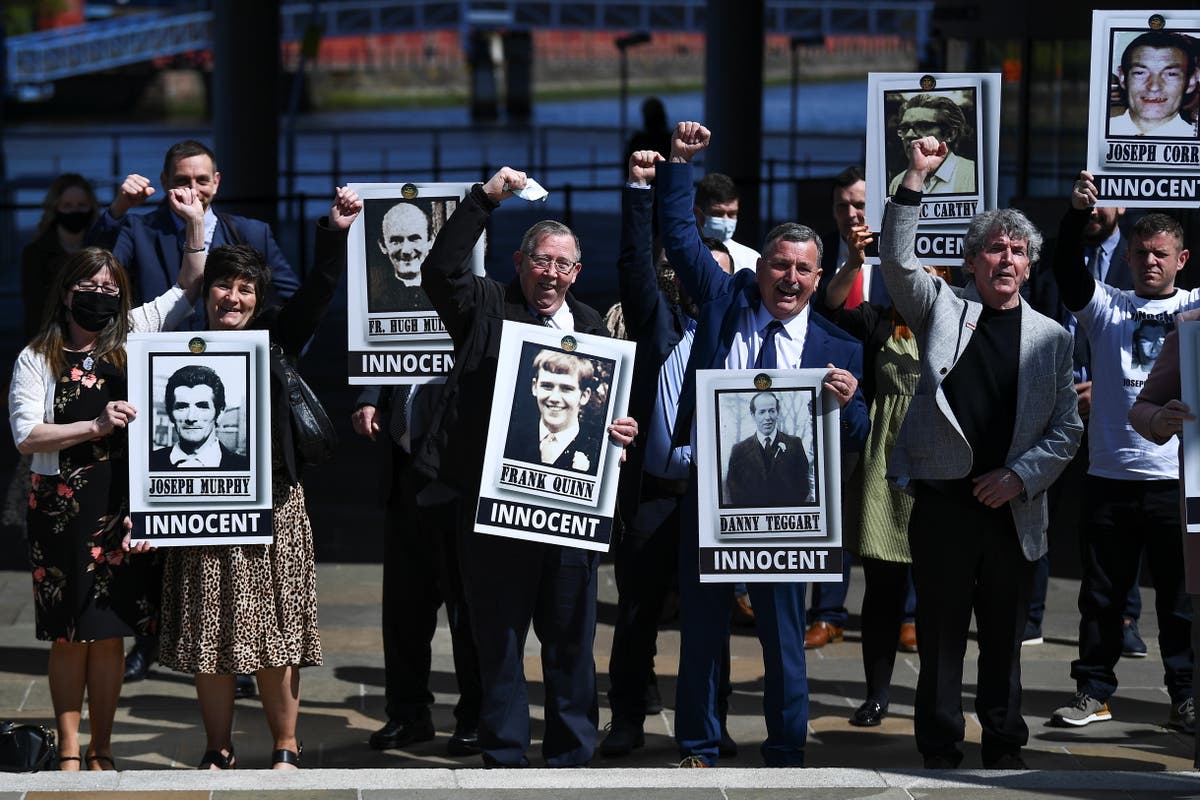 Boris Johnson has issued an official government apology after a ruling that 10 people shot dead by the Army in Belfast in 1971 were “entirely innocent”.

The prime minister told Unionist and Republican leaders in Northern Ireland that the Ballymurphy Inquest had laid bare “tragic” events.

He “apologised unreservedly on behalf of the UK government for the events that took place in Ballymurphy and the huge anguish that the lengthy pursuit of truth has caused the families of those killed,” No 10 said.

An apology had been widely called for, following Tuesday’s verdict, and some queried why Mr Johnson had not chosen to make a Commons statement about it.

Nine of the dead were killed by soldiers using unjustified force, it found, but it could not establish who killed the 10th victim during an incursion into the West Belfast Catholic neighbourhood, in August 1971.

“All of the deceased in the series of inquests were entirely innocent of wrongdoing on the day in question,” the coroner said, dismissing claims by soldiers that some of the victims had been armed and shooting.

“He said the conclusions of the Ballymurphy Inquest, published yesterday, were deeply sad and that the events of August 1971 were tragic.”

Families of the dead had wept and applauded after the findings were read out on Tuesday, saying the truth had come out after half a century.

“We have corrected history today. The inquest confirmed that the soldiers who came to the area, supposedly to protect us, but they turned their guns on us,” said John Teggart, whose father, Daniel, was among the dead.

Joan Connolly, holding a framed portrait of her mother, also Joan, spoke of “the joy and the peace and the mixed emotions that my mummy has been declared an innocent woman”.

The coroner’s indictment of the Army’s actions and efforts to depict most of the dead as IRA members led to agreement that a significant injustice had been committed.

“The conclusions of Justice Keegan are clear and irrefutable. Those who lost their lives were innocent and posing no threat,” said Louise Haigh, Labour’s shadow Northern Ireland secretary.

But the findings coincided with a government promise of legislation to draw a line under Northern Ireland’s so-called legacy cases, which could deliver a blanket amnesty for killings.

The No 10 statement added: “The prime minister restated the government’s intention to deliver a way forward in Northern Ireland that focuses on reconciliation, delivers for victims of the Troubles and ends the cycle of reinvestigations.

“He stressed the importance of working hard to keep the gains made through the Belfast/Good Friday Agreement and of all parties doing their utmost to help the victims’ families find out what happened to their loved ones.”