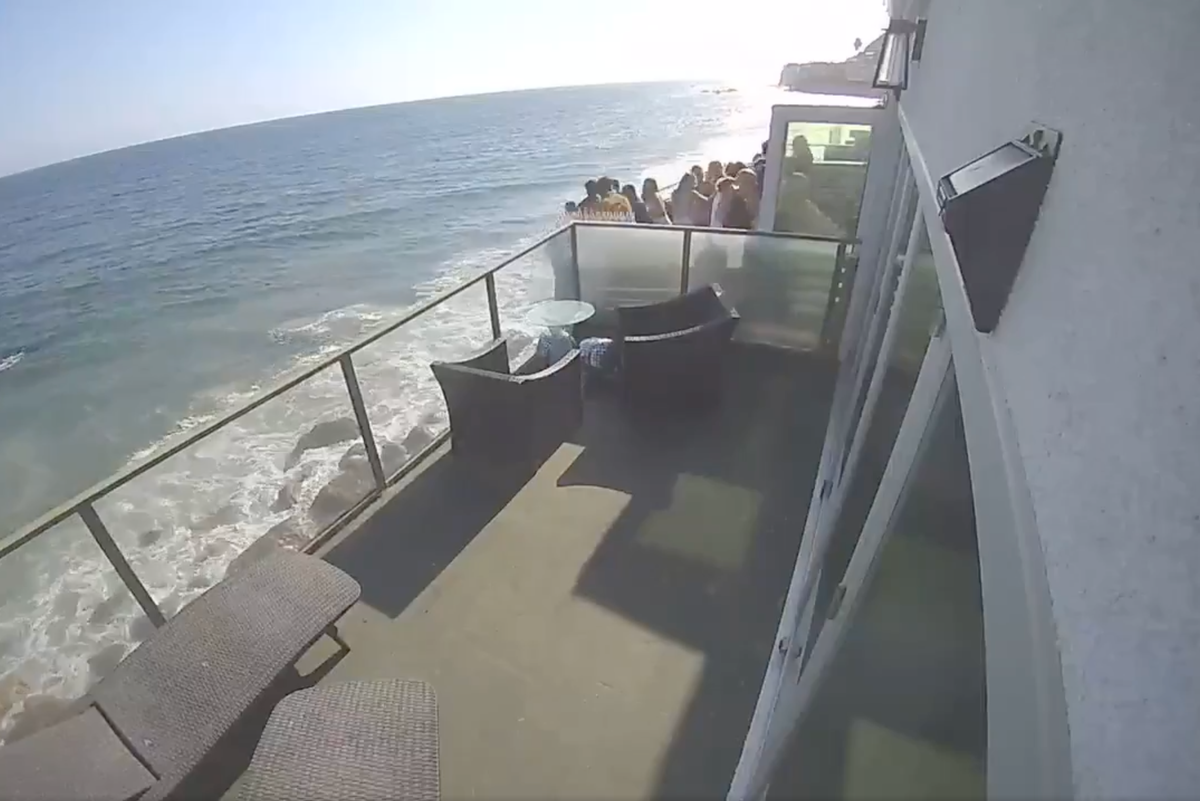 “We heard a crack, and I literally saw all my best friends and my girlfriend fall 15 feet to the rocks,” a witness told CBSLA.

Fire officials say about 15 people were on the deck of a beach house on the 20500 block of Pacific Coast Highway on Saturday when it gave way, dropping them onto the large rocks below. Four people were hospitalized, two of them in critical condition, and five others were treated at the scene. Miraculously, no one was killed.

“The deck just literally gave out,” the witness said. “It could’ve been a lot worse, but it’s pretty awful.”

The owner of the beach house told CBSLA she had rented it out to some guests for the weekend, cautioning them not to hold any parties. The home has a maximum capacity of six people.

When neighbours told her by phone that about 30 people were at the house, the owner began frantically calling the renters. For three hours, she says, she repeatedly asked the guests to leave, but to no avail. About 15 minutes after her last call, around 5pm, the deck collapsed.

The fire department has now declared the house uninhabitable.

“Down below are jagged rocks, large rocks, so a very dangerous situation,” Ron Haralson of the LA County Fire Department told KTLA.

After assessing the damage, the homeowner says the house was also vandalized during the party. She says her heart goes out to those injured, however.

0 0 0 0
Previous : What time is the Queen’s Speech today and what will she say?
Next : Twenty-metre escape tunnel found under Yongah Hill immigration detention centre in Western Australia