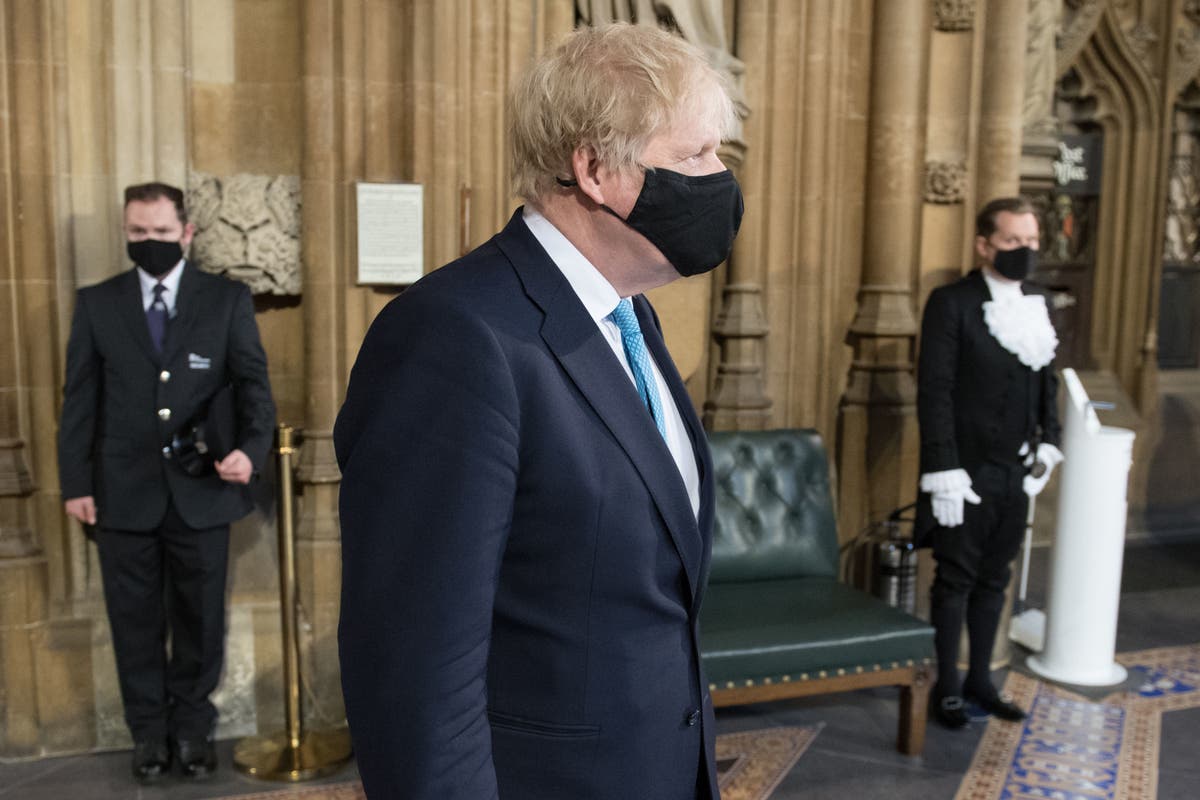 Boris Johnson sparked anger today with a Queen’s Speech which lacked promised legislation on workers’ rights, reform of care funding and protection for veterans of the Northern Ireland Troubles.

Furious unions accused the prime minister of “betraying” workers by abandoning a promise of new laws to deal with rogue employers.

And social care charities said it was “questionable as to how much longer the sector can be expected to limp on” in the absence of a bill to put its funding on a secure footing.

A former No 10 aide to the prime minister, Tim Montgomerie, described the programme of legislation for the coming year as “a thin Queen’s Speech”, adding: “This is a government without any big ideas.”

And ex-defence minister Johnny Mercer, who quit after clashing with the PM over Northern Ireland, said ministers had promised legislation to protect armed forces veterans from prosecution for events during the Troubles. “At some stage, we must fulfil our promises to our veterans,” he said.

The agenda set out by the monarch in a scaled-down and Covid-secure ceremony, which was her first major public appearance since the death of Prince Philip, featured a number of controversial proposals among its 25 new bills, including:

• The introduction of ID checks for voting, which critics say will exclude marginalised groups, the young and ethnic minorities to solve a problem which former minister David Davis said was “non-existent”;

• A consultation on banning “gay conversion therapies” which campaigners warned left a big loophole open by focusing on “coercive” practices while allowing religious and community leaders to continue trying to advise or persuade young LGBT+ people to seek therapy;

• A relaxation of planning laws which countryside campaigners said could allow property developers new freedoms to build on green fields;

• The removal of immigrants’ and refugees’ rights to challenge deportation orders in the High Court;

• Plans to end “no-platforming” of controversial speakers by imposing fines on universities and students’ unions which fail to “protect freedom of speech”;

• A series of bills aimed to begin the process of delivering the “levelling up” agenda which Mr Johnson has used to woo voters in disadvantaged areas of the Midlands and the north of England, with an expansion of adult education and investment in broadband, 5G, rail and buses; and

• A Health and Care Bill designed to better integrate the NHS and social care systems.

The government also promised a “levelling-up white paper” setting out how Mr Johnson intends to meet the promises made to voters in former Labour-voting areas.

But the third Queen’s Speech of Mr Johnson’s time in power was most notable for its gaps.

Almost two years after the prime minister declared on arrival in Downing Street in July 2019 that he had “a clear plan” already prepared to deal with the intractable problem of social care funding, he was able to say today only that proposals for change would be published by the end of 2021.

Care England, which represents independent providers, described the absence of a bill as “a missed opportunity”.

“Without the much-needed – not to mention heralded – reform it is questionable as to how much longer the sector can be expected to limp on,” said CEO Professor Martin Green.

And Richard Kramer, chief executive of national disability charity Sense, said: “It is not acceptable for disabled people, and others who use social care, to fall foul of financial trade-offs or bartering between government departments – this is about people’s lives and it’s time social care reform is given the urgent attention it needs.”

An employment bill, which was promised in the 2019 Queen’s Speech but delayed by the coronavirus crisis, was dropped from this year’s programme, prompting TUC general secretary Frances O’Grady to complain: “We need action now to deal with the scourge of insecure work – not more dithering and delay.”

The GMB’s acting general secretary Warren Kenny said the failure to deliver a bill to deal with employment practices like zero-hours contracts and fire and rehire  showed an “abject lack of leadership”.

Mr Johnson told MPs his package would unleash the “pent-up energy of the UK economy” and spread opportunity to “take this country forward”.

But Labour leader Sir Keir Starmer said the failure to act on social care after the pandemic was “nothing short of an insult to the whole nation”.