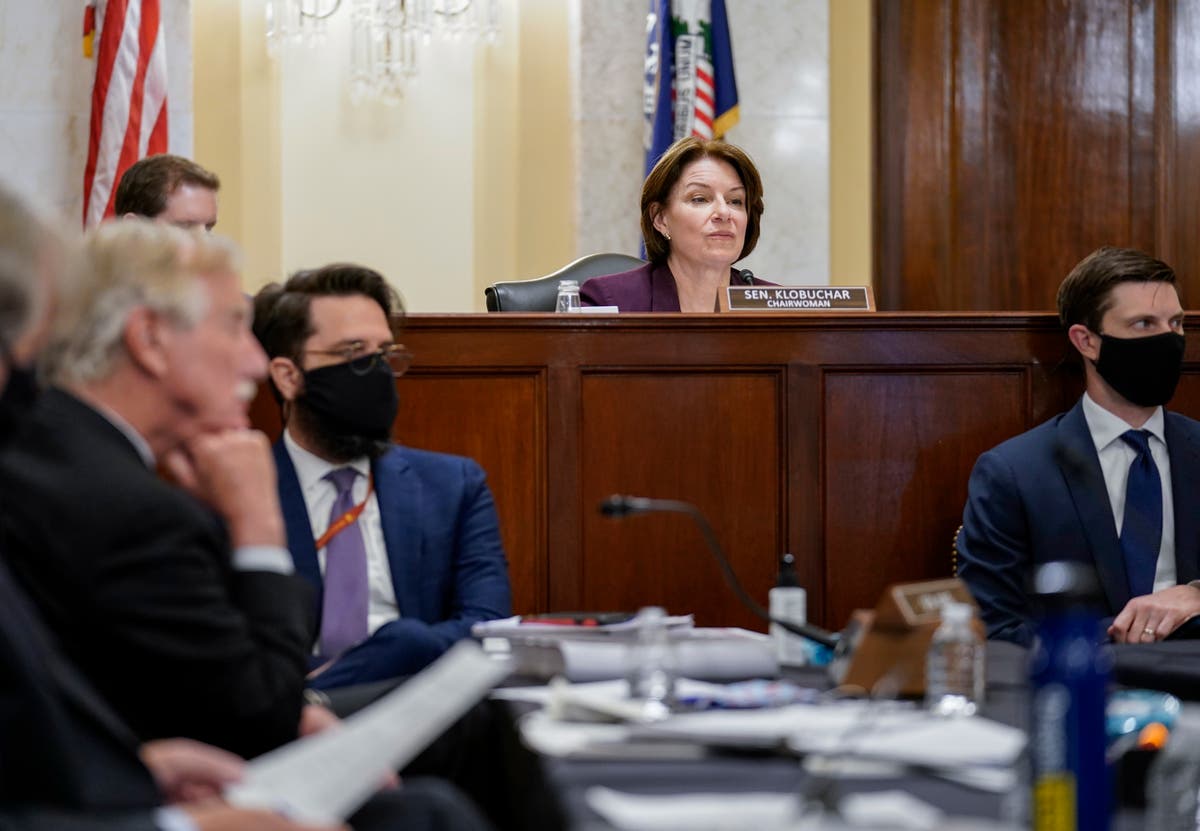 A sweeping voting rights and campaign finance reform bill is headed for a vote in the Senate, after Republicans filed several amendments to try to strip critical elements from the For The People Act during a contentious, day-long committee hearing that underscored the GOP’s acutely partisan barricade.

Senators cast a series of party-line votes on Republican-backed amendments – from attempts to disenfranchise formerly incarcerated people to criminalising so-called “ballot harvesting” – that signalled the bill’s fate in the evenly divided upper chamber as lawmakers confront the moral and political minefield of voting rights.

After considering more than 40 amendments, the committee deadlocked on a vote of 9-9 to send the bill to the Senate. Majority Leader Chuck Schumer is expected to bring the bill up for a vote to the floor, where it is likely to still be shy of enough votes to break a filibuster, despite Mr Schumer’s “failure is not an option” pledge on voting rights.

The progression of HR1, or S1 in the Senate, has followed a wave of Republican-backed elections bills across the US that have sought to restrict ballot access and hand more election authority and oversight to GOP-controlled state legislatures.

“The stakes could not be higher,” said committee chair Amy Klobuchar. “We need to take these threats to our democracy head-on with immediate action to restore Americans’ confidence in our political system.”

The debate on Tuesday – featuring the rare appearance of both Mr Schumer and Minority Leader Mitch McConnell – also is in the wake of the Capitol insurrection on 6 January, fuelled by Donald Trump’s false narrative of a “stolen” election that voting rights advocates have warned is also emboldening Republican state lawmakers to draft their restrictive bills.

Democratic lawmakers hope the For The People Act can serve as a crucial antidote to those measures. Senator Schumer said Republican state lawmakers “have seized on the ‘big lie’ to restrict the franchise.”

Measures across the US “carry the stench of oppression” and “the smell of bigotry,” he said on Tuesday.

“The ‘big lie’ is spreading like a cancer among Republicans,” he said. “Liz Cheney spoke truth to power and for that. She’s being fired.”

HR1 proposes automatic voter registration, at least 15 consecutive days of early voting for federal elections, and mail-in voting and drop boxes for absentee ballots, among a host of other proposals wrapped into the bill.

It would also restore voting rights to formerly incarcerated people, create independent redistricting commissions that redraw congressional districts in an effort to combat partisan-driven gerrymandering, and expose “dark money” groups and super PAC money, as well as funding sources behind political ads on Facebook and Twitter, among other measures aimed at campaign finance reform and transparency.

Provisions in the bill are widely popular – a majority of Americans support policies that make it easier to participate in elections, though support among Republican voters has significantly declined over the last two years.

Senator McConnell – leading GOP arguments that HR1 aims to “rig” the outcomes of future elections by expanding access to ineligible voters – said that “our democracy is not in crisis, and we aren’t going to let one party take over our democracy under the false pretense of saving it.”

“If you can write the rules, you can win the game,” he said.

He also called the bill “Jim Crow 2.0” – among several words and phrases that have been used to describe Republican-led voter suppression.

The bill would not extend voting rights to noncitizens; though automatic registration is included in the bill, election agencies still would have to determine eligibility, just as they do in the current registration process.

Amendments repeatedly failed along 9-9 party-line votes, including Senator Klobuchar’s omnibus amendment that revised several issues with the bill in an effort to gain bipartisan traction.

Republicans also rejected an amendment from Democratic Senator Jon Ossoff of Georgia that would allow volunteers to hand out food and water to voters standing in long lines to cast their ballots at the polls. His proposal followed the passage of Georgia’s bill that criminalises doing so.

Republicans also objected to HR1 provision that would create a voluntary small-dollar matching fund for political campaigns, falsely claiming that “taxpayers” would be funding high-profile campaigns and senators on the committee. The measure would raise a percentage of fees and fines from corporate malfeasance cases to create a 6-1 match that would be capped at $200, an effort to level the playing field for candidates without.

Following an amendment to delay the bill’s effective date until 2027, Senator Klobuchar said: “I don’t think our democracy can afford to wait until 2027 when we see the over 350 voter suppression bills introduced across the country.”

Hitting back at Senator Cruz for his claims during the hearing, Senator Klobuchar pointed out that he supported rejecting Electoral College results on 6 January.

“You were one of the leaders on the effort to say that the election results were not correct,” she said. “You wonder why we want to make sure people have the right to vote? It’s because of this kind of rhetoric, and this kind of behaviour, and an insurrection at the Capitol, and a former president that is still maintaining he won an election when we all know it’s not true.”