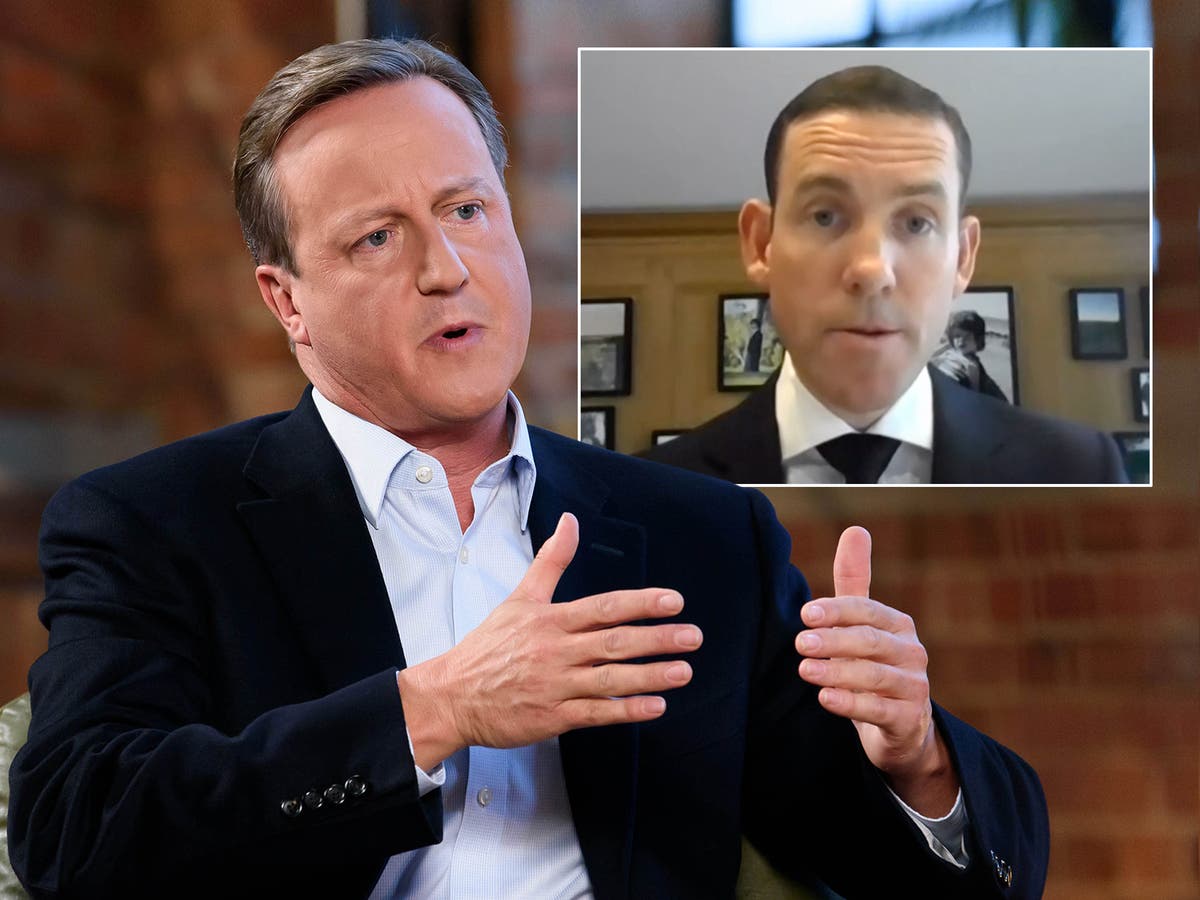 The founder of Greensill Capital has denied allegations from MPs that his collapsed finance firm was a “fraud” or a “Ponzi scheme”.

Lex Greensill told MPs on the Commons Treasury Committee that he accepted “complete responsibility” for Greensill’s demise but said that the ultimate reason his company failed was because Tokio Marine and other insurers withdrew cover.

MPs on Tuesday grilled Mr Greensill over the firm’s collapse, which has thrown David Cameron’s lobbying work for the firm under the spotlight. The company provided supply-chain finance, which ensures that suppliers get paid more quickly by their customers than normal.

Greensill paid suppliers and then collected the money from the customer later.

But Mr Greensill responded that the company only ever provided funding that was secured against real assets. “At no time was there a position where the assets didn’t exist,” he said.

Mr Greensill confirmed that his firm had made loans totalling £418.5m under the government’s coronavirus lending schemes, of which 85 per cent – £334.8m – was guaranteed by the British Business Bank.

But he declined to say how much of this was lent to companies operated by Sanjeev Gupta, the owner of Liberty Steel. He rejected the suggestion of former Treasury minister Lord Myners that the affair had cost the taxpayer £3bn-£5bn, insisting: “There has been no loss to the taxpayer.”

Committee member Siobhain McDonagh accused Mr Greensill of “fraud” and suggested his aim had been to transfer exposure to Gupta companies “onto the government books, and ultimately the British taxpayer, using a former prime minister to aid your case”. Mr Greensill replied: “I disagree with your assessment.”

Committee member Rushanara Ali asked Mr Greensill: “Lord Myners has a point, doesn’t he? It is a Ponzi scheme.

“Frankly, it smacks of fraudulent behaviour, like the sort of stuff conducted by the likes of [Bernie] Madoff in the financial crisis. That’s what it smacks of, it doesn’t smack of a proper process where people can get supply chain finance that is reliable and credible.”

Committee member Dame Angela Eagle said that Mr Greensill appeared to have been selling securitised investments based on projected future assets that may have been no more than ”a figment of somebody’s imagination”.

“What kind of due diligence was done when you securitised these prospective receivables from the GFG group?” she asked. “Because it looks increasingly … like the case that you were securitising invoices that didn’t really exist on flows of money that weren’t due.

Responding to questions about the cause of Greensill’s collapse, the company’s founder said: “Our principal insurance provider decided not to renew their insurance despite being in discussions around renewing their insurance up to the hours before, ultimately, Credit Suisse determined they would no longer fund our business.

“It was that withdrawal of insurance capacity which resulted in our failure.”

“And that is what happened during Covid. So what happened was many insurers needed either more capital to provide the same amount of cover, or they needed to cut cover, in order to fit within the limited amount of capital that they had.”

The hearing came as the City watchdog launched a probe into Greensill’s failure, which has cost 1,000 jobs. It is feared thousands more jobs could go at companies that Greensill financed, including Liberty Steel.

The Financial Conduct Authority (FCA) is formally investigating how two Greensill companies failed. It is also looking into the fact that one of those companies piggybacked on the licence of another firm to allow it to operate in the UK.

FCA boss Nikhil Rathi acknowledged that there have been several allegations about the circumstances in which Greensill failed, “some of which are potentially criminal in nature”.

“We are also cooperating with counterparts in other UK enforcement and regulatory agencies, as well as authorities in a number of overseas jurisdictions,” he said in a letter to MPs on the Treasury Committee, released on Tuesday.