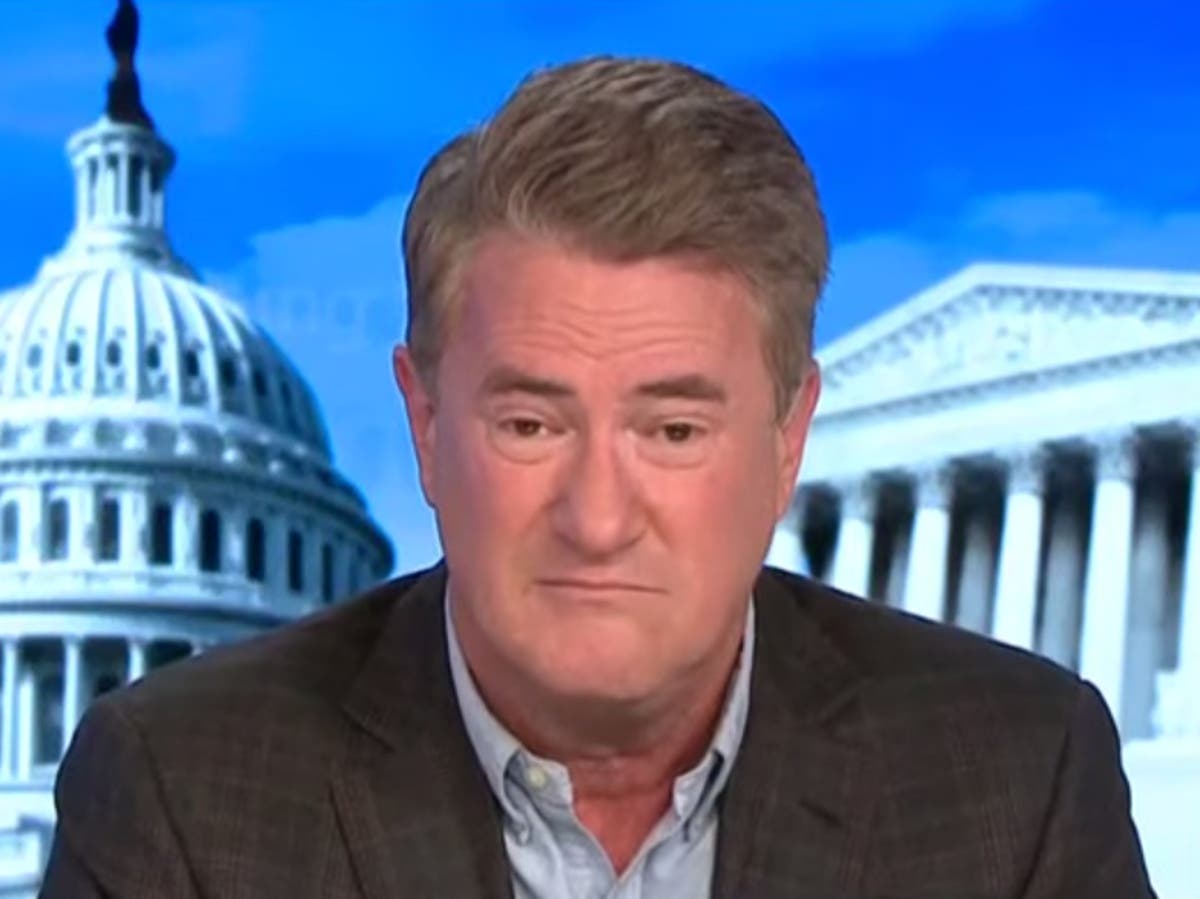 Joe Scarborough called on Joe Biden and the White House administration to align with epidemiologists regarding outdoor transmission of the coronavirus, claiming the president was “overreacting from the other side”.

In the report, David Leonhardt said the CDC’s claims that outdoor transmission of the coronavirus was “less than 10 per cent” is technically correct, but very misleading.

He claims that epidemiologists – who he cites in the report – say the transmission risk is closer to 1 or event 0.1 per cent.

Mr Scarborough called the report a “doozy” and said the CDC’s numbers were “a huge exaggeration”, citing the epidemiologist’s numbers.

“David writes, ‘multiple epidemiologists told me. And then he said, saying less than 10 per cent of Covid transmission occurs outdoors is akin to saying that sharks attack fewer than 20,000 swimmers per year. The actual worldwide number is 150. It’s both true and deceiving,’” Mr Scarborough said while reading from the New York Times story.

The host said he wants the nation to follow science, just as he wanted during the Trump administration.

“We want people to be guided by science as we were saying during the Trump era, and it is so important we don’t overreact in the other direction now that we seem to be moving through Covid,” he said.

He claimed that by being “overly conservative” by not following science “you’re actually undermining your credibility”.

Mr Scarborough said the CDC had undermined its credibility by overselling a statistic.

“If I’m outside and there are a group of people around, and somebody has a mask on, even though I’ve had the vaccine, both shots, I put the mask on, to be respectful of that other person,” he said. “But we need people to get on – CDC officials, we need Biden White House officials to get on and say what the epidemiologists said to David Leonhardt, which is come on, it’s next to impossible to catch this outside.”

Last month, the CDC relaxed the rules on outdoor mask usage for Americans who are fully vaccinated.

According to the latest guidance, Americans who have been fully vaccinated no longer have to wear a mask outdoors while running, walking, hiking, or biking alone, or in small group settings with members of their own households.

The CDC still recommends masks for crowded outdoor venues like sports stadiums, and still recommends that Americans – even those who are fully vaccinated – continue to wear masks indoors to prevent further spread of the virus.

Dr Anthony Fauci, director of the National Institute of Allergy and Infectious Diseases, said that if the rate of vaccination continues, he may recommend easing indoor face mask usage at some point in the future.

0 0 0 0
Previous : Mike Graham: "Sadiq Khan has run London into the ground and ruined the streets of the city"
Next : Yat-Sen Chang: Ex-English National Ballet dancer convicted of sexual assault