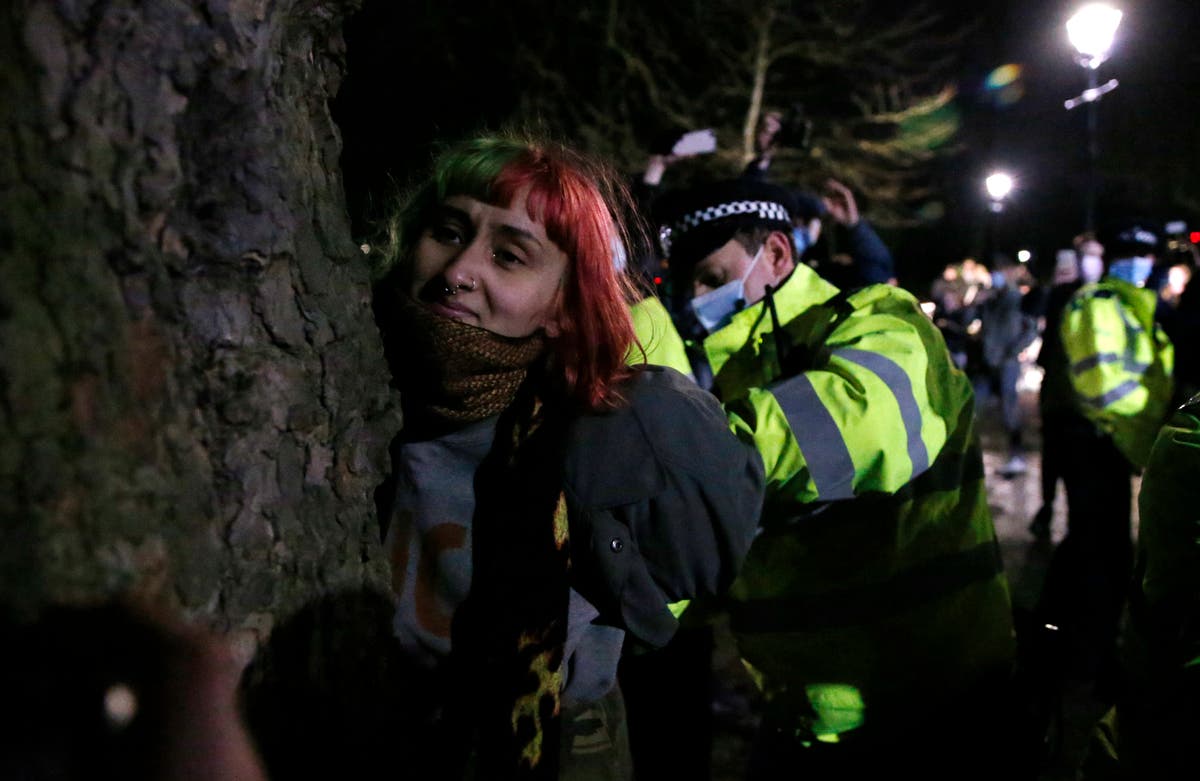 The force faced intense criticism over its handling of the 13 March event, which was held in memory of the murdered Londoner and attended mostly by women.

Dame Cressida defended the police approach on Tuesday as she faced questions from the Commons Home Affairs Committee.

She said an all female-unit was considered for the vigil but was not “practical” at such short notice and the idea has since proved “hugely divisive” among both men and women in the Met.

Nine people were arrested during the event, which was thought to have been attended by around 1,500 people at its peak.

Officers were criticised after protesters were bundled to the ground during arrest and Dame Cressida faced calls to resign.

Dame Cressida told MPs: “I personally did consider, and I know my gold commander did consider, well I did the day before whether there was an argument for creating…

“It has been suggested since, that everything would have been better and different if we had an all-female police support units as we call them, the public order trained officers.”

“One, not practical for us to do that, certainly at such short notice.

“I have subsequently taken a straw poll, and men and women alike are really not keen on this idea, that when you have a primarily female rally or protest that we will only send women into that.

“But it was considered, it was not practical and we didn’t do it”.

Dame Cressida said it would be “wrong to say” there was an “unusual number” of male police officers at the vigil, adding: “It was proportionate to our public order resources.”

An official report from the watchdog, Her Majesty’s Inspectorate of Constabulary and Fire and Rescue Services, backed the Met’s handling of the event and found no evidence of inappropriate behaviour or heavy-handedness by officers.

But it criticised the force’s “tone deaf” response to criticism after the event, saying the Met should have taken a more conciliatory approach.

Meanwhile, London mayor Sadiq Khan said he had re-appointed Claire Waxman as the capital’s Victims’ Commissioner in a bid to “improve the trust and confidence women have in the criminal justice system”.

He tweeted: “I’m committed to ensuring that women and girls feel safe in our city.

“That’s why I’m investing a record £60.7 million to help address the attitudes that can lead to violence and to support victims.”