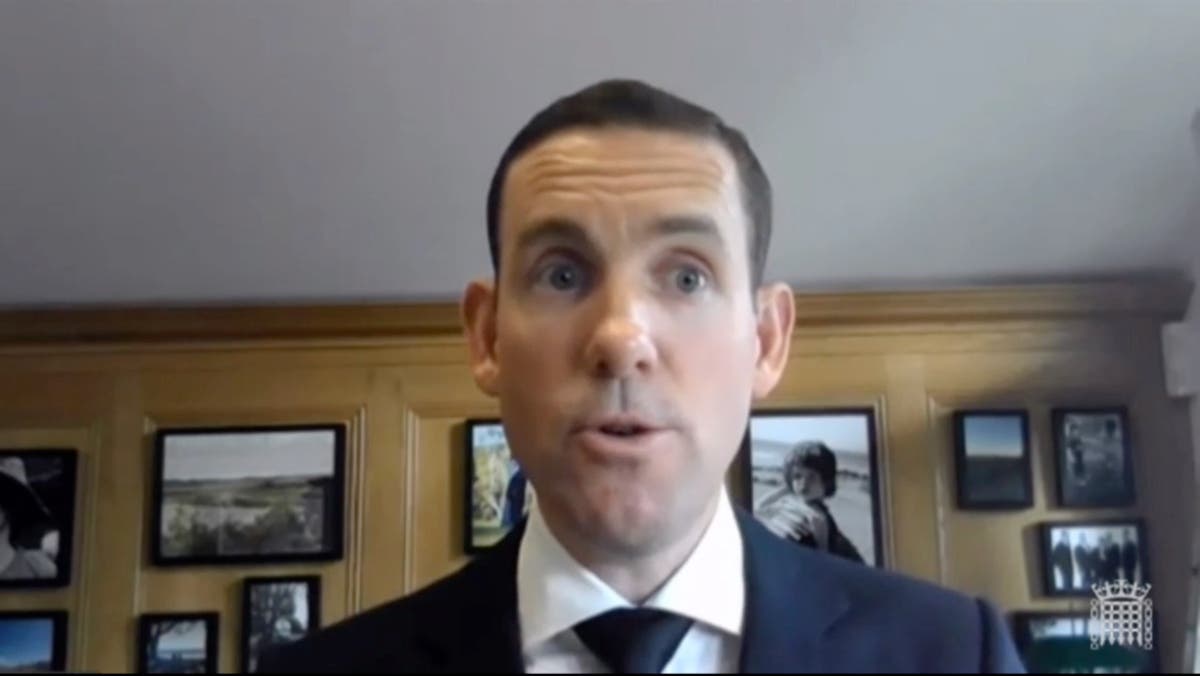 The UK’s financial regulator has launched an inquiry into “potentially criminal” activities linked to the collapse of Greensill Capital, for which David Cameron worked as a senior adviser.

The announcement came as a new dossier revealed how the former prime minister bombarded government ministers including Rishi Sunak, Michael Gove and Nadhim Zahawi – as well as officials at 10 Downing Street, the Treasury and Bank of England – with dozens of texts, WhatsApp messages, emails and phone calls over four months as he fought to get Greensill access to Covid support.

Signing his messages “Dc” or “De”, Mr Cameron branded the decision to exclude the firm from the Treasury’s multi-billion pound Covid Corporate Financing Facility (CCFF) “bonkers” and “nuts” and repeatedly pressed ministers and officials to meet with founder Lex Greensill.

Mr Greensill denied his firm was a “fraud” or a “Ponzi scheme” as he was subjected to more than three hours of questioning by MPs on the House of Commons Treasury Committee, which is conducting one of eight inquiries into the collapse.

The Australian financier said he was taken on by Cameron in 2012 at no cost to the government to work in the Cabinet Office on improving small business access to credit.

But he said it was “absolutely not” the case that he used the position to lobby for work for Greensill and said it was “not possible” that a report he wrote advocating supply chain finance for pharmacies would have ended up in the PM’s Red Box – though he later acknowledged it could have been placed there by his friend Jeremy Heywood, then 10 Downing Street’s top civil servant.

Mr Greensill said he met Mr Cameron “a couple of times” while working at the Cabinet Office and took him on later as an adviser in order to improve the company’s “brand awareness” after it became clear that potential clients had not heard of it.

Cameron was “a PAYE employee” and not a board member, but regularly attended board meetings, he said. The ex-PM received “less than one per cent” of share options in the firm in return for his “analysis and geopolitical thinking”, said Mr Greensill.

He confirmed that the former PM accompanied him on Greensill Capital’s private jets, but refused to say how much use Cameron made of them.

Mr Greensill denied that company director Bill Crothers had joined while still the government’s chief commercial officer, though he acknowledged that he was still working for the civil service for some months after taking up the private-sector position.

Rejecting allegations of conflict of interest, Mr Greensill said: “Mr Crothers wasn’t lobbying government. We didn’t actually have any government business for two and a half years after he joined the company. His focus was private-sector.”

The eighth inquiry into the Greensill collapse was announced today by Financial Conduct Authority boss Nikhil Rathi, who said there had been several allegations about the circumstances in which the company failed, “some of which are potentially criminal in nature”.

“We are also co-operating with counterparts in other UK enforcement and regulatory agencies, as well as authorities in a number of overseas jurisdictions,” said Mr Rathi.

Mr Cameron is to face the Treasury Committee on Thursday this week, when he will also be grilled by the cross-party Public Accounts Committee, which is looking into the value for taxpayers’ money provided by Greensill’s supply chain financing model.

The cache of communications released by Mr Cameron and published by the Treasury Committee today showed that the ex-PM and his office sent around 80 text, WhatsApp and email messages to ministers and officials between 5 March and 26 June 2020, with multiple contacts on some days.

Initially cast in chummy tones as Mr Cameron asked for meetings and offered lunches – telling the Treasury’s top civil servant he looked forward to “seeing you with Rishi for an elbow bump or foot tap” – the messages became more urgent as the CCFF decision arrived.

He told Treasury permanent secretary Tom Scholar on 3 April he was “genuinely baffled” by the decision and asking for a phone discussion on what he said was a “bonkers” decision, adding that he was “calling CX (Chancellor of the Exchequer), Gove, everyone” to try to resolve the issue.

The same day, he texted Sunak himself to brand the Treasury decision “nuts” and asking him to “call any time on this number”.

Cameron also fired off texts and emails to 10 Downing Street special adviser Sheridan Westlake, telling him there was “a looming problem you can help solve”.

In a text to Cabinet Office minister Michael Gove the same day, Cameron wrote: “I know you are manically busy – and doing a great job by the way (this is bloody hard and I think the team is coping extremely well). But do you have a moment for a word? I am on this number and v free. All good wishes De.”

After amendments were made to Greensill’s proposals, Cameron texted Sunak again on 22 April, urging him to “give it another nudge over the finish line” and insisting it was “clearly in the national interest.”

The messages also reveal that in June, Mr Cameron contacted both Mr Sunak and vaccines minister Nadhim Zahawi pressing for the maximum loan Greensill could make under the Treasury’s CLBILs Covid support scheme to be increased from £50m to £200m, describing the difference as “rather crucial”.

The contacts came to an end on 26 June with a text to Mr Glen stating: “Thanks for your help with this. Sorry the answer is a No, but we appreciate the engagement. All good wishes. De.”

Appearing before the Treasury Committee, Mr Greensill said he accepted “complete responsibility” for his company’s demise but said that the ultimate reason was because Tokio Marine and other insurers withdrew cover.

But committee members were sceptical over whether the business model could ever have survived.

Conservative MP Felicity Buchan described it as “simply unsecured lending… dressed up as receivables” and Dame Angela Eagle suggested Greensill was selling securitized investments based on projected future assets that may have been no more than ”a figment of somebody’s imagination”.

But Mr Greensill insisted that the company only ever provided funding that was secured against real assets. “At no time was there a position where the assets didn’t exist,” he said.

Mr Greensill confirmed that his firm had made loans totalling £418.5m under the government’s coronavirus lending schemes, of which some £334.8m was guaranteed by the British Business Bank.

But he declined to say how much of this was lent to companies operated by Sanjeev Gupta, the owner of the troubled Liberty Steel. He rejected the suggestion of former Treasury minister Lord Myners that the affair had cost the taxpayer £3-5bn, insisting: “There has been no loss to the taxpayer.”

Committee member Siobhain McDonagh accused Mr Greensill of “fraud” and suggested his aim had been to transfer exposure to Gupta companies “onto the government books, and ultimately the British taxpayer, using a former prime minister to aid your case”. Mr Greensill replied: “I disagree with your assessment.”