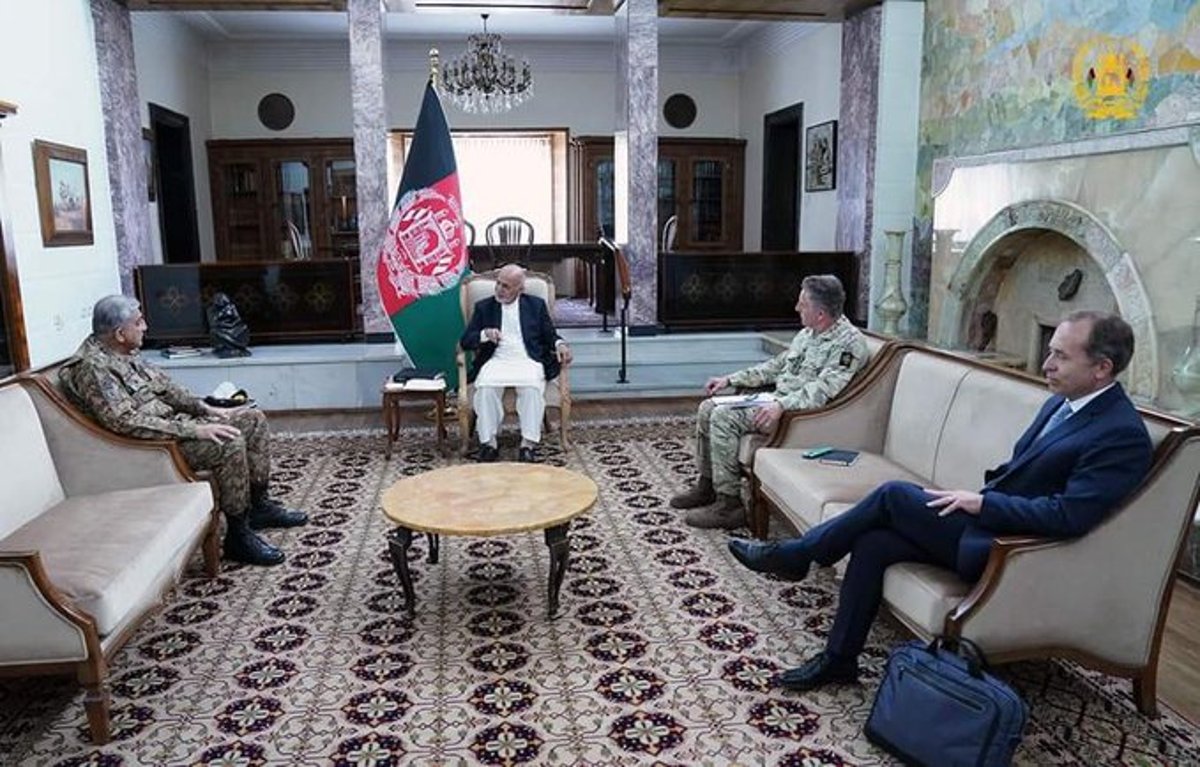 The head of the British military, General Sir Nick Carter, is said to be playing a key role in bringing together the Afghan government and Pakistani security chiefs as US led international forces prepare to leave and the country faces an uncertain future.

General Carter was in Kabul this week for a meeting between commanders of the Pakistani military -elements of which has long been accused of supporting and arming the Taliban during the conflict – and Afghanistan’s President and Vice President.

The role of General Carter and his team in the mediation has not been publicised by the British government.

There are currently 750 British troops in Afghanistan, on a training mission. They along with around 7,000 other non-American forces are expected to leave at least a month earlier than the symbolic departure date of 9/11 set by President Joe Biden.

The Independent understands that months of confidential talks have been taking place to facilitate talks between senior Afghan and Pakistani military officers and officials, with British involvement, after it became clear that the US intended to end its longest war in history by pulling out troops.

The Afghan President, Ashraf Ghani, has kept personally in regular contact with General Carter, the UK Chief of Defence Staff, who he has known for a long time.

A senior Afghan official said : “General Carter has played an important part in getting us and the Pakistanis together. It is not easy to have trust with the recent history between the two countries. We do not know what’s going to happen in the future, we have great worries.

“We think there’s a bit of sensitivity in London over it all among some people, not wanting to be seen to be too involved. but it’s important that the British and Carter cotinues. It is a constructive role.”

General Carter was present at the meeting between President  Ghani and Vice President Amrullah Saleh and the head of the Pakistani army, General Qamar Bajwa. General Faiz Hameed the head of Pakistan’s ISI ( Inter Services Intelligence) was also present . The ISI, in particular, has been repeatedly charged over the years with backing the Taliban and other insurgent groups such as the Haqqani Network.

Mr Saleh, a former head of the Afghan intelligence service NDS ( National Directorate of Security) thanked “General Nicholas Carter for his facilitating role” after the meeting.

The meeting, in the Afghan capital, took place just two days after one of the most horrific atrocities in recent years, even by the violent standards of the Afghan conflict,  targeting schoolgirls in the city. The number of dead rose to 85 with another 147 injured after the school in the Dasht-e-Barchi neighbourhood was targeted by a car bomb.

General Carter had served extensively with Isaf (International Security Assistance Force) in Afghanistan, including as head of Regional Command South based in Kandahar. In that time he had built up extensive contacts among senior Afghan military officers and their Pakistani counterparts, as well as Afghan tribal leaders and politicians.

Last month, after President Biden announced that he was continuing with Donald Trump’s decision of Afghan withdraw, General Carter said that he had hoped for a different outcome. He pointed out that the reason for the Western presence in support of the Afghan government was to prevent the country becoming ungoverned space from where terrorist attacks could be launched.

Following the meeting in the Afghan capital the Pakistani military issued a statement saying “a peaceful Afghanistan means a peaceful region in general and a peaceful Pakistan in particular.  We will always support ‘ Afghan led-Afghan owned’ peace process based on mutual consensus of all stakeholders”.

The withdrawal of US led forces follows an  an agreement between the Trump administration and the Taliban which took place in Doha, and was presented effectively as a fait accompli to the Afghan government in February last year, the insurgents were supposed to stop  their bombings and shootings while talks continued and prisoners were exchanged.

The vast majority of Taliban detainees, including the “high value” hardcore ones, have been released.

Attacks on international troops have dwindled significantly. but those on Afghan government forces and civilians have continued. Some of the deaths have been targeted assassinations of civic society leaders, human rights workers, academics and journalists.

Under the deal struck between the Taliban and the Trump administration, American troops were supposed to have pulled out by the first of May.

The Taliban had warned in the past that they will resume attacks if the withdrawl is delayed. The Pakistani military, according to reports, is trying to persuade the Taliban to desist from resuming hostilities.