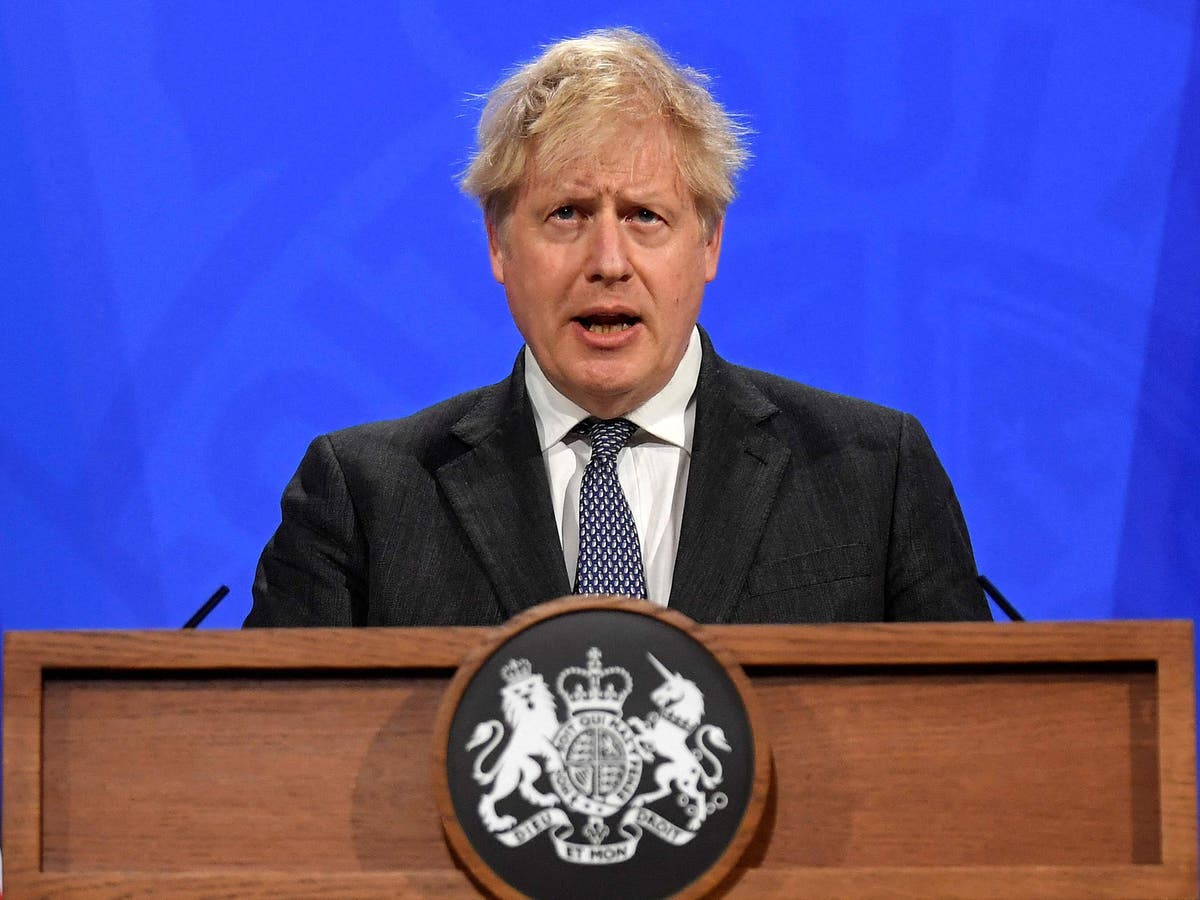 Boris Johnson is due to confirm the next stage of lockdown lifting in an announcement later.

The third step in the government’s roadmap is set to include the return of indoor hospitality and household mixing from next Monday.

The prime minister is expected to appear at 5pm in Downing Street to say the latest data on Covid infections, death, hospitalisations and vaccinations support a futher relaxation of measures.

He will say: “The data reflects what we already knew – we are not going to let this virus beat us. The roadmap remains on track, our successful vaccination programme continues – more than two-thirds of adults in the UK have now had the first vaccine – and we can now look forward to unlocking cautiously but irreversibly.

“It’s because of the British public’s unwavering commitment that we are saving lives, protecting the NHS and controlling the virus.”

Audiences can also return to concerts, performances and sporting events, with a limit of 1,000 people or half of venue capacity indoors and 4,000 or half of capacity outdoors.

Groups of up to 30 will be permitted to meet outdoors in England, while indoor gatherings will be limited to six people or two households.

The prime minister met with his cabinet on Monday morning to seek approval for the next step of reopening. His announcement later follows a statement from medical chiefs saying the UK’s Covid alert level should be lowered after a “consistent” fall in cases, hospital admissions and deaths.

0 0 0 0
Previous : The Seal of Approval. Bilderberg and the Origins of the Trilateral Commission – Conspiracy Archive
Next : Online scams soar as fraudsters and foreign agents exploit Covid and Brexit