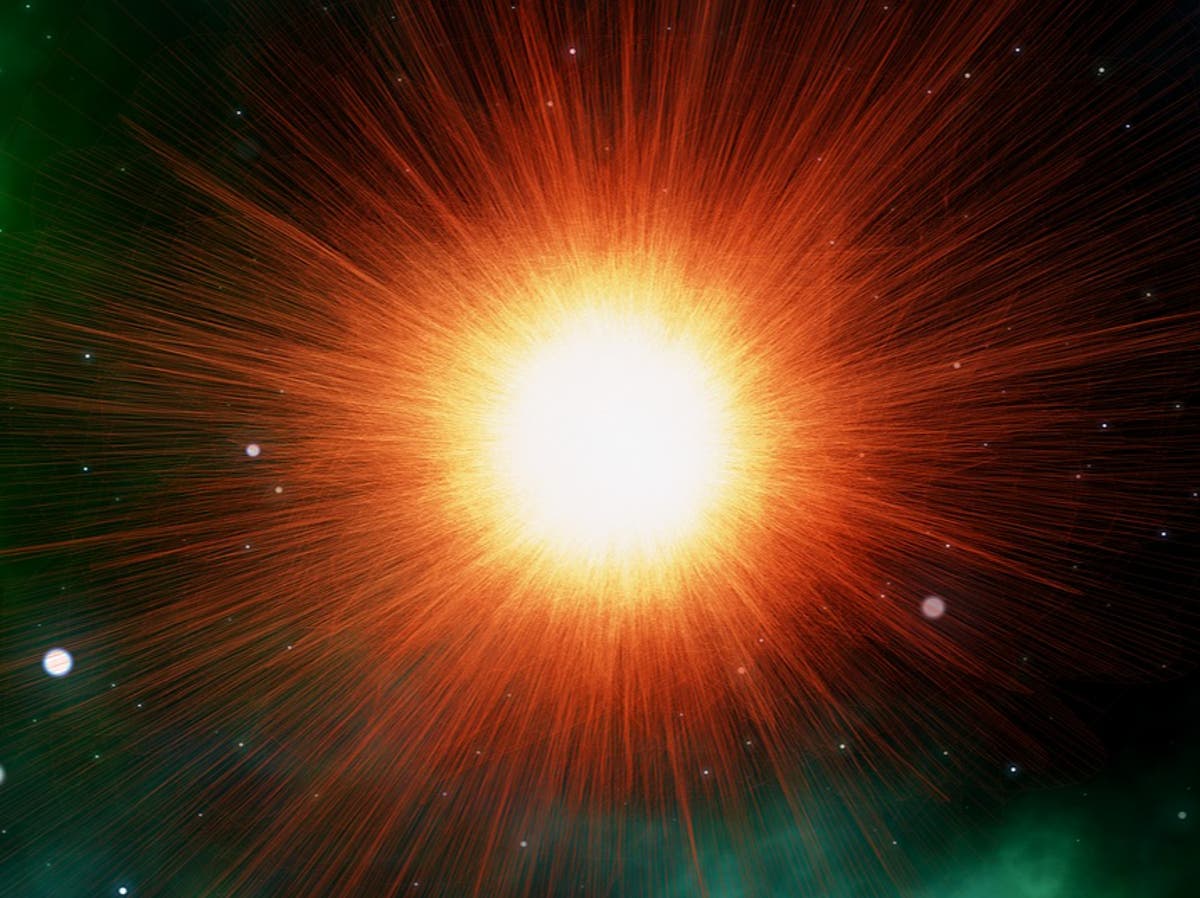 A strange yellow star which exploded into a supernova in a never-before-seen situation “stretches what’s physically possible”, scientists have said.

A team at Nasa was monitoring the enigmatic ball of gas for 30 months before it exploded into a supernova. Burning 35 million light years from the Earth, what should have been routine behaviour for this star turned into something unexpected: unlike others, this did not have a layer of hydrogen around it before it exploded, which scientists did not realise was achievable.

“We haven’t seen this scenario before,” said Northwestern’s Charles Kilpatrick, who led the study. “If a star explodes without hydrogen, it should be extremely blue — really, really hot.

He continued: “It’s almost impossible for a star to be this cool without having hydrogen in its outer layer. We looked at every single stellar model that could explain a star like this, and every single model requires that the star had hydrogen, which, from its supernova, we know it did not. It stretches what’s physically possible.”

The supernova, located in the NGC 4666 spiral galaxy, seemed normal; the Hubble telescope captured the image of the galaxy two years before the explosion, allowing scientists to study its strange source.

“When it exploded, it seemed like a very normal hydrogen-free supernova,” Kilpatrick said. “There was nothing outstanding about this. But the progenitor star didn’t match what we know about this type of supernova.”

Nasa scientists did have some indication about the origins of this confusing circumstance. As ejecta from the explosion travelled through space, it collided with a huge mass of hydrogen – and the existence of that clump of gas led the team to speculate that the original star could have shed its layer before exploding.

“Astronomers have suspected that stars undergo violent eruptions or death throes in the years before we see supernovae,” Kilpatrick said.

“This star’s discovery provides some of the most direct evidence ever found that stars experience catastrophic eruptions, which cause them to lose mass before an explosion. If the star was having these eruptions, then it likely expelled its hydrogen several decades before it exploded.”

There is another possibility: a lesser star might have ripped the hydrogen from the source of the supernova. Unfortunately, it will be a long wait for scientists to investigate further, as the light from the explosion is too bright, blinding scientists who are looking to uncover the mysteries of the universe.

“Unlike its normal behaviour right after it exploded, the hydrogen interaction revealed it’s kind of this oddball supernova,” Kilpatrick said, “but it’s exceptional that we were able to find its progenitor star in Hubble data. In four or five years, I think we will be able to learn more about what happened.”

The study, “A cool and inflated progenitor candidate for the type Ib supernova 2019 yvr at 2.6 years before explosion,” was published in Monthly Notices of the Royal Astronomical Society.

0 0 0 0
Previous : Explosions heard in Jerusalem after Hamas fires rockets
Next : May 17 lockdown rule changes in full