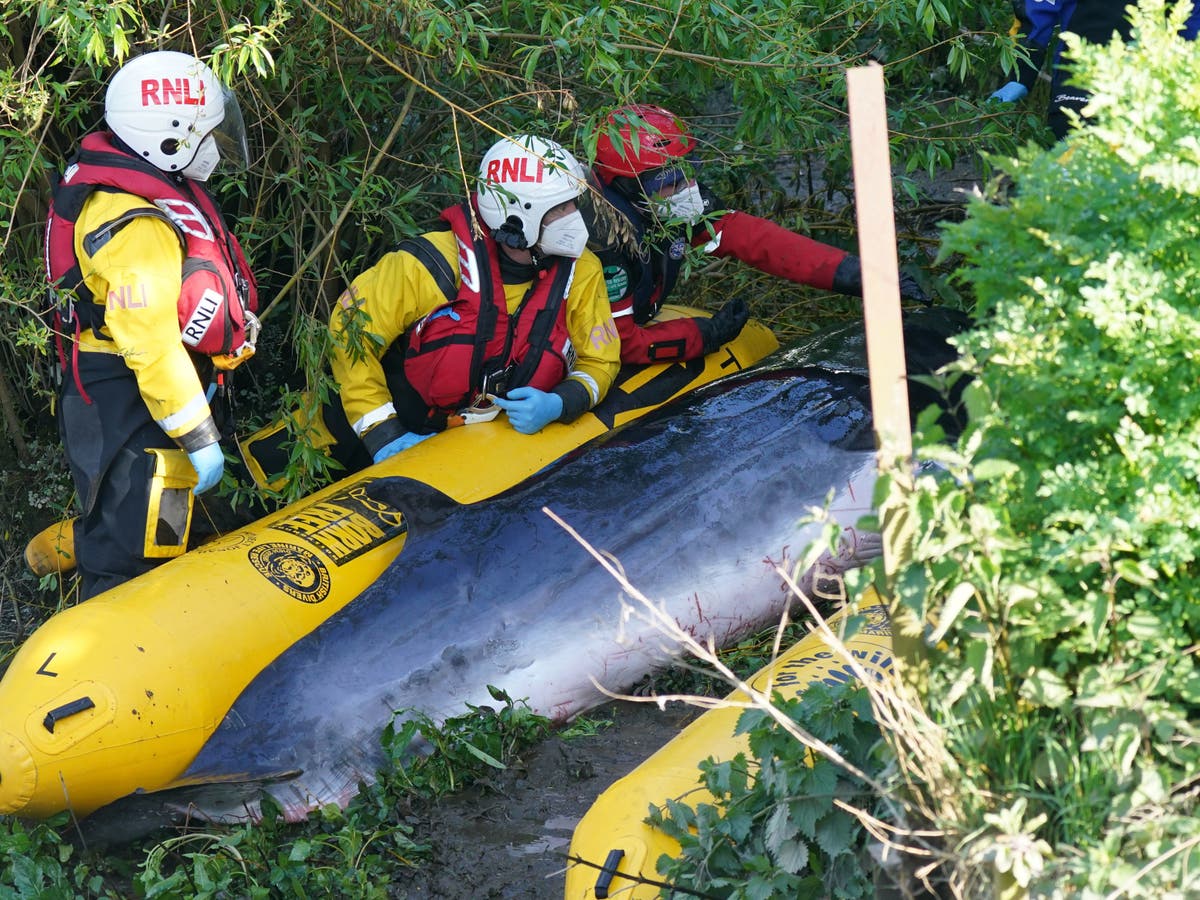 An injured minke whale calf stranded in London’s River Thames has been put down by a vet.

She said the animal would be given a “large anaesthetic dose”.

“The vets are here from London Zoo. They will give the whale a large anaesthetic dose which will put it to sleep. It’s as straight forward as that,” she said.

“The vets explained to me they will inject it near the liver and the anaesthetic will slowly go through the system. I can’t tell you how long that will be.

“The whale shouldn’t feel anything. They are just putting it to sleep.”

The minke, measuring between 10ft and 13ft long, had become trapped against the riverbank near Teddington.

Hundreds of people gathered at Richmond Lock and Weir on Sunday when the animal became stuck on the lock’s boat rollers.

Videos showed it being hosed down by a man believed to be from the Port of London Authority, while a vet performed a check-up at the river’s edge, before the Royal National Lifeboat Institute (RNLI) arrived at the scene to the cheers of onlookers at about 9pm.

Fire crews were also at the scene, along with the BDMLR.

The whale was found to be in poor health and was put on pontoons to make it more comfortable on Sunday night, as it was decided that it should be put to sleep.

Minke whales are the smallest type of whale and usually grow to about 10m long.

They are typically found in the northern Atlantic and Pacific oceans but can be found at the ice edge in the Arctic during the summer, and further south, near to the equator, during the winter.

In 2019 three whales were found dead in the Thames, including a minke and a humpback.

0 0 0 0
Previous : Boris Johnson urged to waive vaccine patents ‘for the sake of all humanity’
Next : CNN calls on Tucker Carlson to reveal if he’s been vaccinated after spreading anti-vaxx attacks