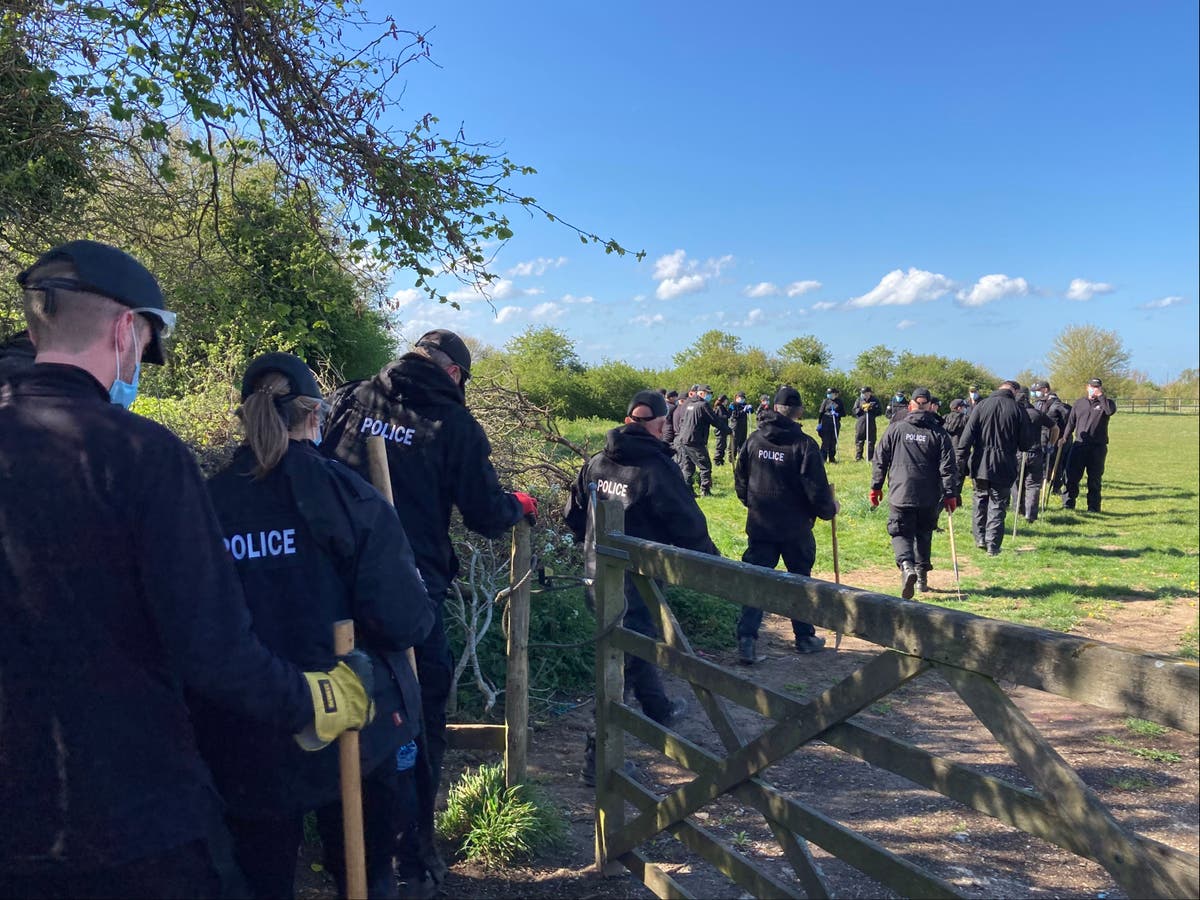 A 21-year-old man has been charged with the murder of PCSO Julia James.

James, a well-respected police community support officer known for her work helping domestic violence victims, was found dead in Akholt Wood near her home in Snowdown, Kent, on 27 April.

Callum Wheeler, from Aylesham, has been charged with her murder, Kent Police said.

He remains in custody and is due to appear via videolink at Medway Magistrates’ Court on Tuesday.

James, who has been described as “fiercely loyal” by her family, died from serious head injuries while out walking her dog.

On Wednesday, police issued an image of her in the clothes she was wearing before she was killed.

Police said it was the same clothing, apart from the gloves, which she wore on the day she died.

Large numbers of police, from several forces, were in Aylesham on Monday as the probe into her death continued.

Dozens of officers used poles to painstakingly search through undergrowth in a field and beside a lane.

The searches have been taking place around a field less than two miles from James’ home in the hamlet of Snowdown.

Elsewhere in the village, a row of houses was cordoned off and a forensic van was seen driving away from the scene.

The National Crime Agency (NCA) said one of its national senior investigating officer advisors (NSIOA) was leading a team of officers from the agency’s major crime investigative support unit (MCIS), who are providing advice and guidance, as well as access to a number of specialists, to Kent Police.