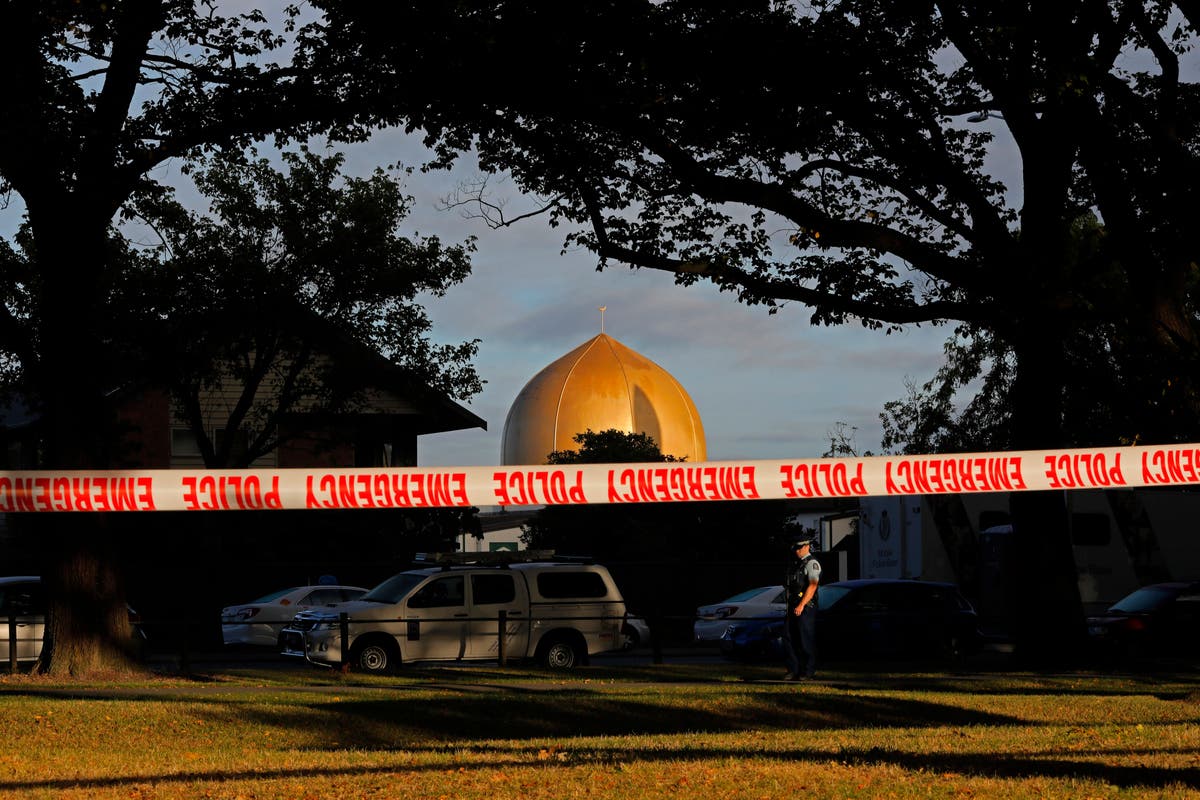 An alleged neo-Nazi accused of terror offences filmed himself “strumming along” with footage of a gunman massacring Muslims at a mosque, a court has heard.

Dean Morrice is accused of eight terror offences and two counts of possessing explosive substances that were found at his home near Bristol.

The 34-year-old allegedly created parts for a 3D-printed gun and ran a social media channel that encouraged far-right terror attacks.

The opening of his trial at Kingston Crown Court heard that he held up the Christchurch mosque shooter Brenton Tarrant “as an example to follow”.

Prosecutor Naomi Parsons told jurors that Mr Morrice watched Tarrant’s livestream of the massacre, which left 51 victims dead, within hours of it happening on 15 March 2019.

Shortly afterwards, he allegedly read and “digested” Tarrant’s manifesto, which called for further attacks by “soldiers that will fight for the future of [the white] race”.

The court heard that three days after the Christchurch attack, Mr Morrice posted a video on a WhatsApp group combining Tarrant’s live footage with footage of himself playing the guitar and wearing a skull mask.

Ms Parsons said the video, which was played to the jury on Monday, showed the defendant “strumming along to the sound of the machine gun shots” as Tarrant murdered his victims.

“The prosecution say the video is a terrorist publication – it is likely to be understood by a reasonable person as an encouragement to commit a terrorist act,” she added.

Mr Morrice is also accused of sharing Tarrant’s video and manifesto online, through WhatsApp and the encrypted messaging app Telegram.

The court heard that the defendant ran a Telegram channel that prosecutors say “unapologetically, unambiguously, pumped out neo-Nazi propaganda which encouraged killing of non-whites and Jewish people”.

One post read: “We must guarantee that our propaganda reaches every white soul on this tiny planet of our … I call upon you once more to constantly, tirelessly carry out the great mission of our propaganda minister, Dr Goebbels, ensuring the spread of the National-Socialist Truth 24/7.”

Christchurch gunman sentenced to life in prison without parole

Another post showed an image of Tarrant alongside the Norway shooter Anders Brevik and Oklahoma bomber Timothy McVeigh , with the caption: “We can’t expect saints to do all the work.”

Mr Morrice allegedly made more than 600 posts on the channel between January and August last year, including memes, videos, messages and links to publications.

The court heard that some of the posts were the defendant’s own content, while others were shared from other Telegram groups or a cooperative of 14 neo-Nazis.

Jurors were told that police officers who searched his home found chemicals that would make 1.3kg of the explosive blank powder and 680g of thermite.

The court was shown an exhange on Telegram between Mr Morrice and a Russian neo-Nazi, where the defendant asked for help translating Russian documents from a channel regarding explosives.

“If you can it would help the brotherhood more than you can know,” the defendant allegedly wrote.

The court heard that he had obtained manuals to make homemade firearms, files to print 3D gun parts, explosives instructions and information on data encryption.

Ms Parsons said there was “no reasonable excuse” or lawful purpose to possess the documents and explosive substances.

“These manuals and documents and his possession, the explosives, are not separate from Mr Morrice’s neo-Nazi mindset,” she told the jury.

“It is not simply that he has got an interest in explosives and guns, his interest in intimately connected to the neo-Nazi ideology he espouses.”

Mr Morrice denies two counts of possessing explosive substances without a lawful purpose, one of encouraging terrorism, three of disseminating terrorist publications and four of possesing documents useful to a terrorist.

The defendant, who had a small business making gadgets, told police he was not making explosives and had the chemicals for lawful purposes including home brewing.

The court heard Mr Morrice said he did not want to make a real firearm, but a toy gun to put up on the wall. The trial continues.