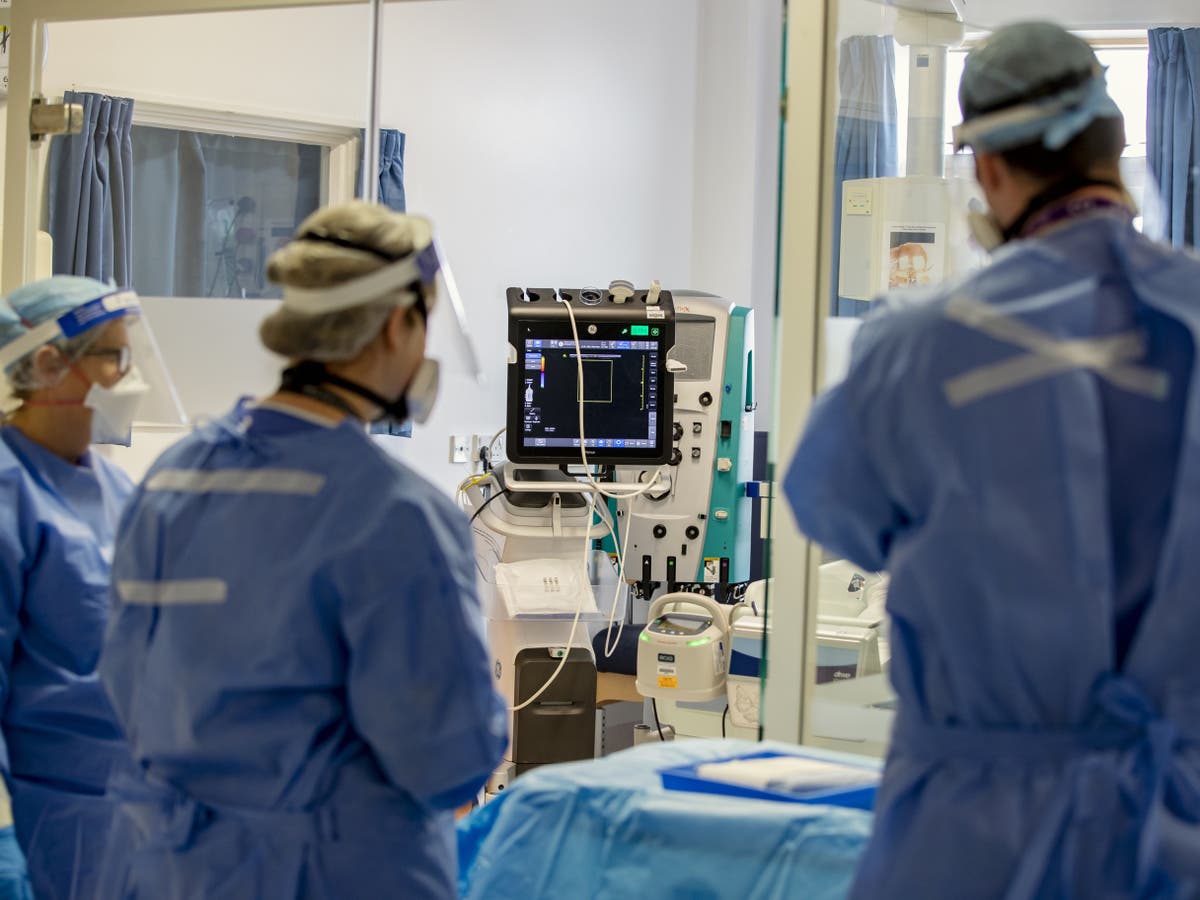 ‘A slap in the face’: Hundreds of frontline Covid doctors told they won’t have jobs from August

Hundreds of doctors working on the front line during the Covid pandemic have been told they won’t have jobs in the NHS training scheme from August, despite the health service being dependent on them to tackle surgical backlogs.

Almost 700 anaesthetists – who had key roles caring for critically ill patients struggling to breathe during the Covid surges – have been dropped from the NHS training scheme and are unable to progress in their careers because of a shortage in places.

One junior doctor listed 40 jobs across the country that he would have considered moving to, but had been rejected for every single one, despite ranking in the top third of candidates nationally.

He told The Independent that the news was a “slap in the face” after the past year and that he felt “let down” after giving so much during the pandemic.

Amid a lack of training places, a record level of applicants as a result of curriculum changes, and the absence of opportunities to train abroad, given the pandemic, a record 697 doctors, who have all done at least four years training already, now face a scramble to find non-training jobs in NHS hospitals.

These positions, often on older contracts, are likely to pay substantially less and will not be part of the official NHS training scheme producing the next generation of consultants. The doctors may have to wait until 2024 to restart their training.

A registrar on the national junior doctor contract can expect to earn approximately £50,000, but a doctor employed at a trust on the older terms and conditions earns just under £39,000.

The Royal College of Anaesthetists (RCOA) said the number of training places in the NHS was not keeping pace with demand, with widespread vacancies for anaesthetists across the health service a serious risk to patient safety. It called on the government and Health Education England (HEE), which funds training places, to increase the numbers.

In total, 1,056 doctors applied to continue their training as anaesthetists after their initial four years in the NHS. But with only 359 posts available, 697 were not successful. Some may still be able to get a place before August if other doctors don’t accept their offers, but the majority will not and the number of places is fixed.

One of the doctors affected told The Independent the past year had been “immensely difficult, proper war zone stuff”, adding: “Months and months of training have been taken away from me. We had to do it, but also the NHS asked us to do it and now it’s like, ‘Thanks very much, you don’t get a job.’ It’s like a real slap in the face.”

The doctor, who worked across several London hospitals during the Covid surges, described working without the usual supervision on punishing rotas of mixed days and night shifts that disrupted his body clock and left him unable to sleep properly.

“I remember going into work and having to make critical decisions on just one hour’s sleep.”

The doctor warned that many of his colleagues could quit over the way they’ve been treated: “I feel like they can’t keep taking from us. I’ve lost all that time training, months and months of revision, and I’m not going to get that back; my wife isn’t going to get that back. It’s just constantly taking the best years of our life and I feel they’ve not held up their end of the bargain.

“I love my job, but it feels like the bodies that govern and support us as trainees are doing everything they can to take that love away by putting us in positions like this.”

As well as the shortage of training places, the pandemic has meant doctors are unable to leave the UK to work in countries such as Australia before applying to continue training as a registrar.

In addition, from next year, the RCOA is also adding an extra year before registrar training starts – which has worsened the bottleneck this year as doctors tried to avoid the change.

Dr Helgi Johannsson, from the RCOA, said the number of doctors being trained was not enough to meet the demands of the NHS.

He said: “These people have already been through one extremely competitive recruitment round and then to be rejected at the second one is going to be psychologically crushing, especially in a year where their training has been disrupted enormously by Covid.

“These are doctors who’ve been absolutely frontline in the fight against coronavirus. This could dissuade some trainees from pursuing their career in anaesthesia, which would be a great tragedy.”

Dr Johannsson said hospitals across the country have set up their own non-training posts “to ensure safe staffing, adequate rest and that rotas are kept legal”.

He added: “The number of anaesthetists being trained does not match the capacity need at the moment and certainly not in the near future while we try and get the elective operating capacity back up, to provide the public with the surgical and anaesthetic service they need.”

In its latest workforce census, the RCOA found that 90 per cent of departments across England had at least one consultant vacancy, equivalent to 1,410 anaesthetists or 1 million patient operations a year that might be delayed.

There are now a record 4.7 million patients waiting for routine hospital treatment, including more than 350,000 who have waited more than a year.

Dr Johannsson added: “The Royal College of Anaesthetists has been having honest, open and frank conversations with Health Education England and the government about workforce for several years, but clearly these need to continue and intensify if the anaesthetic supply line is going to be managed effectively in the next few years.

Due to shortages for anaesthetists, many hospitals have now opted to fund their own non-training posts to ensure gaps are filled and the safety of patients is maintained. Most training posts are funded by HEE, but it has had its budget held flat since 2015.

HEE data shows it reduced the number of anaesthesia training posts for registrars from 315 in 2017 to 256 this year. In intensive care medicine, posts increased from 139 to 171 over the same period.

Professor Wendy Reid, medical director for HEE, said the 697 figure was “speculation”, despite the fact the final number of places available will not change.

She added: “The number of posts available is in line with previous years and, as always at this stage of recruitment, there remain those who do not have posts yet. We recognise this year is unique, which is why we are supporting trainees as much as possible in finding the right roles across all professions, including additional recruitment rounds and more flexibility for applicants.”

0 0 0 0
Previous : Covid-19 vaccines by Johnson & Johnson and AstraZeneca should be excluded over potential side effects – Norwegian health experts – David Icke
Next : Met Police and Lambeth sued by Black activists for human rights breach