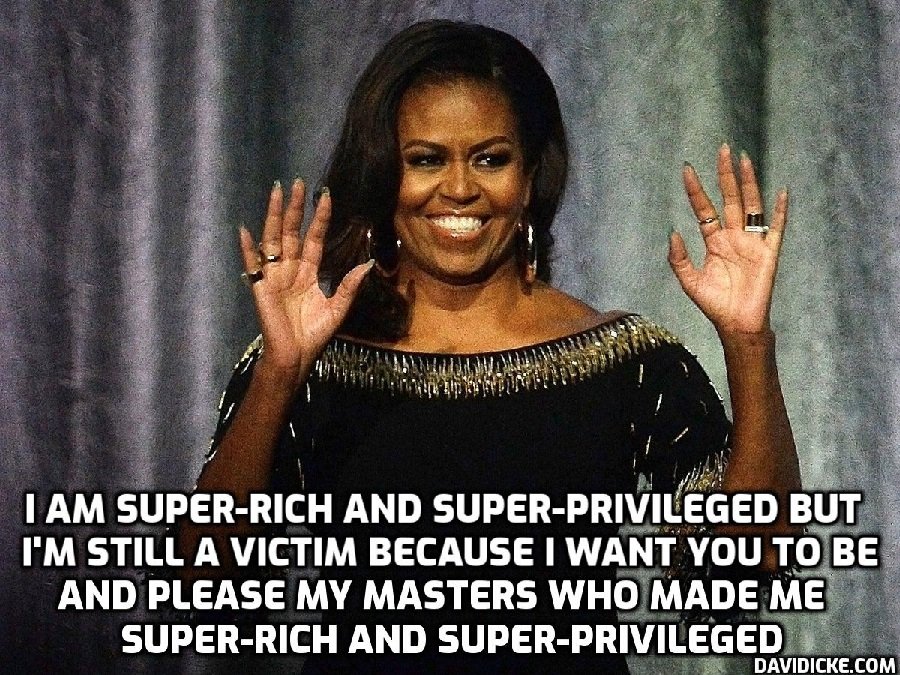 Posted by BLN-admin
Date: May 08, 2021
in: US News
Leave a comment
0 Views
Home
Alternative News
David Icke
US News

Michelle Obama has opened up the fear she has in her heart as a mother to black children, saying she worries about the negative assumptions that might be made about her daughters Malia and Sasha every time they get into a car by themselves.

The former First Lady  discussed the constant fear in the black community and her reaction to Minneapolis police officer Derek Chauvin being convicted of murdering George Floyd during an interview with CBS This Morning, which aired on Friday.  Mrs. Obama, 57, and her husband, former President Barack Obama, 59, released a rare statement after the verdict, saying the ‘jury did the right thing’ but ‘true justice requires much more’ to be done.

‘The goal is to let leaders lead. But in certain times, people, you know, look to us often. “Well, what do you think? How do you feel?”‘ she told Gayle King when asked about the verdict during their sit down in Washington, D.C.

Read More: Michelle Obama says she worries about ‘racism’ against her children

0 0 0 0
Previous : Alcohol Deaths Rise to Highest Level Since Records Began in England and Wales – David Icke
Next : US economy heading for catastrophe with roaring inflation and shortages – exactly as planned