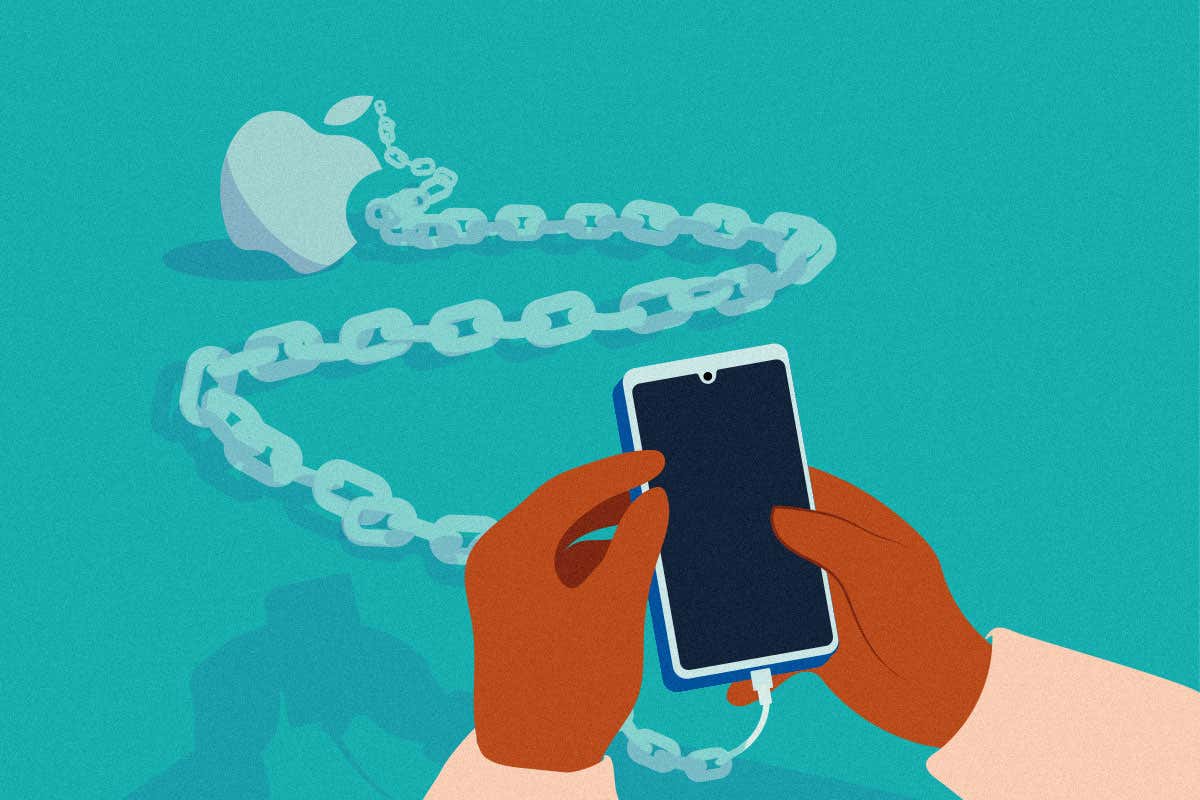 The future of the rules used to regulate big tech companies hangs in the balance. Epic Games, the maker of online video game Fortnite, is currently facing Apple in a US federal court, in a trial that could not just decide how mobile apps operate, but how technology firms can act in general.

It all began in 2020, when Epic Games launched an update of its iOS app that bypassed Apple’s payment system, allowing it to take direct payment – a violation of Apple’s terms of service. Apple typically takes a 30 per cent commission on every purchase made on more than 1 billion iPhones around the world. The update meant it would miss out.

Apple promptly banned Epic Games from its App Store. Epic countered with a #FreeFortnite campaign that mocked an iconic Apple advert from the 1980s. It argues that Apple runs a monopoly with its App Store, which puts smaller app developers at a disadvantage, especially compared with Apple’s own apps that can avoid the fee.


Although this may sound like a classic case of David versus Goliath, with a challenge to the power of a dominant tech company, it is a lot more complicated than that.

Epic Games isn’t a small developer, but a $29 billion company. And while Apple is a trillion-dollar tech company, it also wants to be recognised as a champion of privacy and fiercely opposes some of the industry’s most controversial practices.

The US federal court will have to answer two key questions: is Apple running a monopoly with its App Store? And should it be allowed to take a 30 per cent revenue cut of every App Store purchase?

“These cases are difficult to win because it hinges on the court’s definition of what a digital market is”, says Anirudh Ekambaranathan, a researcher at the University of Oxford. Epic Games argues that the App Store itself is a market in which Apple has a complete monopoly. Apple argues that games such as Fortnite can not only be played on all sorts of platforms, including Android as well as Apple phones, but also devices like PlayStation.

Unlike Android, the iOS operating system only allows people to install apps directly from its App Store. This has advantages and disadvantages. One benefit of this centralised control is that Apple has a much tighter grip on privacy and security compared with Android. It also means that Apple can more easily impose its terms and conditions. This recently angered Facebook, when Apple introduced “app tracking transparency”, a feature that makes it easy for users to opt out of detailed tracking on apps, an option that nearly all users are choosing.

But Apple is also a powerful gatekeeper and has been accused of privacy hypocrisy. The company can decide what kinds of apps users are allowed to install on their phones, reducing choice for consumers. Apple also hasn’t always enforced its own rules consistently. If Apple really objected to privacy-invading practices, which often violate the company’s Terms of Service, it could take much more aggressive action during app reviews. Last week, the European Commission published a preliminary view on Apple saying it “distorted competition in the music streaming market” using its dominant market position following a complaint filed by audio-streaming service Spotify.

No matter the result of the US case, which will be decided by a judge, it is likely to have long-term implications for corporate power. If Epic Games wins, Apple will have to make major concessions in relation to how it runs its platforms. If Epic Games loses, this would give support to those who argue that current antitrust law isn’t fit for purpose to rein in the dominance of the big tech companies and needs to be reformed.

0 0 0 0
Previous : IT'S BEEN A WILD RIDE! THANK YOU FOR THE LOVE AND SUPPORT, LONDON! 🇬🇧🙏🏼
Next : Armed school bus hijacker let children go after they pestered him by ‘asking lots of questions’