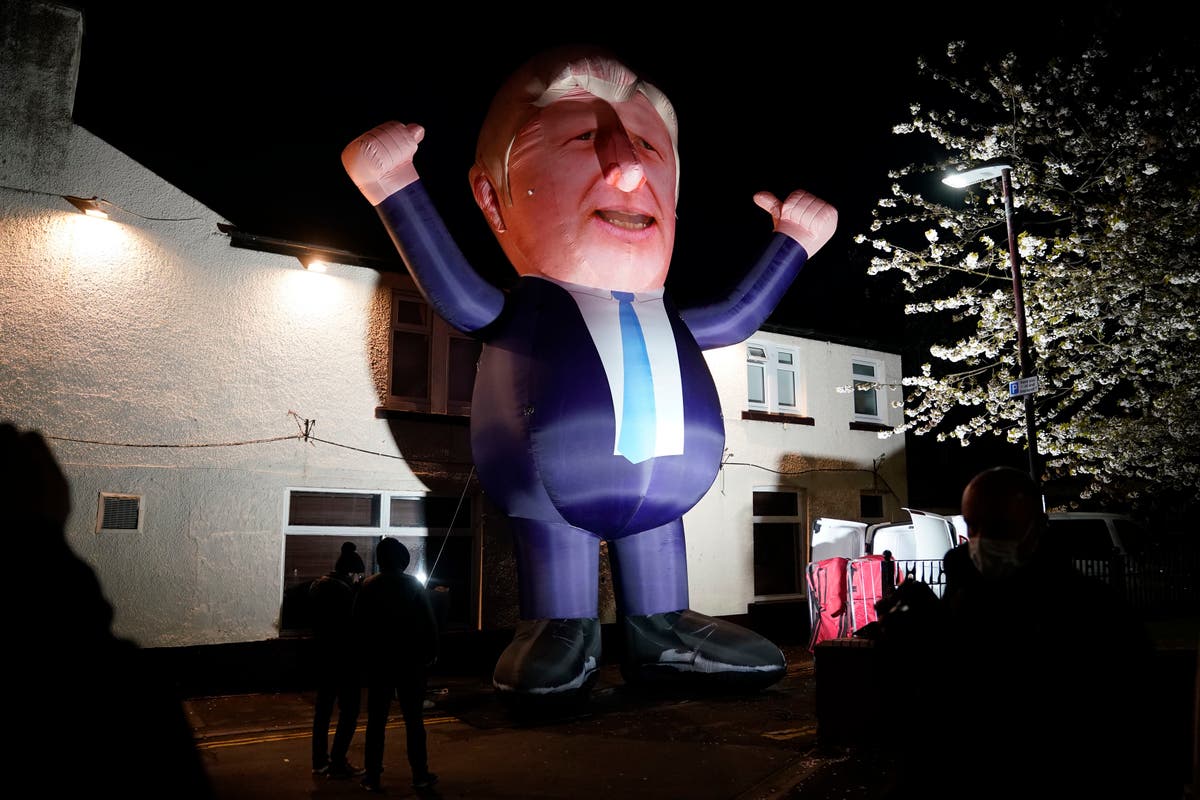 It was a couple of hours before polling booths had even closed that rumours started swirling about Labour staffers already leaving Hartlepool.

They had, so it was said, seen enough. They feared just how humiliating things might become.

At precisely 7.05am, in the town’s Mill House Leisure Centre, the full extent of those concerns were realised.

In perhaps the most important by-election in a generation, this once impregnable Red Wall stronghold fell to the Conservatives for the first time in more than 60 years.

Tory Jill Mortimer did not just beat Labour rival Paul Williams; she eviscerated him, winning by a majority of 6,940 votes.

“The Labour campaigners have all shot off to Sunderland,” one campaigner declared. “But we’re coming for them there next.”

Outside the centre, a local group calling themselves the Hartlepool Wombles had installed a massive inflatable of Boris Johnson. It stood there, taller than the pub it was anchored to, its thumbs up. “If he can get this town moving again, he’ll do me,” said landlord Taffy Turner.

This was, for the avoidance of doubt, no ordinary Tory victory.

It suggests, analysts reckon, that, even with Brexit now done, the prime minister retains his appeal in the sort of former Labour heartlands which he won so successfully in the 2019 general election. Simultaneously, it also raises questions about Labour leader Sir Keir Starmer’s ability to attract voters in the very same kind of post-industrial areas that were once his party’s bedrock.

“Let me tell you,” said a jubilant Mike Young, leader of the Tory group on the local council. “Peter Mandelson [previous member of parliament for Hartlepool] said that Labour need not worry about the working class – they needed to court the liberal middle class – because the workers would have nowhere else to go,” “Well, tonight, they have found somewhere else. They have found us.”

As other Tories became increasingly confident in the build up to polling day, Young himself – a business consultant living in the town – had kept his powder dry. “I don’t want a Neil Kinnock moment for us,” he had told The Independent days earlier. “People try and predict Hartlepool at their peril.”

But by 8pm on Thursday, even he was sensing victory. “I’ve had a bath, ordered a Dominoes and I’m feeling celebratory,” the 39-year-old said. “Let’s see what happens – but I’m looking forward to the result coming in.”

Sources suggested that when the first box of ballots was opened in front of both independent observers and candidates, the papers were a mass of Tory votes.

Mortimer herself – a councillor from North Yorkshire – had built her campaign on perhaps two things. One: a promise to bring jobs, investment and opportunities to Hartlepool. Two: an absolute refusal to answer any questions from the media. Not, it seems, a believer in scrutiny.

For every winner a loser. Dr Williams – who, in 2019, was unseated as MP in Stockton South – appeared as dejected as one probably would be had they lost two Labour safe seats in the space of just 18 months.

Yet, in the centre’s sports hall, his campaign manager, the shadow transport secretary Jim McMahon, was insistent a good campaign had been fought. He held no truck with doubts over Sir Keir’s leadership.

“I’m clear on this,” he said, “Keir Starmer has been an asset on the doorstep. We have not felt the same hostility we did in 2019. He has earned us the right to be heard. People have been warm and welcoming. In the end that hasn’t been enough this time but we can move on from here.”

Indeed, such an opportunity will come sooner than many may have realised – or perhaps, in the Labour party at least, wanted.

As Hartlepool wakes up on Friday to a Tory parliamentarian for the first time in 60 years, another former Red Wall seat will almost certainly be coming up for grabs.

In West Yorkshire, Labour’s Tracy Brabin looks all but certain to be elected as the region’s newly created mayor. That means she will have to stand down from her position as MP for Batley and Spen, triggering another electoral contest in another Labour heartland.

It will be one the Tories will now feel they can win. Who would bet against a Boris inflatable – thumbs up and gurning – turning up there too?