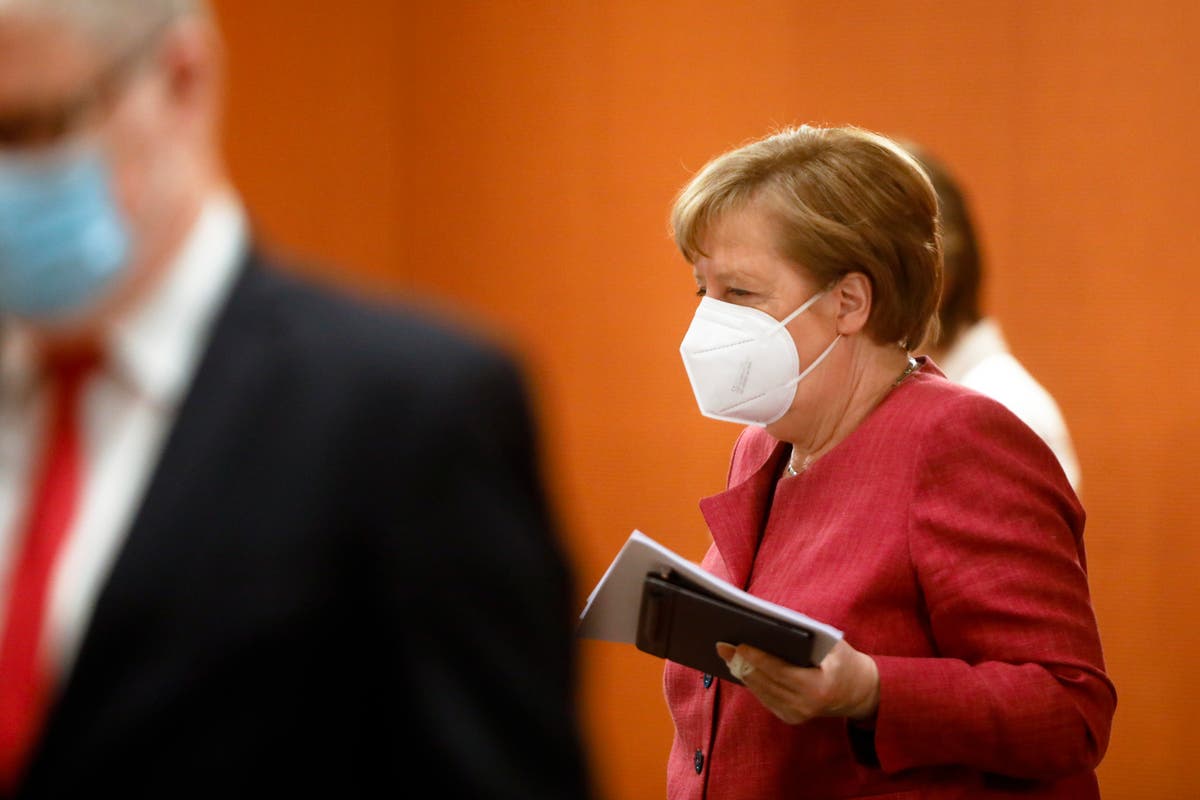 German officials have opposed a drive to remove patent protection from Covid-19 vaccinations after the US advocated for the move to expand jab access to poorer nations.

The Biden administration won praise from humanitarian groups after reversing course on Wednesday to call for a waiver on intellectual property protections related to vaccines.

However, officials in Berlin pushed back on the idea on Thursday, stating that Germany is instead focussed on increasing production capacity for the benefit of other nations.

A spokeswoman for Chancellor Angela Merkel said: “The protection of intellectual property is a source of innovation and must remain so in the future.”

The White House’s proposal made the US the first nation with scaled up vaccine production facilities to back such a move, which would ultimately be the decision of the 164-member World Trade Organisation (WTO).

Under WTO rules it would take just one country to oppose the patent waiver for the proposal to fail if put to a vote.

US secretary of state Antony Blinken said it would be important to move quickly to ensure a fast global rollout of vaccines.

“On the current trajectory, if we don’t do more, if the entire world doesn’t do more, the world won’t be vaccinated until 2024,” he said in an interview with NBC News

However despite pushback from Berlin the idea is not without European allies. On Thursday, French president Emmanuel Macron said: “I completely favour this opening up of the intellectual property”.

But, like many pharmaceutical companies, Mr Macron insisted that a waiver would not solve the problem of access to vaccines.

He said manufacturers in places like Africa are not now equipped to make Covid-19 vaccines, so donations of immunisations from wealthier countries should be given priority instead.

Pfizer, Moderna, Johnson & Johnson and AstraZeneca – all companies with licensed Covid-19 vaccines – had no immediate comment, though Moderna has long said it will not pursue rivals for patent infringement during the pandemic.

India, where calls first developed for a patent waiver along with others in South Africa, welcomed the move while Australian Prime Minister Scott Morrison called the US position “great news.”

Italian foreign minister Luigi Di Maio wrote on Facebook that the US announcement was “a very important signal” and that the world needs “free access” to patents for the vaccines, but Italian Premier Mario Draghi was more circumspect.

Russian president Vladimir Putin said his country would support it while UN Secretary-General Antonio Guterres welcomed the US decision too.

However, a Geneva based trade official cited by the PA news agency said Australia, Britain, Canada, the European Union, Japan, Norway, Singapore and the United States opposed the waiver idea at a WTO meeting in recent months.

The pharmaceutical industry has argued that a waiver will do more harm than good in the long run and cut into their profits, while insisting that a faster solution would be for rich countries to share their vaccine stockpiles with poorer ones.

“A waiver is the simple but the wrong answer to what is a complex problem,” said the International Federation of Pharmaceutical Manufacturers and Associations.

“Waiving patents of Covid-19 vaccines will not increase production nor provide practical solutions needed to battle this global health crisis.”