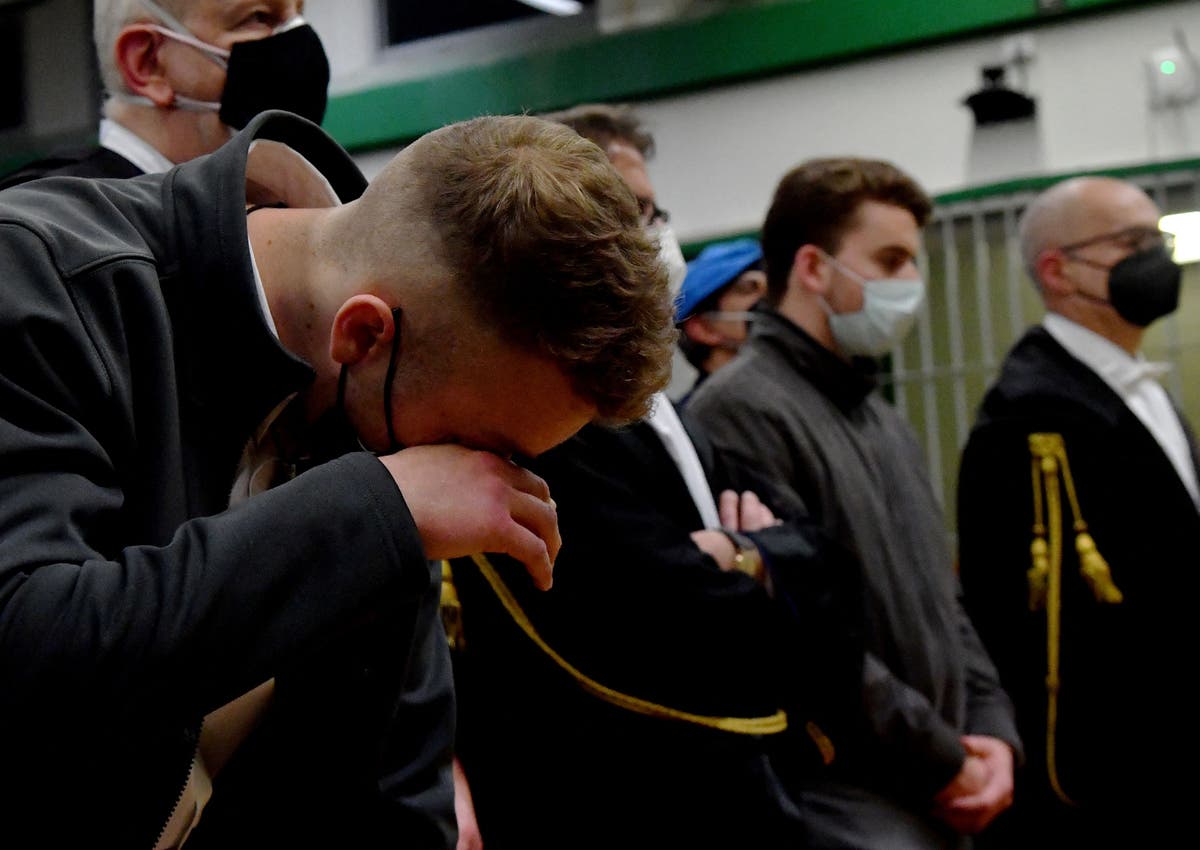 Two Americans found guilty of murdering a police officer during a summer vacation in Rome were sentenced to life in an Italian prison.

After a trial that lasted more than a year and captured the attention of Italy, the jury deliberated for 12 hours before delivering its verdict against Finnegan Lee Elder, 21, and Gabriel Natale-Hjorth, 20, on Wednesday.

The school friends from California who murdered officer Mario Cerciello Raga in a drug deal gone bad were found guilty on all counts of homicide, attempted extortion, assault, resisting a public official and carrying an attack-style knife without just cause.

As the two men were lead from the courtroom, Mr Elder’s father called out “Finnegan, I love you”. The widow of the murdered officer held a photo while sobbing before hugging family as the verdict was delivered.

Under Italian law, an accomplice can also be charged with murder, and prosecutor Maria Sabina Calabretta sought life imprisonment for both defendants.

While awaiting the verdict, Mr Elder told one of his lawyers “I’m stressed” before kissing the crucifix hanging around his neck. He was joined in the court by his parents, while Mr Natale-Hjorth, was joined by his Italian uncle.

During the trial, the court heard that Mr Natale-Hjorth was visiting his Italian grandparents near Rome while Mr Elder was travelling through Europe. The former San Francisco school friends had met up in Rome for sightseeing and some nights out.

The pair told the court they thought Mr Cerciello Rega and his partner, who were not wearing uniforms, were mobsters attempting to assault them. Mr Elder said he feared for his life and acted in self-defence.

Earlier in the night, the then-teenagers tried to buy cocaine in the city’s Trastevere nightlife district, the court heard. But when they received an aspirin-like tablet instead, they grabbed their contact’s backpack and attempted to use it to exchange for money lost in the cocaine deal.

Prosecutors said Mr Elder repeatedly stabbed Mr Cerciello Rega with a seven-inch military-style knife, and then the two returned to their hotel where Mr Natale-Hjorth hid the knife behind a ceiling panel.

The two Americans said the police never showed their badges, while Mr Cerciello Rega’s partner, Andrea Varrial, testified that they identified themselves as Carabinieri.