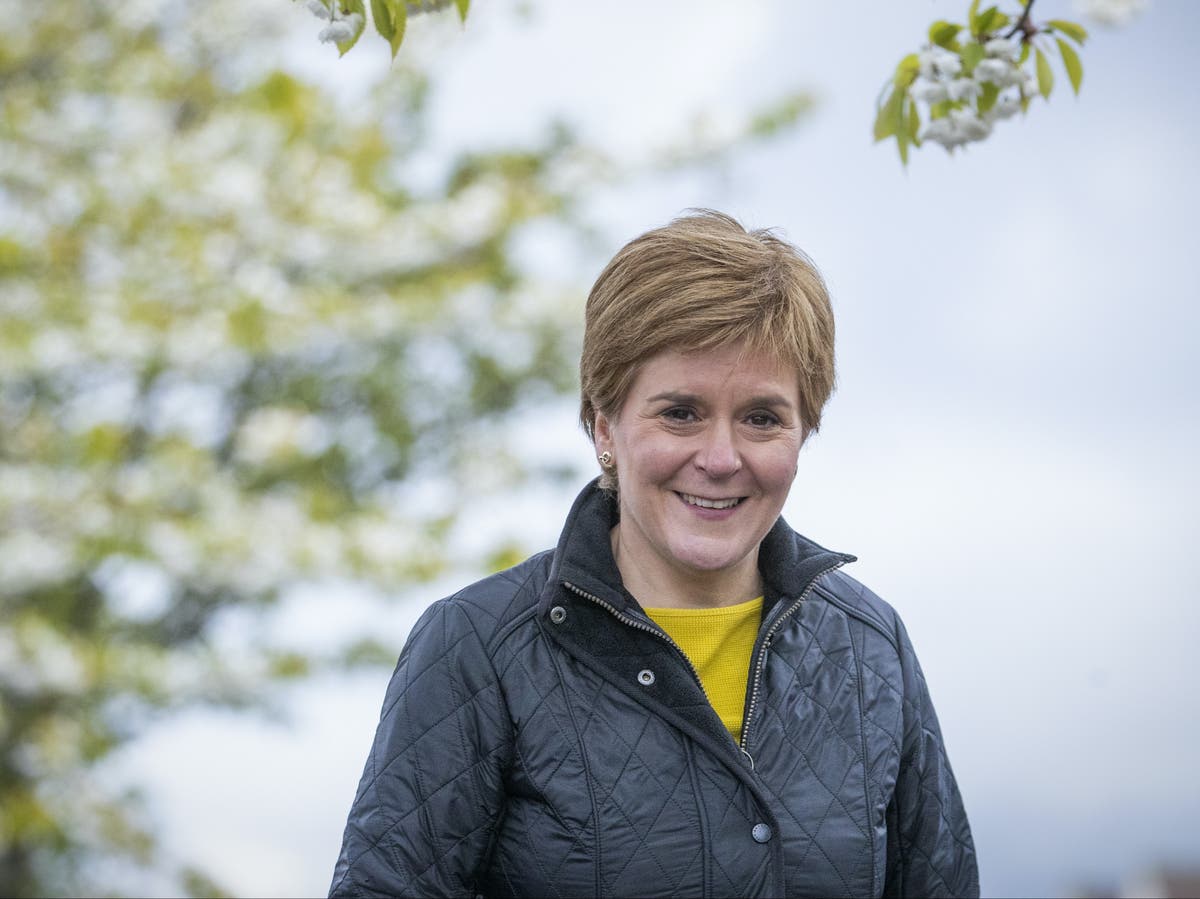 Scottish independence: What is the SNP’s post-election plan?

Voters are now counting down the hours until Thursday’s crucial Holyrood election, which could determine whether there will be another Scottish independence referendum.

The stakes could not be higher. SNP leader Nicola Sturgeon wants to secure a mandate for a referendum – promising to hold a “legal” vote by the end of 2023 if there is a majority of pro-indy MSPs at Holyrood.

But if the SNP remains only the largest party, and fails to land a majority on its own, it could allow Boris Johnson and the union-backing parties to argue that not enough has changed to merit indyref2.

Ms Sturgeon has sounded increasingly cautious over recent days. The SNP chief has claimed she will not demand indyref2 immediately after the results. She has also insisted she would never stage a “wildcat” vote without consent from the UK government.

But if the SNP emerges triumphant and there’s a “super majority” for separation, can she really hold off for long? Following our “ask me anything” event on the Scottish election, The Independent took a closer look at readers’ most pressing questions on the drama ahead.

UK Covid-19 vaccinations: Latest figuresWho are the candidates standing for mayor of London this year?Could an independent Scotland re-join the EU by 2031?

Ms Sturgeon’s first move in the chess game will probably be to demand the UK government grants a section 30 order (a provision in 1998 Scotland Act) to stage another referendum.

If Boris Johnson refuses, there is a potential plan B: pass a referendum bill in the Scottish parliament. This could force a legal challenge from the UK government, with the matter then likely to end up in the Supreme Court.

However, Ms Sturgeon may want to take her time with these moves. The SNP boss has claimed in recent days that she wouldn’t demand a section 30 order immediately after the election – saying it was not necessary “right at this moment”. There is nothing in the SNP’s “first 100 days” document about a referendum.

But if the SNP wins a clear majority, it’s unlikely she would hold off for very long. Even if she doesn’t submit a formal request for a while, the SNP’s rhetorical demands for a referendum are bound to start immediately – forcing Mr Johnson to decide what he wants to do.

Some senior figures in the Tory government are thought to be considering the advantages of getting indyref2 over and done with in the short term. “The time to do it would be in the middle of economic chaos, not when it’s all looking rosy,” one minister recently told The Sunday Times.

“My understanding of what’s going on behind the scenes in the government is that there are now influential voices saying, ‘You cannot keep refusing,’” Andy Maciver, the Scottish Tories’ former media chief, told The Independent.

“If it all comes down to one person in influencing Boris Johnson, it’s probably Michael Gove. From what I hear, Gove has become a bit more closed to the idea of a referendum recently. But he may think more clearly about it once the [Scottish] election is done.”

It would still be an incredible gamble for Mr Johnson. He would not want to risk being the prime minister who “lost” Scotland. And he doesn’t tend to make big decisions until he absolutely has to.

Could Sturgeon stage a ‘wildcat’ referendum if No 10 won’t budge?

Ms Sturgeon insisted on Tuesday night’s BBC debate she would not stage a “wildcat” vote. “I would not countenance an illegal referendum – not least because it would not deliver independence,” she said.

But some SNP politicians have struggled to stay on message. SNP MP Richard Thomson last month claimed that Ms Sturgeon’s government would “simply go ahead with a referendum” if Downing Street refused to agree to one.

The MP argued that the powers of the Scotland Act of 1998 would allow a “consultative” referendum to take place. Ultimately, it may for the Supreme Court to decide whether the Scottish government can stage a referendum if a section 30 order is not granted.

The key point about staging a “legal” referendum is the SNP’s desire for Scotland to join the EU. Ms Sturgeon knows the EU would not look kindly on an application for membership if independence had not been achieved through a process agreed with the UK government.

Could an independent Scotland re-join the EU?

Yes, it could. But most experts agree it would take time. The Institute for Government claims the route back to Brussels could take up to 10 years. Other constitutional experts have suggested a similar timeframe.

Anthony Salamone, who runs the analysis firm European Merchants, thinks it would could take two to three years for a divorce deal with the UK after a successful independence referendum in 2023 – if all were to go according to Ms Sturgeon’s rough plan of action.

It would then take four to five years for the EU to accept an application from Scotland, Salamone thinks. “There’s no point pretending it would be really fast, or pretending that it would be impossible,” said the EU analyst.

Swedish MEP Erik Bergkvist thinks EU institutions would be receptive to an independent Scotland becoming a member – so long as it can agree on a “by the book” independence process with the UK. “We know a lot about Scotland. It has a good track record. So I see no problems for Scotland [in joining],” the MEP said.

The deficit – can Scotland ‘afford’ to become independent?

Yes. No-one can say for sure what the budget deficit or debt would be on day one of independence – it would depend on a divorce deal agreed with the UK. The Institute for Fiscal Studies (IFS) predicted last week that an independent Scotland would start life with a budget deficit “substantially higher than the rest of the UK”.

But a substantial deficit needn’t be an overwhelming problem. The main difficulty it poses is in trying to join the EU. New EU members are expected to work towards cutting budget deficits to 3 per cent or less. There is some flexibility, however. New members can agree transition periods.

In the words of IFS director David Phillips, the deficit “doesn’t mean Scotland can’t afford to be independent. Scotland’s a relatively rich country”.

What’s the SNP plan for the pound?

Ms Sturgeon and her team have yet to set out a plan for a future currency at this stage. In fact, there is no clear roadmap yet for leaving the UK and re-joining the EU.

The SNP has said it wants to join the EU’s single market and customs union, but the party’s leader recently told the BBC’s Andrew Marr she would only set out an economic plan in detail at the time of a second referendum.

The currency question – which caused the Yes campaign big problems during the 2014 referendum – still seems to freak out Scottish voters. One 2020 YouGov poll found that most Scots want to keep using the pound, with only 18 per cent in favour of switching to the euro.

Yet the EU institutions remain very keen on prospective members signing up for the euro, and would be unlikely to budge during negotiations. So an awful lot of persuasion will be required to soften Scots up on the idea.

0 0 0 0
Previous : The world is hot enough: MI6 has started spying on climate polluters
Next : Woman, 39, eaten alive by bear in Colorado is identified as partner pays tribute