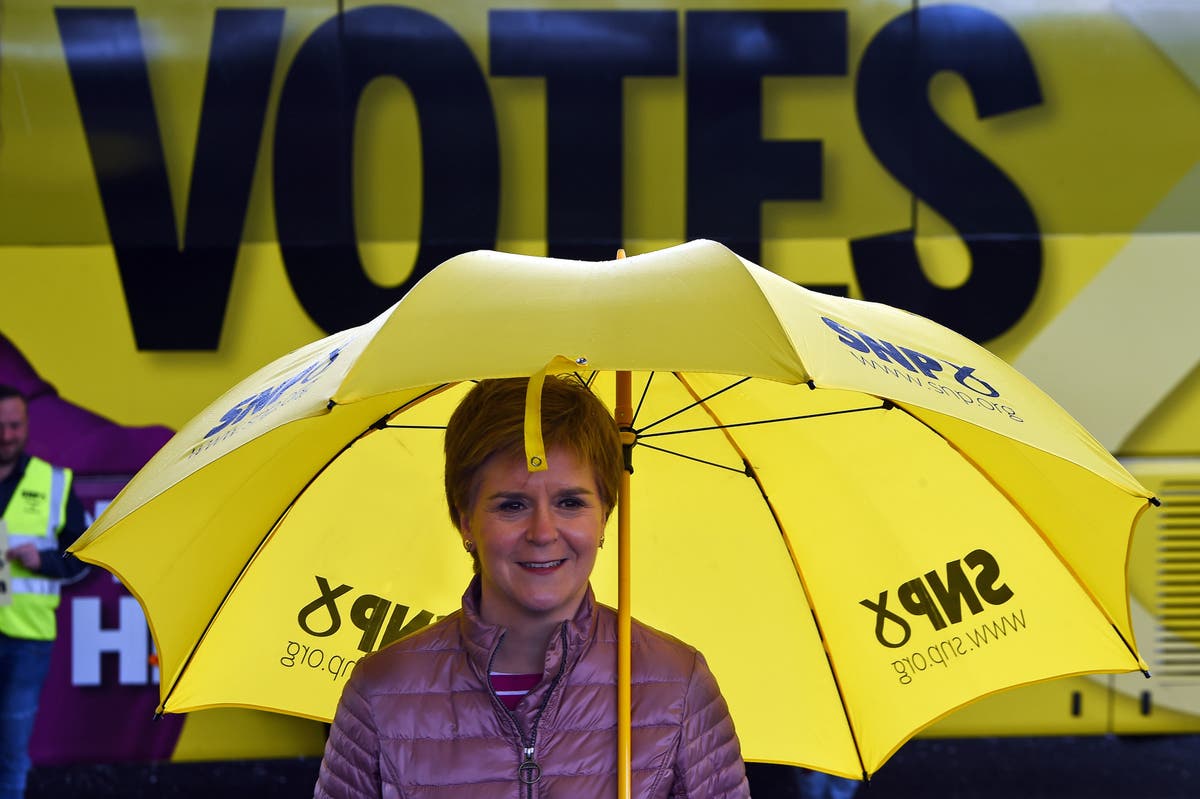 Future of UK at stake as millions go to the polls

The future of the United Kingdom hangs in the balance as Britain goes to the ballot box on Thursday, with a late surge in the polls fuelling Nicola Sturgeon’s hopes of an overall majority in the Scottish parliament – an outcome that she would regard as a mandate for a second independence referendum.

The final poll to be released ahead of the “Super Thursday” elections suggested that the Scottish National Party could take 68 of the 129 seats at Holyrood. That would be their highest tally since 2011, when the first SNP majority paved the way for a referendum three years later.

And the Ipsos Mori survey for STV News projected a strong performance for the Greens in the regional list section of the vote, delivering Patrick Harvie’s party as many as 11 seats to take the number of pro-independence MSPs close to “supermajority” territory at over 60 per cent of the total.

Boris Johnson branded an independence poll “reckless and irresponsible” at a time when the UK is emerging from the coronavirus pandemic.

But when asked whether he would permit a referendum if Scotland votes for pro-independence parties, the prime minister did not roll out his usual line that the 2014 No vote had settled the issue for a generation, instead telling broadcasters: “Let’s wait and see what actually happens. I think that most people in Scotland, most people around the whole of the UK, feel that this is not the time.”

Meanwhile, the Labour leader, Sir Keir Starmer, said he was ready to “carry the can” for his party’s performance in the elections, which polls suggest could see Mr Johnson claim a highly symbolic hat-trick of victories in the Hartlepool byelection and mayoralties of Tees Valley and West Midlands.

Labour has thrown everything it has at retaining Hartlepool – a town that has been red since the 1960s – and ousting mayors Ben Houchen and Andy Street in contests which Starmer hopes will begin the process of winning back the “red wall” lost to the Tories in 2019.

But recent polling has put the Conservatives as much as 17 points ahead in Hartlepool, and projected comfortable triumphs for Houchen and Street, while there was speculation that Labour could even lose control of council strongholds such as Sunderland and Durham.

And in eve-of-polling campaigning, Sir Keir appeared to be preparing the ground for a disappointing night, warning that it would take more than a year to “climb the mountain” back from his party’s worst general election defeat since 1935.

He signalled that he would resist pressure from the left for a change in direction in response to a poor result, telling broadcasters during a visit to Pontefract: “I am very clear that the strategy is to get from where we were in 2019 to winning the next general election. We’re making progress; that is good – but I never thought it was going to happen in a year. We’ve got further work to do whatever the results tomorrow.”

Johnson too was doing his best to dampen down expectations while campaigning in Stourbridge, declaring it “a very tough set of elections” in which many of the 143 English councils up for grabs were last contested at a high point for the Tories in 2017.

In a message to voters, Ms Sturgeon stressed her experience rather than the prospect of an independence poll, which she has said she will not attempt to stage while Scotland is grappling with Covid-19.

“More than ever, Scotland needs experienced leadership and serious government – and I am ready to get back to work,” she said.

By voting SNP on both constituency and regional lists in Scotland’s proportional system, “you can help re-elect me to get on with the job of leading us out of the pandemic and into a brighter future”, she said.

But the Ipsos Mori poll suggested that, while taking 50 per cent of constituency votes, the SNP would shed support in the regional section, which favours smaller parties, with IndyRef2 supporters flocking to the Greens rather than Alex Salmond’s newly formed Alba Party, which was not slated to win a single seat.

In a video message to supporters, Mr Salmond warned that a regional list vote for the SNP would be a “back door” for unionist parties to scoop seats, denying Alba “a bridgehead in the Scots parliament to develop some urgency into the independence case”.

A poll by Survation also projected an overall SNP majority at Holyrood, with 66 MSPs, while Savanta Comres had Ms Sturgeon’s party on just 59 – two down on their current 61 and few enough to stop the momentum towards a referendum in its tracks.

All the polls had Douglas Ross’s Scottish Conservatives holding on to second place in the Edinburgh parliament ahead of Labour under Anas Sarwar, who admitted it was “a mountain too high” to hope to become first minister less than 10 weeks after taking the party helm.

Elections expert John Curtice said the SNP majority could come down to nine battleground constituencies where Ms Sturgeon’s party is challenging a Tory or Labour lead of five points or less.

An overall majority would immediately put Ms Sturgeon’s government on a collision course with Westminster, with section 30 of the Scotland Act requiring the first minister to request permission from the prime minister for a vote to separate from the UK.

But polls continued to suggest that any independence vote would be a close-run affair, with the two sides evenly split in the Ipsos Mori survey, and Yes lagging on as little as 46 per cent, according to Savanta ComRes.

As well as the Scottish parliament and English councils, voters are electing 13 English mayors, 39 police and crime commissioners, and members of the London Assembly and Welsh Senedd. So-called “Super Thursday” will see the largest electoral exercise outside a general election for many years, after dozens of polls – including for London mayor – were held over from 2020 because of the pandemic.

Savanta ComRes polling found that Welsh Labour were likely to be the largest party at the Cardiff Bay assembly, but could fall short of a majority.