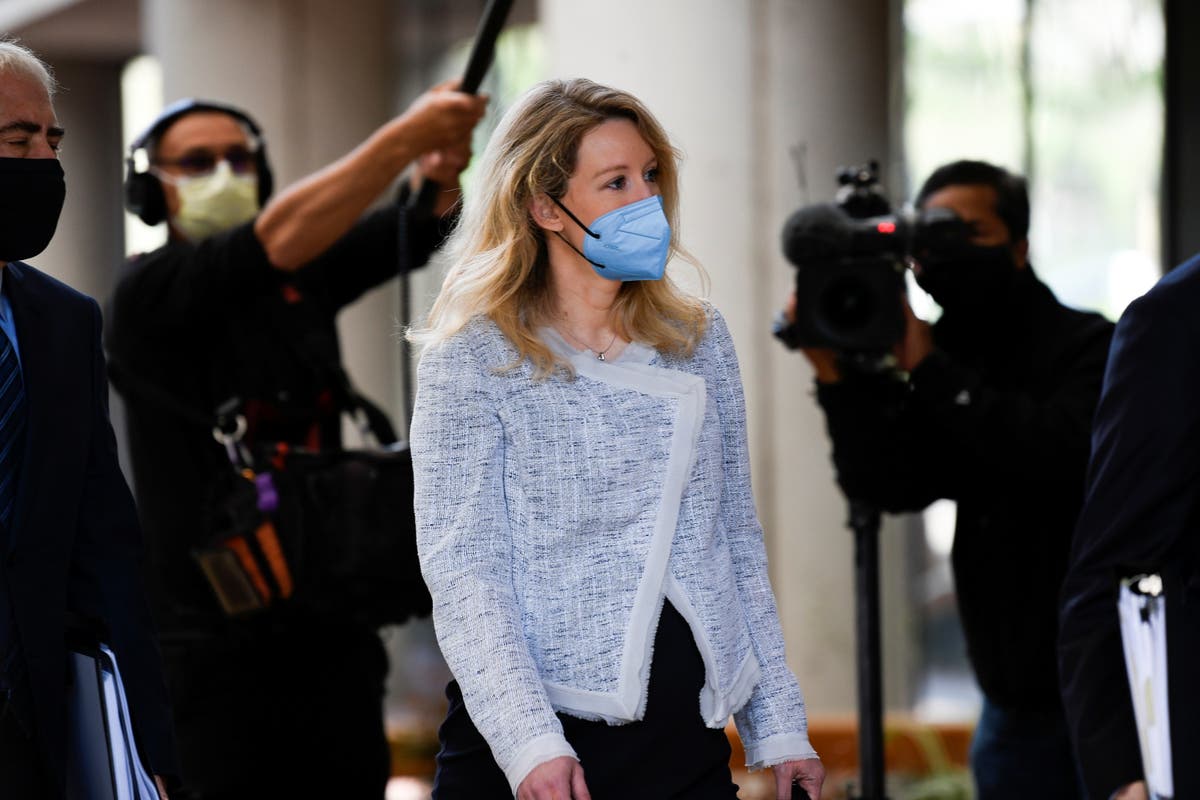 A pregnant Elizabeth Holmes appeared in court for the first time in more than a year as part of the pre-trial proceedings regarding her indictment for fraud.

Ms Holmes and Ramesh “Sunny” Balwani are facing charges relating to their roles in the Theranos scandal — a multi-million-dollar scheme to defraud investors, and a separate scheme to defraud doctors and patients.

They face two counts of conspiracy to commit wire fraud and nine counts of wire fraud for their efforts to promote Theranos, a company founded by Ms Holmes in Palo Alto, California, that they claimed would revolutionise laboratory testing.

In March, Ms Holmes’ trial was postponed by six weeks due to her surprise pregnancy announcement. Prosecutors were said to be blindsided and frustrated by the news.

She is due to give birth in July, and her trial will now begin on 31 August.

The pair claimed that the company had an alleged innovative technique for drawing blood, testing blood, and interpreting patient data.

The US Attorney’s office for the northern district of California says that they used advertisements and solicitations to encourage and induce doctors and patients to use Theranos’s blood testing laboratory services, even though, according to the government, the defendants knew Theranos was not capable of consistently producing accurate and reliable results for certain blood tests.

It is further alleged that the tests performed on Theranos technology were likely to contain inaccurate and unreliable results.

Both Ms Holmes and Mr Balwani have pleaded not guilty.

If convicted they face maximum sentences of 20 years in prison and a fine of $250,000, plus restitution for each count of wire fraud.

Before its unraveling, Theranos had been valued at $9bn and made Ms Holmes, a Stanford University dropout who founded the company in 2003 at age 19, a Silicon Valley star.

0 0 0 0
Previous : Biden says no decision yet on vaccine patent waiver – despite campaign pledge to ‘absolutely’ support it
Next : Plank Of The Week with Mike Graham | 4-May-21