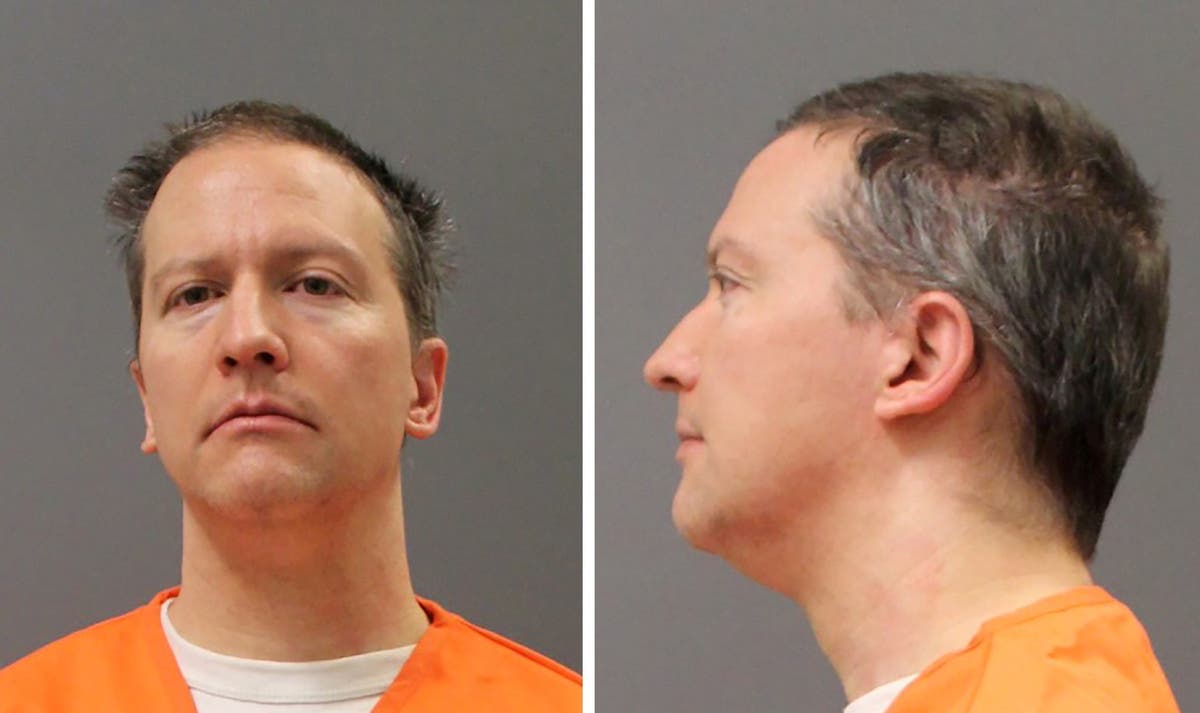 Derek Chauvin, the white former Minneapolis police officer found guilty last month of murdering George Floyd, an unarmed Black man, has asked for a new trial, citing what his lawyers call “pervasive” misconduct in how the state prosecuted its case.

On 20 April, Chauvin’s widely watched trial came to an end and he was found guilty of multiple charges of murder as well as manslaughter, after being caught on video kneeling on Mr Floyd’s neck for more than nine minutes during an arrest for a counterfeit $20 bill last May.

On Tuesday, Chauvin’s attorneys filed a request for a new trial before the Hennepin County Court in Minnesota, arguing there were a host of problems with the historic case the first time around.

They suggested the trial should’ve been moved outside of Minneapolis, where Mr Floyd’s death caused months of massive protests and attracted a storm of media attention. The effect of all the publicity, Chauvin’s attorneys argued, had both had a “far-reach chilling effect” on the ability to secure expert witnesses, and kept the jury from deliberating fairly out of “intimidation.”

They identified other perceived problems as well: the court providing what they felt were inaccurate jury instructions; the state overloading the witness stand with an improperly “cumulative” number of expert speakers; judge Peter Cahill declining to sequester the jury; and the court deciding not to compel testimony from Morries Hall, a friend of George Floyd’s who was in the car with him the day of the fatal arrest. (Mr Hall declined to testify, claiming the 5th Amendment privilege against self-incrimination).

“The court has already rejected many of these arguments and the State will vigorously oppose them,” John Stiles, deputy chief of staff for the Minnesota attorney general’s office, which is prosecuting the case, told the Wall Street Journal.

Many of Chauvin’s arguments were raised during pre-trial motions, where judge Cahill found that moving the trial elsewhere or walling off the jury would not make a significant difference.

“I don’t think there’s any place in the state of Minnesota that has not been subjected to extreme amounts of publicity on this case,” he said in March.

Later, as the trial reached its concluding stages and police brutality protests consumed the city once again after the killing of Daunte Wright, Mr Cahill also expressed doubt about the value of sequestering the jury, which was briefed at the end of each day not to watch the news.

“I understand the argument from the defence that this now puts them even more ill at ease, but I think sequestering them would only aggravate that,” he said at the time.

The court did acknowledge some concerns about the trial, however. Just before jurors reached a verdict, judge Cahill delivered a withering speech condemning US congresswoman Maxine Waters for visiting Minneapolis and urging demonstrators to “get more active” and “get more confrontational” if there wasn’t a guilty verdict. He said that these comments were “disrespectful to the rule of law and to the judicial branch” and could mean that “on appeal that may result in this whole trial being overturned.”

0 0 0 0
Previous : Biden unveils target of 70% of Americans vaccinated by 4 July – what then for the remaining 30%?
Next : Scottish election: How the leaders did in their last debate