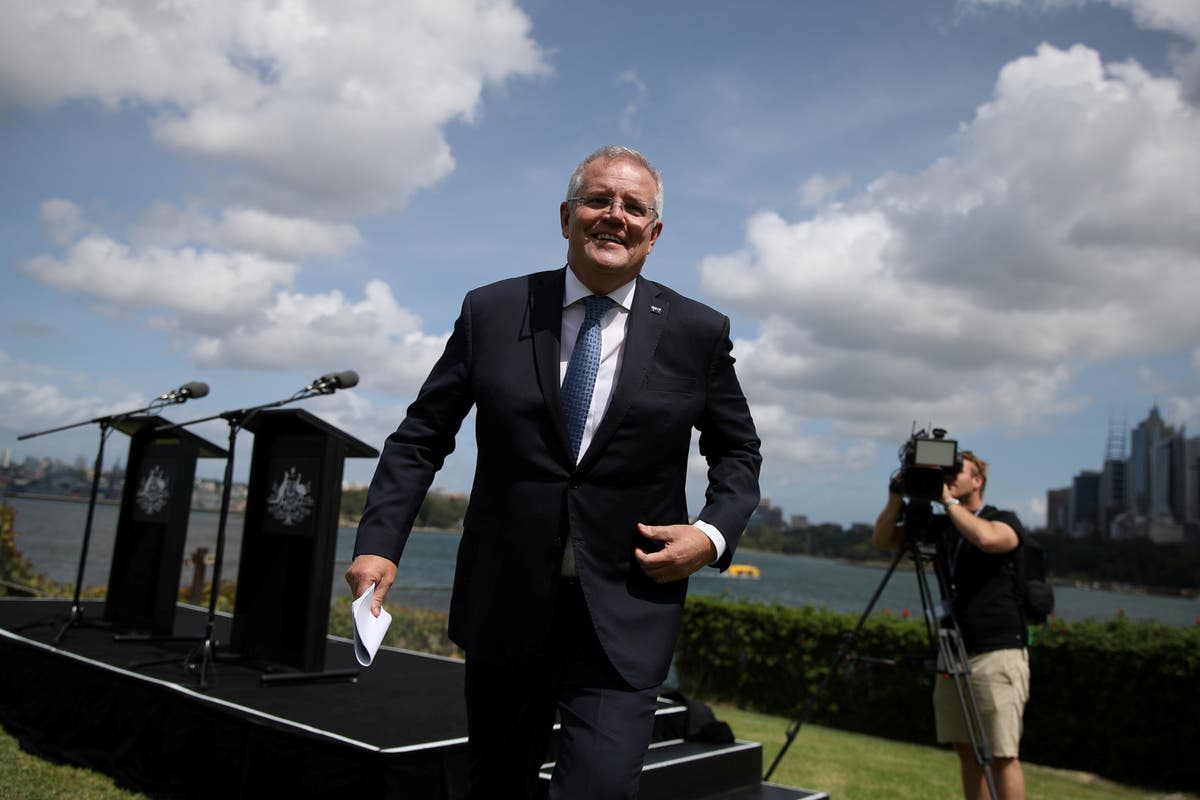 Scott Morrison has tried to fend off criticism of the Australian’s government’s decision to criminalise its citizens returning from Covid-ravaged India by saying it is important to protect the country from the third wave of coronavirus.

The Australian prime minister is under fire from within Coalition ranks for imposing the country’s harsh biosecurity laws on its citizens returning home from India that could result in jail term and a fine.

This is the first time Australian citizens have been banned from entering their home country.

Mr Morrison was accused of having “blood” on his hands in criticism from former test opener Michael Slater.

On Monday, Mr Morrison’s government imposed a temporary ban on its citizens returning home from India. The returnees could be prosecuted to $66,000 (£37,000) and five years’ jail, or both under the Biosecurity Act which is in place in the country from the past 14 months.

Speaking to Today, the prime minister said it is “highly unlikely” that anyone would be prosecuted under the Act as “no one has gone to jail” since the act was invoked.

“I think the likelihood of anything like that occurring is pretty much zero,” Mr Morrison said. “It’s highly unlikely … The sanctions are there, they exist, but they will be exercised proportionately and responsibly.”

Resisting calls from legal experts and human rights advocates to pull back the penalties, Mr Morrison said he is doing this to protect the borders and he is not “going to fail Australia.”

“I respectfully disagree with the critics on this one, but the buck stops here when it comes to these decisions and I am going to take decisions that I believe will protect Australia from a third wave, and help me to be able to reach out and bring more Australians safely home from places where they are in difficult situations.”

The government was called “extreme” and “heavy-handed” by opposition MPs while the Australian Medical Association president, Dr Omar Khorshid, urged the government to repatriate vulnerable citizens in India.

There are an estimated 9,000 Australians in India, 600 of whom are classed as vulnerable.

Mr Slater, 51, who was working in India as a commentator during the Indian Premier League (IPL), said if the government cared about its citizens and players they would allow them to return.

“How dare you treat us like this. How about you sort out the quarantine system. I had government permission to work on the IPL but I now have government neglect,” he said.

Mr Morrison dismissed the criticism and said the blame was “absurd.”

The decision will rattle Australian citizens stranded in India more so after the IPL match was suspended on Tuesday after a number of members of the series tested positive.

A total of 35 Australians, including 14 players, 11 coaches, and four commentators, umpires, and support staff were in India for the play that was taking place without spectators within the IPL bio bubble.

“The Indian Premier League Governing Council (IPL GC) and Board of Control for Cricket in India (BCCI) in an emergency meeting has unanimously decided to postpone IPL 2021 season, with immediate effect,” the official statement by the IPL said.

India has been reeling under a tremendous wave of infections since March and cases have nearly double since then, surpassing 20 million on Tuesday. It has recorded more than 300,000 cases each day for more than 10 days with experts predicting that the cases are yet to peak.

0 0 0 0
Previous : Pandora to stop using mined diamonds
Next : Asian woman attacked with a hammer for refusing to take off her mask on New York street