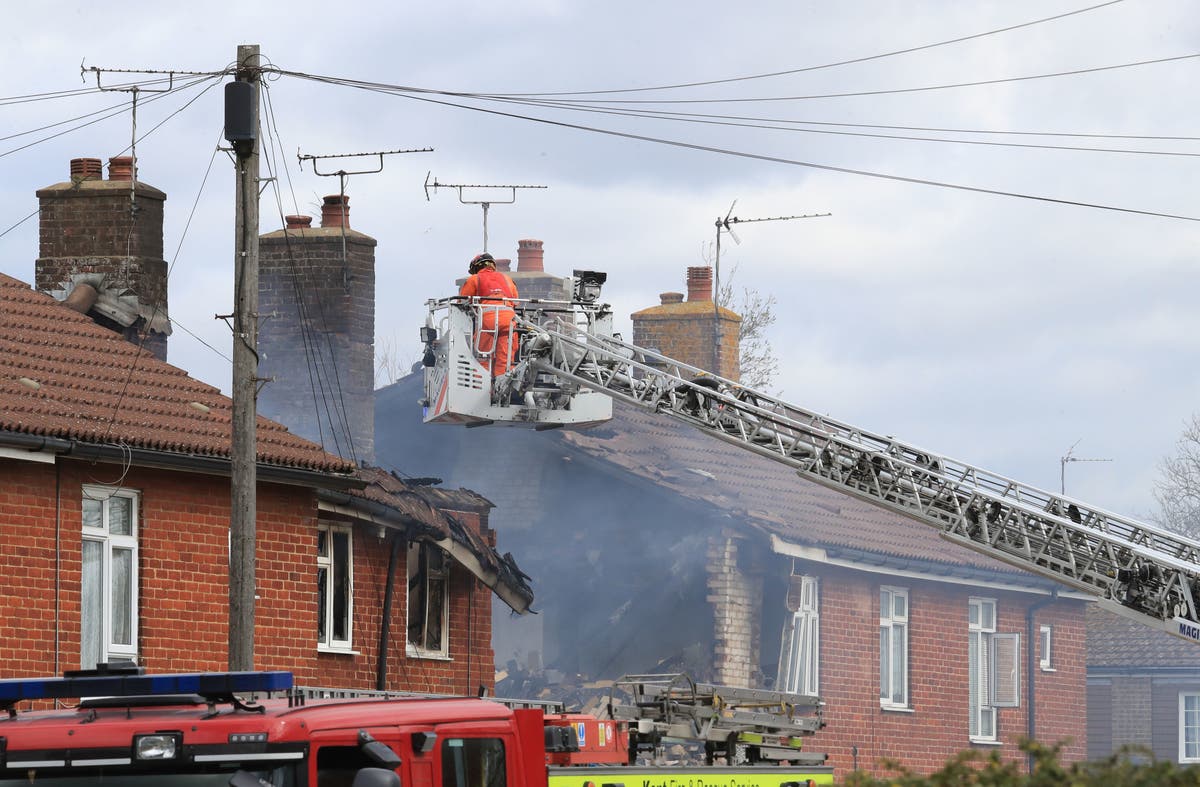 Police are attempting to establish whether anyone is missing following an explosion which ‘blew off’ the front of a house in Ashford, Kent.

Emergency services were called to the scene to help rescue those who were trapped inside the burning building, following the explosion.

Neighbours in Ashford said that the front of the house was “completely gone” following a “loud bang” which was heard just before 8am on Tuesday.

Firefighters were called to Mill View in Willesborough at 7:57am on Tuesday, with four fire engines arriving at the scene.

Members of the public are being asked to avoid the area, and those living locally have been advised to keep their windows shut.

A woman who lives near to where the explosion happened said she saw people “moving and getting up after ambulance treatment,” the Daily Mirror reported.

The South East Coast Ambulance Service (SECAmb) said that ambulance crews were in attendance along with a Hazardous Area Response Team.

A spokesman told The Independent there were “more than two casualties,” but did not confirm an exact number.

In a statement SECAmb said: “We are assessing patients at the scene and will issue further details when available.”

They added that the air ambulance service had also “sent two road vehicles to the scene.”

0 0 0 0
Previous : WE SHOULD ALL BE EMBARRASSED AND ASHAMED OF THE KNIFE CRIME IN LONDON ❌
Next : CIA mocked from all sides over new ‘woke’ recruitment video