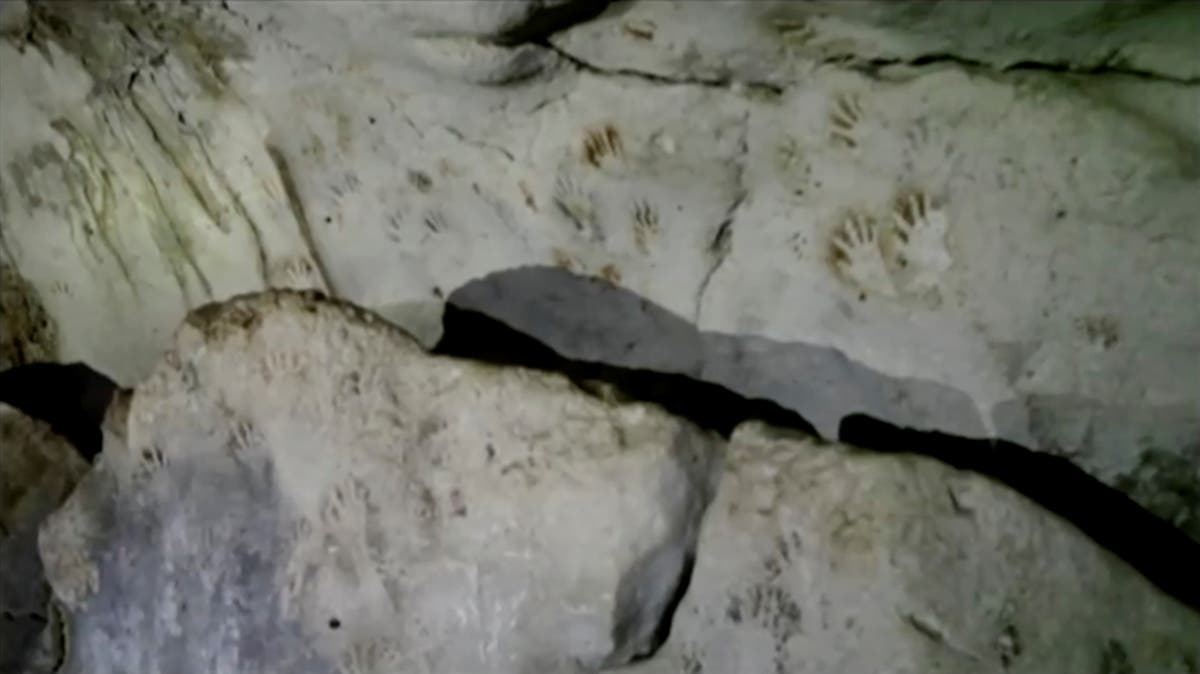 Over 100 handprints covering the walls of a cave in Mexico are associated with an ancient Mayan coming-of-age ritual, according to an archaeologist who has explored the site.

In total there are 137 red and black prints, thought to be over 1,200 years old and mostly made by the hands of children. Their age would date them to near the end of the ancient Maya’s classical zenith. During this time major cities across southern Mexico and Central America thrived with particularly notable achievements in maths and art.

The cavern can be found under a large ceiba tree, which the Maya considered sacred, some 33 feet (10 metres) below ground. It is located near the northern tip of Mexico’s Yucatan peninsula, where the towering pyramids of urban centres like Uxmal and Chichen Itza can still be seen.

“They imprinted their hands on the walls in black… which symbolized death, but that didn’t mean they were going to be killed, but rather death from a ritual perspective,” he explained.

He added: “Afterwards, these children imprinted their hands in red, which was a reference to war or life.”

As well as the handprints, a carved face and six painted relief sculptures were discovered in the cave. These date from between 800-1,000 AD, a period when severe drought struck the region which is thought to have contributed to the classical Maya’s sudden abandonment of their cities.

Although the first Mayan settlements date back almost 4,000 years, large centres of Mayan people could still be found in the early 1500s, when Spanish conquerors arrived in the country.

Indeed, to this day several million Maya continue to live in communities across southeastern Mexican states. These include areas such as Chiapas and Campeche, as well as in other Central American countries including Guatemala and Belize.

0 0 0 0
Previous : SpaceX launch – live: Starship SN15 prepares for lift-off, with road and airspace closures in place
Next : ALS sufferer posts video of Biden promising him he would share Covid vaccine as pressure grows for US to drop patents