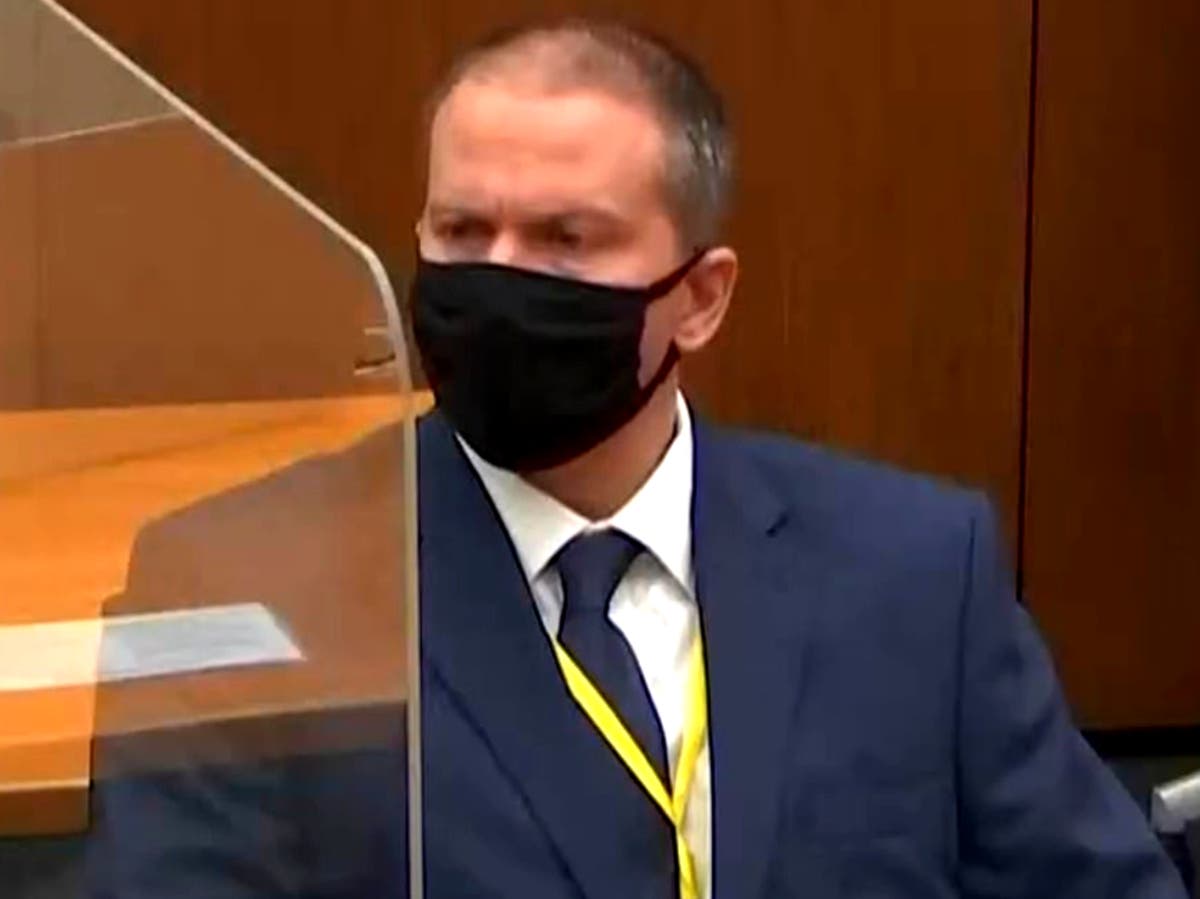 Who is Derek Chauvin’s ex-wife, who filed for divorce after George Floyd’s death?

Mrs Chauvin, 46, first separated from her husband on 28 May, 2020 – just three days after Mr Floyd died while in police custody on 25 May. Her then-husband, Mr Chauvin, missed the deadline to file an answer and counter-petition to challenge any of her proposals.

She then filed for divorce on 30 May, 2020 in Washington County District Court in Stillwater, Minnesota.

A Minnesota judge approved the request for the couple to divorce on 2 February, 2021 – months after the judge rejected their request to transfer most of their assets to Mrs Chauvin. The judge wrote at the time that the transfer of most assets to one party could be a “badge of fraud.”

Mr Chauvin has been charged with murder and manslaughter in the death of Mr Flaoyd, and he now faces potential jail time as the jury is set to render a verdict on whether he’s innocent or guilty of the crimes.

Who is Kellie Chauvin?

Born in Laos, Mrs Chauvin was just three years old when her family fled the country to Thailand in 1977 as refugees. After a few years living in a refugee camp, the family was able to migrate to American where they resided in Eau Claire, Wisconsin.

Mrs Chauvin experienced bullying as a child because she was less proficient in reading and writing English compared to her classmates.

“They say ‘land of the free,’ but I still didn’t feel like we were free,” Mrs Chauvin previously said in an interview with the Twin Cities Pioneer Press. “We didn’t know English. My parents didn’t want us leaving the house because they didn’t trust the world. You land into this brand-new world and you don’t know what to expect, and so we were always kept inside.”

Due to her background as a Hmong woman, Mrs Chauvin’s parents found her a husband before she turned 18 years old. The couple was married for 10 years and had two children together before she filed for divorce due to allegations of domestic abuse.

Following the divorce, Mrs Chauvin moved to Minnesota and earned her associate’s degree in radiology. She accepted an internship at Hennepin County Medical Center in Minneapolis in their emergency room, which later turned into a full-time position.

The hospital was where Mrs Chauvin met her ex-husband Derek, who spotted the woman while he was bringing in someone for a health check before an arrest. After Mr Chauvin took the suspect to jail, he returned to the hospital to ask Mrs Chauvin out on a date, according to Twin Cities Pioneer Press.

This was the same hospital where Mr Floyd was pronounced dead on 25 May, 2020.

“Under all that uniform, he’s just a softie,” Mrs Chauvin said in 2018. “He’s such a gentleman. He still opens the door for me, still puts my coat on for me. After my divorce, I had a list of must-haves if I were ever to be in a relationship, and he fit all of them.”

Mrs Chauvin sparked media attention after she competed and won the Mrs Minnesota beauty pageant in 2018, making her the first Hmong woman to hold the title.

The Chauvin couple’s marriage and divorce

The couple married in June 2010 and have no children together. They owned two properties together: a home in Oakdale, Minnesota; and a townhome in Windermere, Florida.

Mrs Chauvin cited “an irretrievable breakdown” in her marriage when filing for divorce just five days after Mr Floyd’s death in May 2020.

In a public statement released by her lawyers, Mrs Chauvin said “her utmost sympathy lies with [Mr Floyd’s] family.” She went on to “respectfully request that her children, her elder parents, and her extended family be given safety and privacy” amid the divorce proceedings.

Initially, the couple proposed that most of their assets be transferred to Mrs Chauvin amid the divorce. But Washington County District Judge Juanita Freeman rejected that proposal on the basis of potential fraud.

A proposed settlement filed in January 2021 would then award Mrs Chauvin the net profits of the couple’s home in Minnesota, which lost value due to vandalism, as well as the title of their Florida home, which was also vandalised.

The couple also planned to split all debt and money left in their bank account, which would leave Mrs Chauvin with about $704,000 while her ex-husband would receive about $420,000, the Minneapolis Star Tribune reported.

It was not publicly revealed the final settlement that was reached when the divorce was finalised in February 2021.