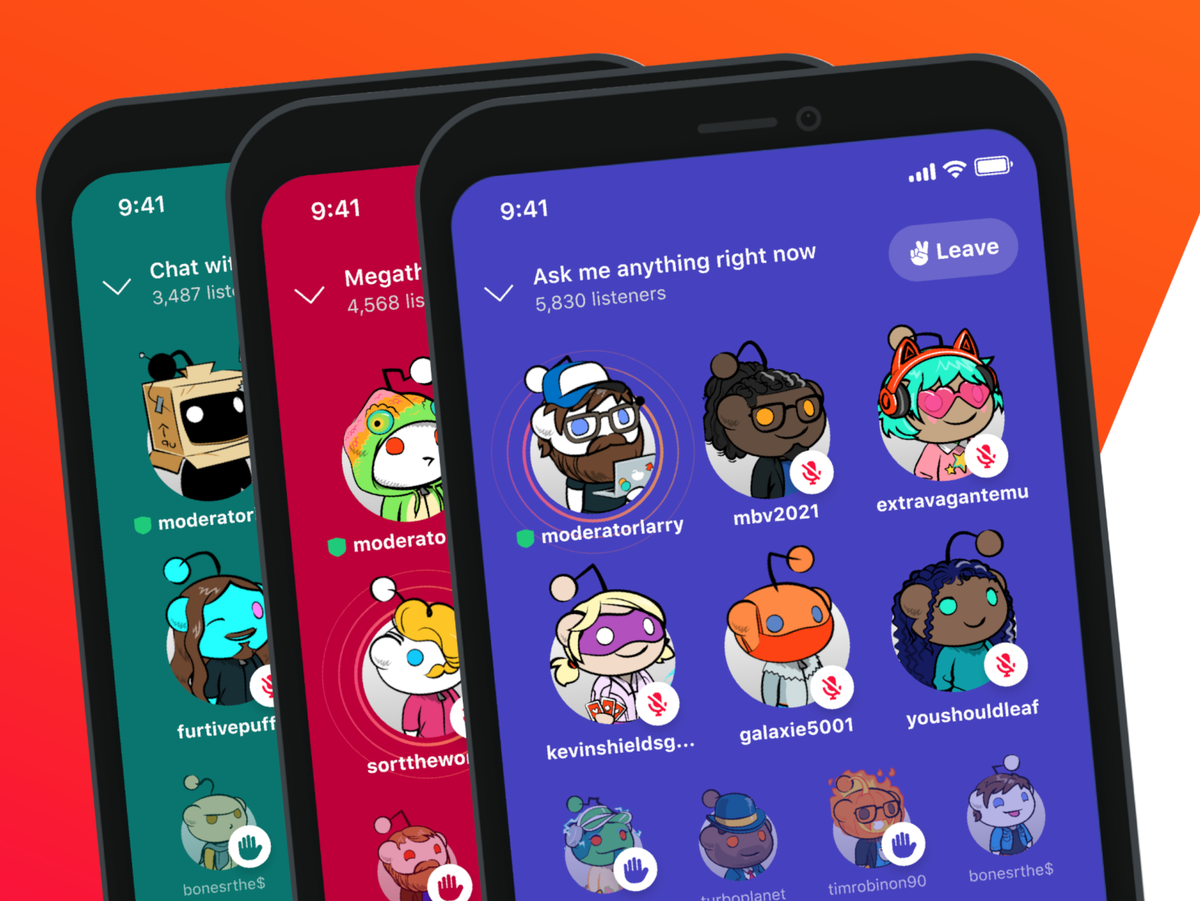 Reddit has officially unveiled a Clubhouse clone called Reddit Talk, where users can chat via voice in the social media app’s subreddits.

‘Talks’, as Reddit is calling them, can currently only be started by a community moderator. Once a talk is live, any reddit user can join the room to listen to the conversation and react using preset, Reddit-themed emojis that will change to each talk.

Listeners can also raise their hand to speak, once their request to do so has been accepted by the host. Hosts can also invite, mute, and remove speakers during a conversation – as well as permanently blocking users from rejoining if they are kicked.

The feature is rolling out to iOS and Android devices first, with a desktop mode to follow.

Reddit says that Talk can be used for “Q&As, AMAs, lectures, sports-radio-style discussions, community feedback sessions, or simply to give community members a place to hang out,” although says that it is exploring features to specifically support its AMA (“ask me anything”) format, as well as “other types of conversations”.

Live captioning for those with hearing difficulties is a feature that is coming, according to Peter Yang, Reddit’s product lead for creators. The company is also looking to introduce moderation tools for the new feature, a concern Reddit has had to deal with specifically on numerous occasions, but also one that has been levied at Clubhouse itself.

“Mod tooling will be a heavy focus for this feature. For example, we want to let mods review reports of talks and jump to the exact timestamp of the talk to review what was said and who said it. We are announcing early to work with you all to build these tools”,Yang said.

Reddit is not the only social media site attempting to copy Clubhouse. Facebook announced new audio tools this week to let people post audio, as well as “Live Audio Rooms’. Twitter, meanwhile, has launched Spaces, while Discord has its own Stages Channels.

“We believe that there is more to offer here by letting users have real-time live voice discussions with others in their communities — maybe talking about a sporting event while it’s on TV or listening to a casual chat or AMA with field experts”,Yang wrote.

“Yes, there are a few different platforms diving into live audio right now. Our hope is that by announcing this early with a community-first design, we will see engaging conversations hosted first by moderators, who we’ll be working with closely to ensure we’re creating a unique, supportive, and positive user experience.”