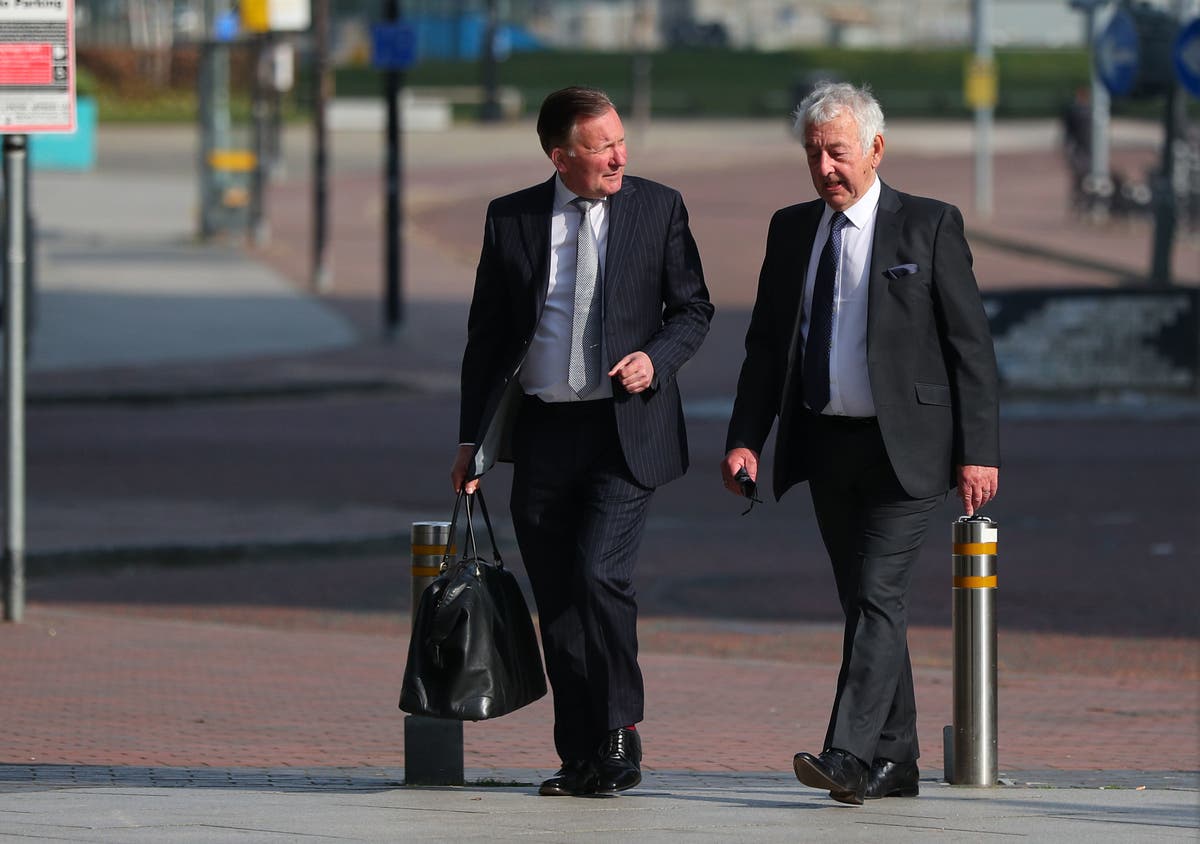 Two retired South Yorkshire Police officers and a former lawyer have been accused of altering accounts to minimise the blame on the force in the aftermath of the Hillsborough disaster.

Former chief superintendent Donald Denton, 83, retired detective chief inspector Alan Foster, 74, and Peter Metcalf, 71, a former solicitor for the force, are alleged to have perverted the course of justice following the tragedy at the FA Cup semi-final on 15 April 1989, in which 96 Liverpool fans died.

A trial at the temporary Nightingale court at the Lowry Theatre in Salford heard Mr Metcalf advised on what amendments should be made to statements about the day of the disaster, while Mr Denton and Mr Foster followed his advice and changed the accounts.

Sarah Whitehouse QC, prosecuting, told the court: “The allegation is that these three tried to minimise the blame that might be heaped upon the South Yorkshire Police at the many different forms of inquiry that followed that dreadful day.

“They did this by altering accounts given by police officers who were present on the day.

“They knew that those accounts were inevitably going to end up being sent to a number of inquiries that would follow the disaster.”

Jurors were told to “forget everything” they had heard before about the disaster and concentrate only on the evidence heard in court.

Ms Whitehouse told the court Mr Metcalf was a partner in solicitors’ firm Hammond Suddards, who were asked to act for Municipal Mutual Insurance, the insurers of the South Yorkshire Police, after the disaster.

He was also instructed to act for the police at an inquiry chaired by Lord Justice Taylor to look at safety at sports events following the tragedy and in any civil litigation.

West Midlands Police took charge of investigations after the disaster and asked for written accounts made by officers who were present on the day to be handed over to them, Ms Whitehouse said.

Before the accounts were handed over, Mr Metcalf reviewed them, suggested alterations and his instructions were carried out by Foster and Denton, the court heard.

Ms Whitehouse said: “A number of accounts were altered by them, or at their direction. The effect of the alterations was to mask the failings on the part of South Yorkshire Police in their planning and execution of the policing of the football match.”

The trial is expected to last up to 16 weeks.

0 0 0 0
Previous : New iMac: Apple reveals colourful new desktop computers with its own chips inside
Next : Who is Derek Chauvin’s ex-wife, who filed for divorce after George Floyd’s death?