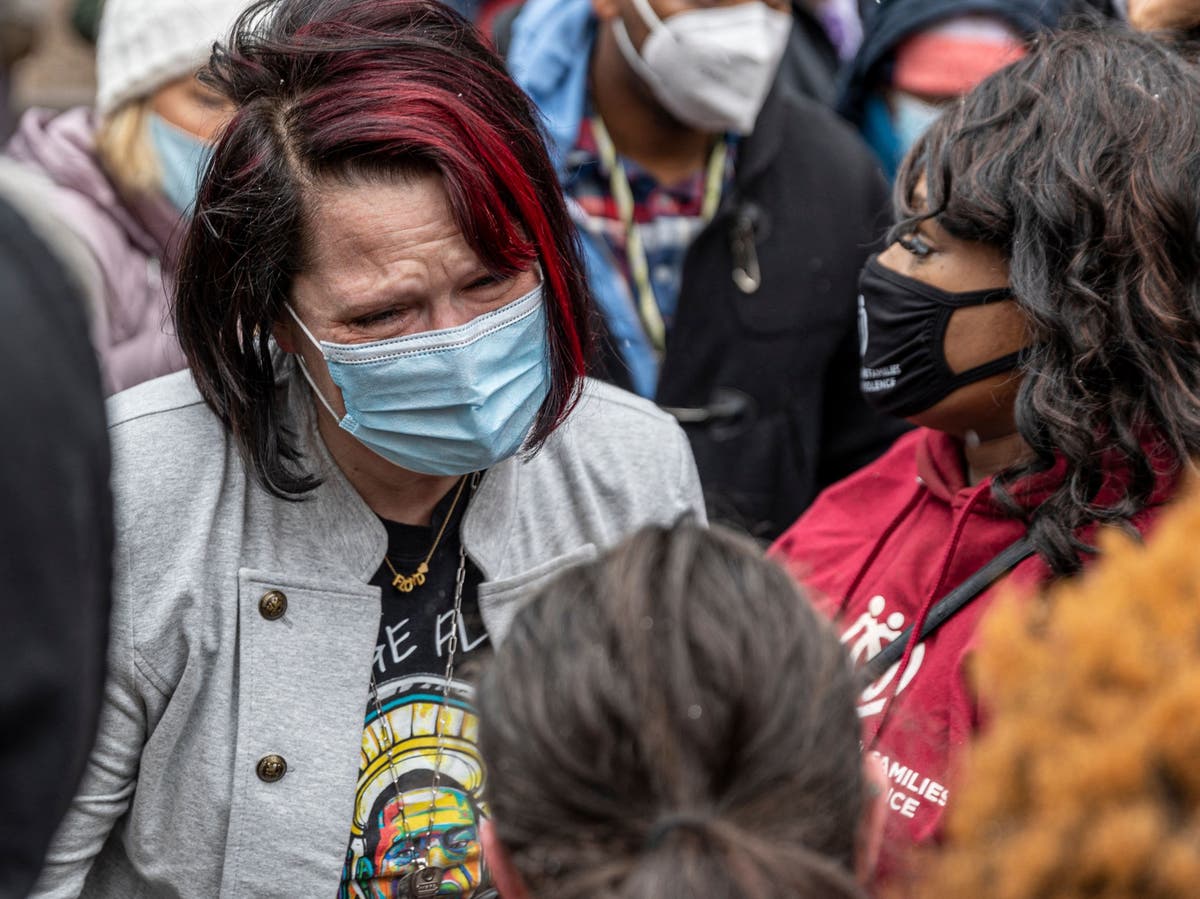 George Floyd’s girlfriend once taught Daunte Wright while he was in high school, the 20-year-old’s family and Mr Floyd’s partner have said.

CBS News reported that Mr Wright’s aunt, Naisha Wright, revealed the connection between the two families alongside their attorney, Ben Crump, on April 13.

Both Mr Floyd and Mr Wright died while being taken into the custody of police in the Minneapolis area, and ongoing tension in the city comes as the murder trial of Derek Chauvin, the ex-officer charged with killing Mr Floyd, continues.

“The craziest thing is to find out today that my family has connections to this man, to this family,” Ms Wright said. “His girlfriend was a teacher for my nephew. My nephew was a lovable young man. His smile, oh lord, the most beautiful smile. Ya’ll took that.”

Ms Ross reportedly said Mr Wright was a student while she was a dean at Edison High School and described him as “a silly boy, as goofy as can be”, who required extra attention because he “needed a lot of love”.

She said she discovered the connection to the 20-year-old after speaking at a memorial event for young men who had been killed by the police in St Paul.

Later that night, Ms Ross said that during a phone call with her sister, Daunte’s name was mentioned as the victim of the recent shooting, and she realised she knew him.

“No,” Ms Ross said, according to the newspaper. “Is he light-skinned? Really skinny? I said, no, no, I couldn’t believe it.”

“Students like Daunte needed more resources but they never got more resources,” Ms Ross said. “Our system doesn’t serve kids like Daunte. And now I’m seeing, more than ever, this system I once believed in, we’re done doing what we need to be doing to protect Black life.”

While Ms Ross said that she was not particularly close to the young man, she reportedly said he was a gregarious person well known throughout the community.

“I’m full of sorrow,” Ms Ross said. “We are constantly doing our disservice to our children. It’s so unfair.”

Minneapolis faced its third night of civil unrest on Tuesday following the fatal shooting of Mr Wright by a former police officer during a traffic stop.

Prosecutors are expected to decide today whether to charge the white former police officer, Kim Potter, over the death of Mr Wright, a Black man.

Both Ms Potter and Police Chief Tim Gannon resigned on Tuesday. Mr Gannon said he believed Potter mistakenly grabbed her pistol when she was trying to pull out her Taser.