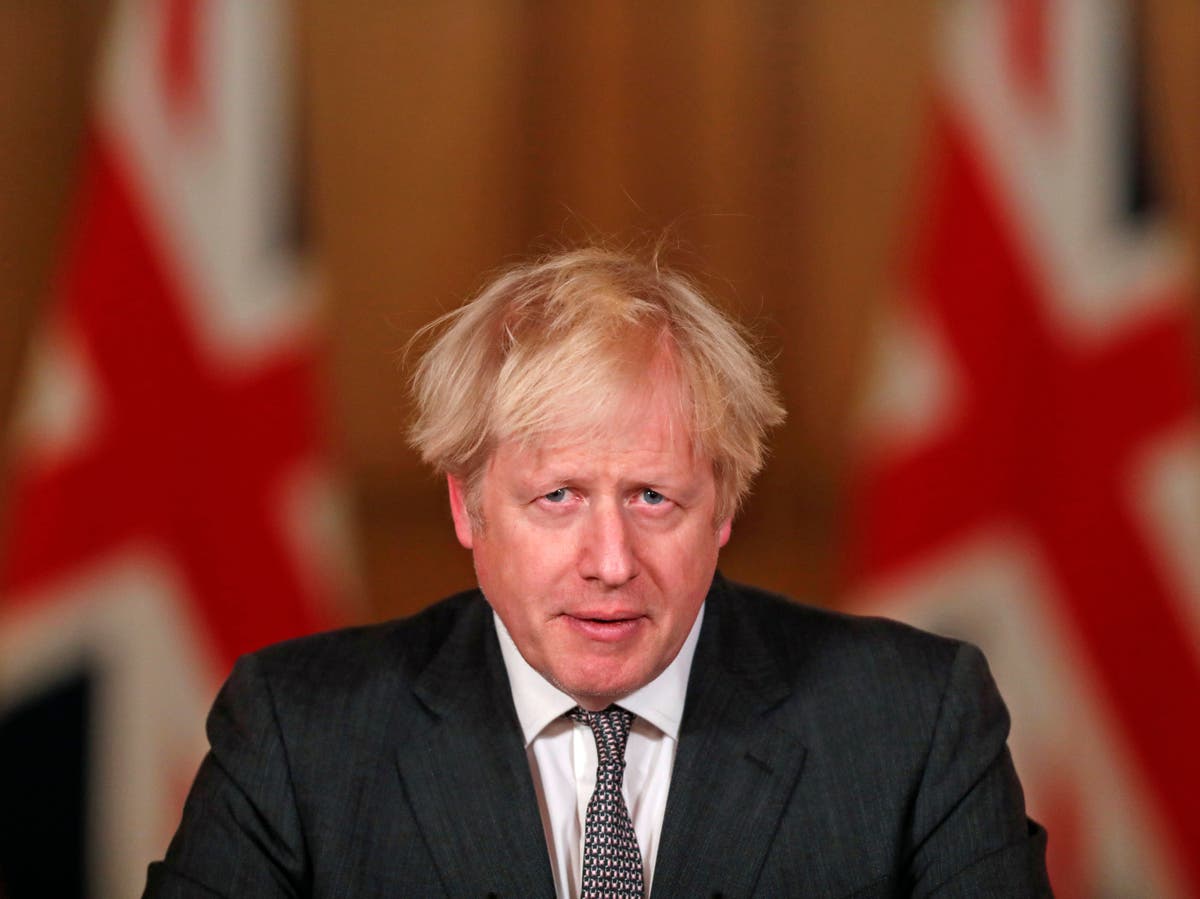 Boris Johnson has pledged to end trade barriers between Great Britain and Northern Ireland, claiming his government was “sandpapering” the protocol “into shape.”

However, the Irish premier Micheál Martin has said the suggestion that current Brexit arrangements are “tearing the UK apart” is an “overly dramatic” one.

It comes as Mr Johnson prepares to host a round table with representatives of football’s governing bodies on Tuesday, as he promised fans he will do everything possible to give the “ludicrous” European Super League a “straight red”.

Meanwhile, Lord Evans, the head of the committee on standards in public life, has urged the PM to give up the power to decide whether a minister had breached the code and hand responsibility to an independent adviser.

In an interview with BBC NI’s Spotlight programme, Irish premier Micheal Martin insisted the protocol was not tearing the UK apart.

The new trading arrangements have been cited as a factor by behind the recent upsurge of violence in loyalist areas in Northern Ireland – with the DUP attacking the protocol at every opportunity.

“The protocol is not tearing the United Kingdom apart, that’s just an overly dramatic presentation of it in our view,” said Taoiseach Martin.

Boris Johnson has vowed to take action on the Northern Ireland protocol if the EU refuses to ditch “absurd” aspects of the post-Brexit trading arrangements.

In an interview with BBC NI’s Spotlight programme, the PM said his government was currently working on “sandpapering” the protocol, which governs Irish Sea trade post-Brexit, to ease trade disruption.

The PM added: “What we’re doing is removing what I think of as the unnecessary protuberances and barriers that have grown up and we’re getting the barnacles off the thing and sandpapering it into shape.”

Johnson has repeatedly warned that he will trigger a mechanism to suspend the protocol if changes to the arrangements cannot be agreed.

Boris Johnson will host a round table on Tuesday with representatives of football’s governing bodies, after 12 of the wealthiest clubs in Europe announced highly controversial plans for a breakaway European Super League.

The meeting will include members of the Football Association (FA) as well as fans’ representatives.

Johnson promised fans he will do everything possible to give the “ludicrous” the league a “straight red”.

Writing in The Sun, the prime minister said he was “horrified” at the prospect of the Super League “being cooked up by a small number of clubs”.

0 0 0 0
Previous : Man who threw elderly woman off balcony avoids trial because of cannabis use
Next : The Pushback | Oracle Films | The Day the World Stood Together #DareToThink