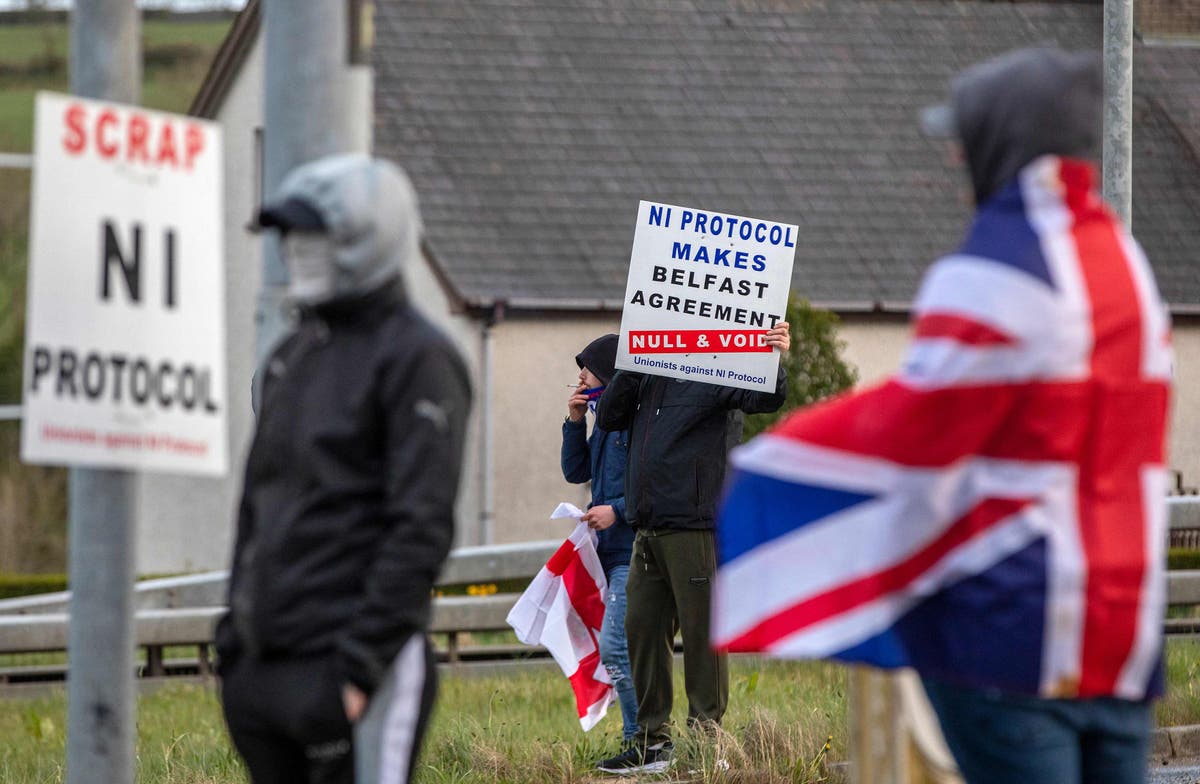 Boris Johnson has been accused of more “false promises” after again threatening to tear up the Northern Ireland Protocol he negotiated.

The prime minister branded the Irish Sea checks it involves “ludicrous”, vowing to invoke Article 16 to suspend the international treaty if the EU refuses to make changes.

And, in a programme to mark centenary of the foundation of Northern Ireland, he declared there would no referendum on Irish reunification for “a very, very long time to come”.

The comments – which come as the EU pursues a legal action against the UK for shelving some agreed checks – were attacked as further evidence of a refusal to face the truth about the agreement.

“Worth remembering that what Boris Johnson calls ludicrous is what he himself negotiated and ratified, the post-Brexit protocol isn’t a foreign construct,” tweeted Neale Richmond, the Fine Gael European affairs spokesman.

He urged the prime minister to be “open and honest” about the “realistic options available” and to accept the need for a “veterinary agreement” to smooth the flow of animal goods.

In Germany, its Europe Minister, Michael Roth, warned it was “crucial that all parts of the withdrawal agreement are fully implemented”.

Speaking to the BBC’sSpotlight programme, Mr Johnson said: “If we can’t make enough progress and if it looks as though the EU is going to be very, very dogmatic about it – and we continue to have absurd situations so you can’t bring in rose bushes with British soil into Northern Ireland, you can’t bring British sausages into Northern Ireland – then frankly I’m going to, we’ll have to take further steps.

“What we’re doing is removing what I think of as the unnecessary protuberances and barriers that have grown up and we’re getting the barnacles off the thing and sandpapering it into shape.”

He also used the word “ludicrous” and is believed to have acknowledged checks had been agreed – despite repeatedly denying that – but the full transcript of the interview has not yet been released.

Under the Good Friday Agreement, a border poll should be called “if at any time it appears likely to him that a majority of those voting would express a wish that Northern Ireland should cease to be part of the United Kingdom and form part of a united Ireland”.

In the programme, Micheál Martin, the Irish prime minister, also denounces an early poll as “explosive and divisive”.

* Spotlight: A Contested Centenary will be broadcast at 9pm on Tuesday on BBC One Northern Ireland.