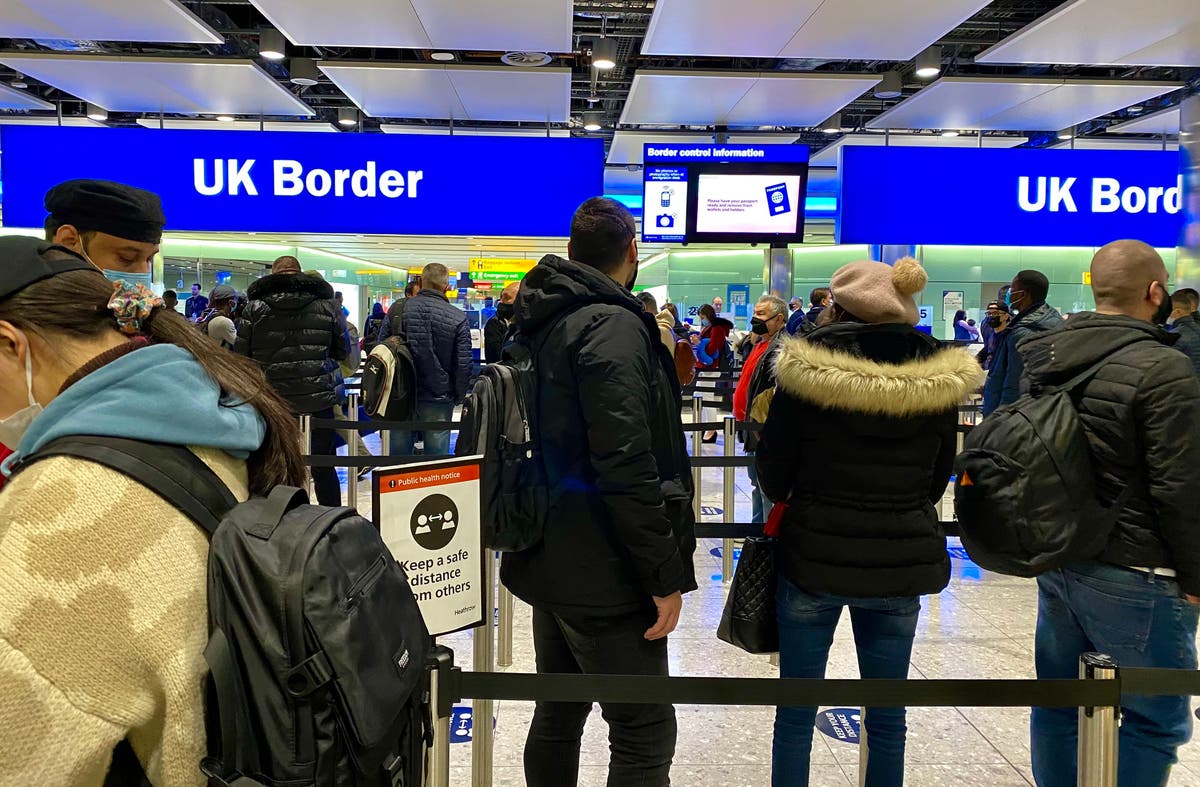 Over 100 people a day are trying to enter the UK using fake Covid-19 test certificates, MPs have been told.

Speaking at a parliamentary evidence session border staff warned it was “very easy” to forge the documents – which are currently required to enter the UK.

Lucy Moreton, an officer at the Immigration Services Union (ISU), which represents border immigration and customs staff, also warned that long queues at airports were a “breeding ground” for the virus.

Under UK rules everyone arriving at the border must show proof of a negative test. The rule applies equally to UK citizens and those who have been vaccinated.

But asked how border agents were able to verify proof of a negative test, Ms Moreton told MPs on the all-party parliamentary group for Coronavirus: “We’re not, is the simple answer, it’s predominately taken on trust.

“We do get 100 or more a day of fake Covid certificates, that we catch.”

Ms Moreton said the easiest way to catch the fake documents was “if there is a spelling error somewhere” but that the foreign language of the certificates made this hard.

She added that the documents are checked against a series of code numbers but “these things are very easy to knock up electronically unfortunately”.

“The whole thing is based on an assumption that people will do the right thing.”

The international police organisation Europol has previously sounded the alarm about the sale of fake Covid certificates, which apparently retail for as much as £100.

Speaking at the same evidence session, Gabriel Scally, visiting professor of public health at the University of Bristol and a member of the Independent Sage committee, raised concerns about the forthcoming holiday season.

The professor said holiday destinations could become “international mixing pots” after travel restrictions are relaxed. The government has said people could be allowed to go abroad as early as next month.

“There is no such thing as a half quarantine – you can’t do it by half you either do it properly, or don’t bother doing this at all, which of course has been the UK’s position for far, far too long.

“And I think this is a particular problem in a holiday season, as we’re heading into … which will be an international mixing pot, almost by definition.

“So, whether a country is green or red to me as a public health doctor, I’m not interested in that – I’m interested in managing the isolation of people arriving from abroad at this time.”