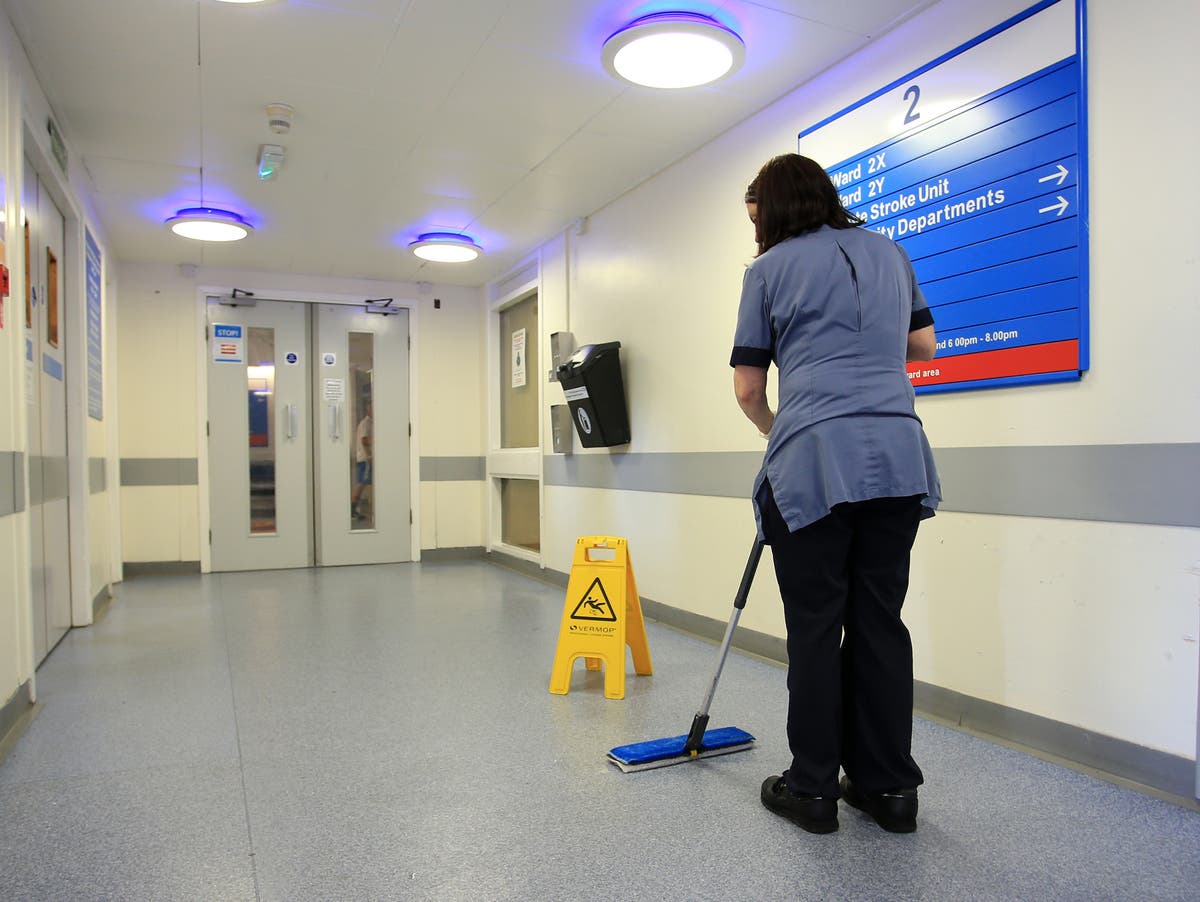 Raw sewage flooding wards, power failures, and rat infestations were just some of more than 1,200 critical incidents at NHS trusts in the past year caused by ageing equipment and crumbling infrastructure.

NHS leaders have said more investment is needed to reverse a backlog in buildings maintenance across the health service which has now reached an unprecedented £9 billion. The situation is getting worse, with the backlog costs rising by 60 per cent in four years.

In some hospitals the problems have become so severe they are affecting patient care leading to wards being closed, operations delayed and in some cases posing genuine risks to safety.

Across 80 NHS trusts there were 1,238 clinical service incidents last year where patient services were affected.

Hampshire Hospitals was forced to suspend some services because of an uncontrollable rat infestation while at East Cheshire NHS trust a power failure led to a back-up generator causing a fire triggering a second blackout. Patients had to be transferred to neighbouring hospitals and given blankets while others were given blankets to keep them warm.

In another incident at Great Western Hospitals Trust, a patient having a hip operation was left under anaesthetic “open and exposed” while staff struggled to find a vital part needed for the operation which was in a storeroom that couldn’t be opened.

Patients at Whittington Health NHS Trust were served raw potatoes, alongside multiple cockroach sightings, after ward fridges broke down and food went off.

The most common incident was classed as general infrastructure failure, with 344 such incidents reported in the past 12 months to February 2021. There were 194 power and heating failures, 85 fires or fire alarms, 59 sewage and water damage incidents and 28 pest control cases.

Out of the 80 NHS trusts, Lewisham and Greenwich Trust in south London had the most clinical service incidents, averaging almost one per day at 325. Northampton General Hospital Trust reported 260.

Jonathan Grieve, from MyJobQuote.co.uk, which unearthed the data said: “When we see figures like these it is plain to see that the NHS is in dire need of more money to support basic infrastructural requirements. By investing in the NHS now, it will enable staff to care for patients to a much higher standard.

“Providing quality patient care has to remain a top priority. The NHS has faced exceptional challenges over the past year, this is why it is so important to shine a light on these issues now, so they can be prevented in the future.”

The government has increased capital spending on the NHS in 2021 to £5.8 billion and has pledged to re-build 48 hospitals as part of a health infrastructure plan. But many in the NHS say this still falls short of what is needed.

NHS Providers deputy chief executive Saffron Cordery told The Independent: “It is concerning to see the impact of the deterioration of the NHS estate on clinical services in the past 12 months, amid a staggering maintenance backlog which is broadly equivalent to the annual cost of running the entire NHS estate.

“The NHS has responded incredibly well to extraordinary challenges over the past year, but it will need the right resources to be able to deliver quality care now and for the future. We urge the government to help provide the funding the NHS needs.

“Patient safety is a high priority for trust leaders – but unless the eradication of the backlog is tackled with urgency, the outstanding maintenance cost will continue to rise. There needs to be a major increase in the levels of capital expenditure available to all trust types – not just acute, but mental health, community and ambulance as well.”

Other incidents at NHS trusts included:

The Department of Health and Social Care was approached for comment.