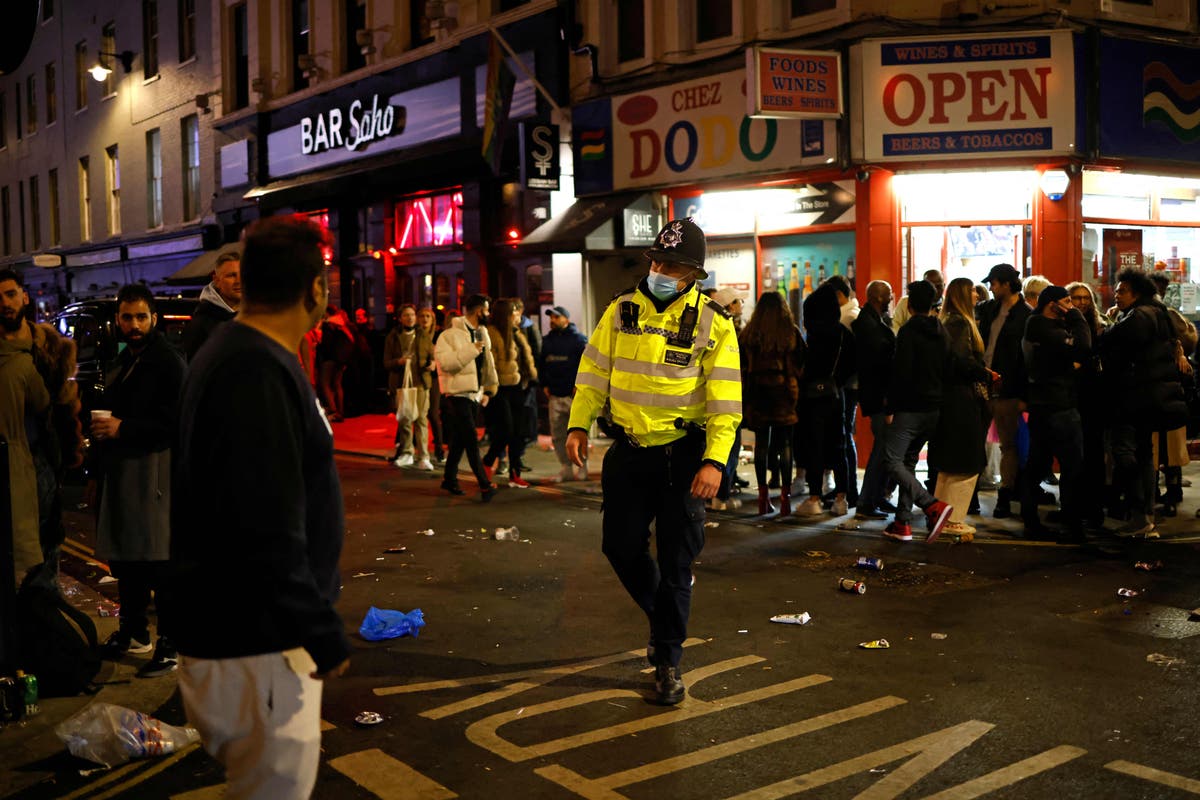 Police in some areas of Britain have “increased the number of crimes they decided not to investigate” during the coronavirus pandemic, a watchdog has revealed.

HM Inspectorate of Constabulary warned that victims were being affected by potentially “worrying” changes, which come as the proportion of recorded crimes charged stands at a record low of 7 per cent.

Inspectors said that some police forces stopped checking on registered sex offenders in person if they were deemed low or medium risk, and were releasing more suspects on bail rather than keeping them in custody.

More calls from the public were dealt with remotely, rather than by officers attending in person, and some forces “cut resources and rationed services before they needed to”.

A report on how police services in England and Wales have responded to Covid-19 said: “To reduce the risk of infection, some forces increased the number of crimes they decided not to investigate because they were unlikely to be solved, and reduced their in-person visits to registered sex offenders.

“While these may have been sensible decisions at the beginning of the pandemic, forces should keep these changes under review and consider the effect on the public of permanently adopting any of them.”

Early in the pandemic, some forces chose not to pursue any warrants for arrest or outstanding investigations that could result in arrest.

The inspectorate said they had been “screening out” crimes they assessed as unlikely to be solved, to manage workloads and allowing more time for serious offences and those with clear lines of inquiry.

It warned that the changes could be defended for low-level crimes for a “limited time” if resources were stretched, but that police needed to analyse the effect of the changes on justice.

“We have concerns about the possible detrimental effect for victims resulting from any changes in approach,” the report said. “Any changes in decisions about whether to investigate offences with viable lines of inquiry or named suspects would be especially worrying.”

The watchdog said that the use of pre-charge police bail had “increased significantly” during the pandemic, with some forces saying they were struggling to obtain timely decisions from the Crown Prosecution Service (CPS).

The most recent statistics show that in the year to September, only 7.3 per cent of crimes recorded by police in England and Wales were prosecuted.

The figure was lowest for rape, at 1.5 per cent, wider sexual offences at 3.6 per cent, and theft, criminal damage and arson all on around 5 per cent.

The number of reported incidents being dealt with remotely by telephone, email or webchat rather than by police officers in person has risen over the past year, the report said.

Inspectors warned that although the methods reduce coronavirus risk and may be preferred by some victims, deployment decisions must maintain standards “benefit the person concerned and not just benefit the police”.

The report called for police forces to analyse the effect of remote interaction with the public on victims’ willingness to engage with the criminal justice system, rapport-building with witnesses and protecting vulnerable people.

Inspectors found that officers in some areas did not appear to follow the national requirements for self-isolating for test, track and trace, because of concerns about staffing.

Some unnamed police forces “saw self-isolation as unnecessary”, the report said, and created their own systems to reduce self-isolation for staff without coronavirus symptoms that violated national guidance.

“We also heard about force policies where senior officers did risk assessments to circumvent the need to self-isolate,” the report added.

Inspectors found evidence of some confusion among police officers over the changing criminal laws on coronavirus restrictions, and separate government guidance.

Forces “expressed frequent frustration at the lack of notice they were given about some changes in the law and guidance” and told the watchdog they were not consulted on some new laws, only hearing about them at televised government briefings.

“Forces must immediately make sure they can manage their responses to changes in coronavirus-related legislation,” the watchdog said. “They must ensure frontline officers and staff are clear about the difference between legislation and guidance.”

The report concluded that the police service responded well to the pandemic overall, and that increased remote working and online contact with the public could have long-term benefits.

Chair of the National Police Chiefs’ Council Martin Hewitt said: “I’m immensely proud of the way forces across England and Wales have responded to the pandemic. Officers, staff and volunteers have worked very long hours, frequently going above and beyond the call of duty and often putting themselves at great risk, to help keep people safe.

“Like many other organisations, policing has had to adopt new ways of working and adapt to both following and enforcing new legislation at speed. We haven’t always got things right straight away, and we have sought throughout the pandemic to learn as we go and improve the service we provide.

“As lockdown eases and we start to look towards recovery, we will consider the recommendations from this report as part of this learning, working with our partners across government, law enforcement and the criminal justice system.”

HM Inspector of Constabulary Matt Parr said: “Overall, the police rose to the challenge with dedication and commitment by taking immediate and decisive action to keep people safe and prevent crime, while also learning lessons from the rare occasions that they got it wrong.

“We have made recommendations to help the police improve their response to the pandemic, and to prevent existing issues in policing being made worse. The police, the criminal justice system and government need to work together to solve these problems.”

0 0 0 0
Previous : Two-fifths of renters in England ‘have had to live in dangerous conditions for fear of eviction’
Next : MPs urge Treasury to publish economic assessment of post-Brexit freeports in UK